The history of the American West is filled with many characters and great personalities. How the West was won or lost, depending on which side you were on, can be told through the lives of many people. Not all of them were cowboys, outlaws, gamblers, or lawmen like those often depicted in movies and novels; some were photographers. One of the photographers whose story weighs heavily is William Henry Jackson.

Jackson was born on April 4, 1843 in Keeseville, NY, just four years after the invention of photography. He picked up a camera at the age of twelve and spent his life documenting the world around him, especially the American West.

Jackson was also a painter and often combined the two skills by hand-tinting photographs, both for himself and for other photographers. As a teenager, he tinted and retouched by hand for photography studios in Vermont.

Jackson served in the Civil War as part of the 12th Vermont Infantry where he participated in the Battle of Gettysburg. After the war, he moved to Omaha, Nebraska, which at the time was right on the border. There he opened a portrait studio with his brother, but by his own admission, travel and landscape photography appealed to him more than portraiture.

Omaha was the headquarters of the Union Pacific Railroad, which commissioned him to photograph scenic views along the route for publicity and publicity for the railroad. This began a long relationship with Railroads as a photographer and illustrator.

From Omaha, he made many “photographic campaigns” in the west to photograph and paint landscapes as well as the inhabitants of the region. In 1869, the publisher E & HT Anthony, which later became Ansco, commissioned 10,000 stereograms of Western landscapes from him. He was also hired as an official photographer by the US government for the Hayden United States Geological Survey.

He spent summers for eight years on the Hayden team, shooting thousands of large format images mostly with a 20×24 camera. It was the wet plate era, which meant he had to transport hundreds of large glass plates in a horse-drawn carriage, set up the very large camera, coat the plates in a dark tent, expose the image in the camera, and develop the plates before the emulsion dries. He’s done it thousands of times in some of the toughest conditions imaginable.

The Yellowstone region of Wyoming had been a source of fantastical tales of boiling lakes, dizzying waterfalls, and hot water gushing hundreds of feet into the air. Most were considered outlandish or at best myths. When Jackson showed his beautiful photographs of Yellowstone to the U.S. Congress, they were forced to designate Yellowstone as the first national park on March 1, 1872. Since there was no national park service, congress sent the military to set up a post and patrol the area. Fort Yellowstone at Mammoth Hot Springs was active until 1917, when the National Park Service took over maintenance and management of the national parks.

In 1873 he sold 40,000 negatives to the Edison Institute in Detroit, and the Denver Public Library purchased 2,000 photographs of the Rockies for their permanent collection.

In 1879 Jackson moved to Denver where he started a large and successful photography business called “The Jackson Photographic Company”. He had a large team there including a printer, an editor, a retoucher and two receptionists. Over the next fifteen years, he made over 30,000 negatives for the railroads. He also published books, posters and various other photography-related items such as postcards and stereoscopic views.

He also traveled abroad. From 1894 to 1896 he worked at the World’s Transportation Commission where he became known as the “great American ambassador”, taking numerous photographs in the Near and Far East, Australia, China and Siberia/Russia. 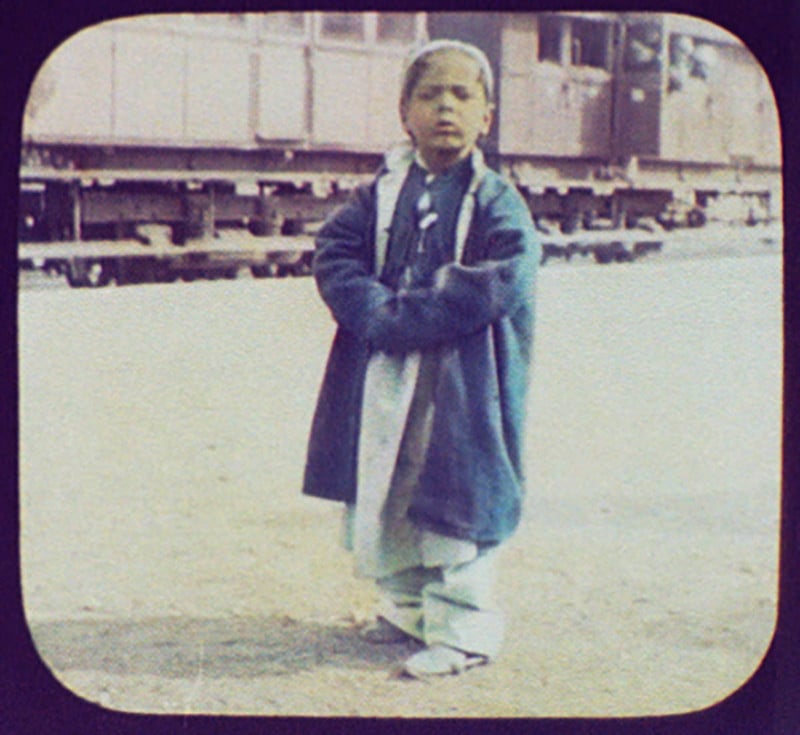 In 1897, Jackson accepted an offer from the Detroit Publishing Company, which was a major maker of postcards and stereographs, becoming a major shareholder and executive. The Detroit Publishing Company tapped into its collection of 40,000 negatives to sell about 7 million images a year. For most of this time, Jackson was the production manager, which left him little time for travel. He held this position until 1924, when he was 81 years old.

The Home Office hired him in 1935 to paint four large murals depicting scenes from the Hayden Inquiries from the 1870s to 1880s for the new Home Office building.

Throughout his nearly 90-year long career, Jackson photographed and painted many subjects and scenes that have become integral to our view and understanding of the American West. 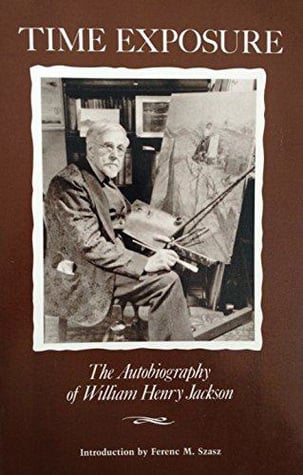 One of his last jobs was as a technical consultant for the movie “Gone with the Wind.” With a long list of experiences dating back to the Civil War and before and his massive collection of pictures, photographs and paintings, there was probably no one better qualified for the job.

In 1941, Jackson was interviewed about his experience roaming the Wild West as a photographer.

Jackson died in 1942 at the age of 99 and is buried in Arlington National Cemetery. He is now in the International Photography Hall of Fame who provided some of the information for this article. There is much more information available from various sources, including his autobiography, for those interested in a truly important photographer and businessman and an accurate history of the old west.

Those of us who followed the paths of William Henry Jackson and other pioneering photographers continue to be amazed at the sheer tenacity and effort these early photographers put into achieving these great photographs. Now we can travel to those same places on paved roads in modern vehicles and use modern high-performance digital cameras that give better images than even the 20×24 glass plates Jackson sometimes used.

We needn’t feel guilty for how easily we have it today, but rather be grateful to those pioneering photographers who came before us.

For more information and references, here are some of the resources used in this article:

There is also a detailed article on William Henry Jackson on Wikipedia.