I subscribe to Premiere Pro and own Final Cut X and Da Vinci Resolve. I thought about which to focus on to become a better editor and video professional. I considered ease of use when editing and exporting, everyone’s support and community, and market demand.

Cost is also a factor, so it helps to know what you’ll be paying for in the long run, say, for the next 10 years. I also consider what each of these brands stands for, from my personal perspective. These are my findings.

Each of them has a timeline that you edit with. Media is imported and it’s not difficult to start browsing and moving clips to the desired position. But what differs is how fast it does it and whether your computer can handle what you give it to process. Premiere Pro requires the most work before it can easily move around the timeline. Proxies need to be generated, but once done, it’s easy to switch between raw and proxy images in the timeline.

Final Cut does this almost automatically. This is done in the background if you did not uncheck the box during import.

DaVinci Resolve has this feature as well, and it’s on par with Final Cut here. It’s pretty impressive to think that Final Cut is software produced by Apple, and DaVinci does it all on its own.

I would say that Final Cut doesn’t intimidate you as much as Premiere Pro or DaVinci Resolve when you first open it. It’s more user-friendly that way. But, if you don’t make the necessary changes before you start editing, your hard drive will fill up quickly. The app wants to import all images into the default library, which essentially creates a copy of the images. You can change it, but the other two import the media and keep it in its default location. This is probably how Apple likes to control how you work with the application and images, whereas Premiere Pro and DaVinci Resolve are much more open to your interpretation.

Final Cut’s magnetic timeline is quite annoying to some, but it’s also the main reason many use the app. DaVinci Resolve has a snap timeline when cutting clips in the Cut panel, then switches to a free timeline in the Edit panel. It’s almost the best of both worlds. In my opinion, the way DaVinci Resolve uses it is justified. It’s not necessary all the time, but it’s useful when you’re going through rushes or assembling the rough edit.

Premiere Pro and DaVinci Resolve have panels for every part of the video production workflow. Final Cut does not. In my opinion, DaVinci Resolve panels are the best for starting and finishing a project. Premiere Pro still allows color changes to be made in the edit page, which could essentially make it unnecessary to switch between the two. DaVinci Resolve has dedicated panels for media, trimming, editing, color and effects. The only place where media and effects come together is during the edit panel, which makes sense. Final Cut does not provide panels. You have a timeline, and that’s the goal. What you do with it is add video, audio, text, and effects. It’s simpler and more direct. But it’s also limiting in that regard.

While you have great third-party plugins for Final Cut and Premiere Pro, DaVinci Resolve is the pro staple when it comes to color. It’s what the industry uses to rank big movies.

If you’re shooting ProRes or raw footage, that’s as good as the color you can get out of it. In this way, it is quite ironic that Apple, the founder of ProRes, has quite limited professional software in this regard. DaVinci Resolve has so much more to offer. Not only base notes, but also masking certain parts of the image that you want to classify differently, tracking them, and creating a look is much better in DaVinci Resolve than in Premiere Pro or Final Cut. 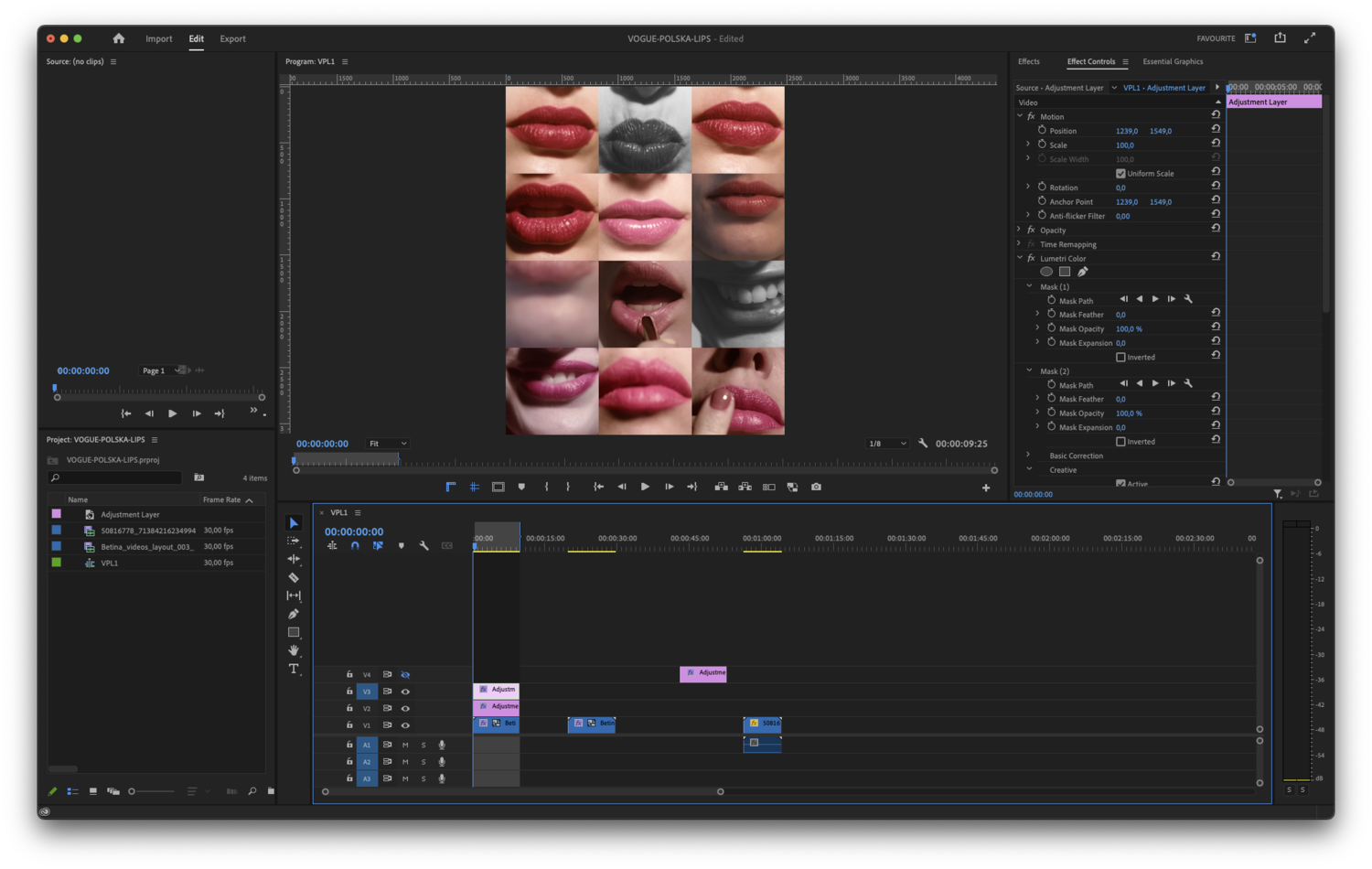 If you consider the capabilities of Premiere Pro when you can add the power of After Effects with dynamic links, this trumps the others. This, of course, only if you are familiar with the application. If you plan to add custom graphics to your videos, Premiere Pro and After Effects are the way to go. However, Apple Motion’s Fusion panel and DaVinci Resolve can offer great graphics generation options, but community support, which means the amount of education available on YouTube, is limited, while the amount of tutorials you can find for Premiere Pro and After Effects is in a state of abundance.

I have to say, though, that the training page on the Black Magic Design website has a comprehensive set of tutorials based on each of the workflows, from editing to color grading. If you’ve ever watched YouTube tutorials, you might have heard the name or watched Sam Kolder’s videos. And even he completely migrated from Premiere Pro and is now launching a course on DaVinci Resolve.

Resolve and Premiere Pro have the ability to export individual clips. This is useful if you need effects added to certain clips on your timeline.

I’m a cinematographer and director, I’ve shot commercials for Gillette and Avène and social videos for Harper’s Bazaar and Vogue. I can say the industry standard is to use Premiere Pro. Premiere Pro projects are passed as industry standard. Will that change soon? I don’t think so, although I think DaVinci Resolve is becoming more of an option with their cloud integration. Final Cut is actually considered a no-fly zone because it’s difficult to use XML data in DaVinci for color grading.

Unless Final Cut changes to make video production a collaborative experience, its use will become more for personal projects than commercial work. Many movies have been edited with Final Cut, but in the commercial industry it’s not widely used.

I think another aspect of Premiere Pro is the speed of startup and the ability to move the whole project by dragging it into a separate folder on a hard drive. If I wanted to move a project created with Final Cut or DaVinci Resolve, I have to go into the application and export it from the database. For short videos, it’s also easier to add effects and do things with the video that you wouldn’t necessarily see in commercials or movies. Making video collages or adding effects is just easier to do in Premiere Pro and After Effects, so that’s what’s used.

If budget is concerned, basic skin retouching can also be done in After Effects rather than Autodesk Flame. This way Premiere Pro is easier to use for everyone in the production pipeline. I have to say that I’m not well versed in editing in DaVinci Resolve yet, although I’ve heard good things about it. 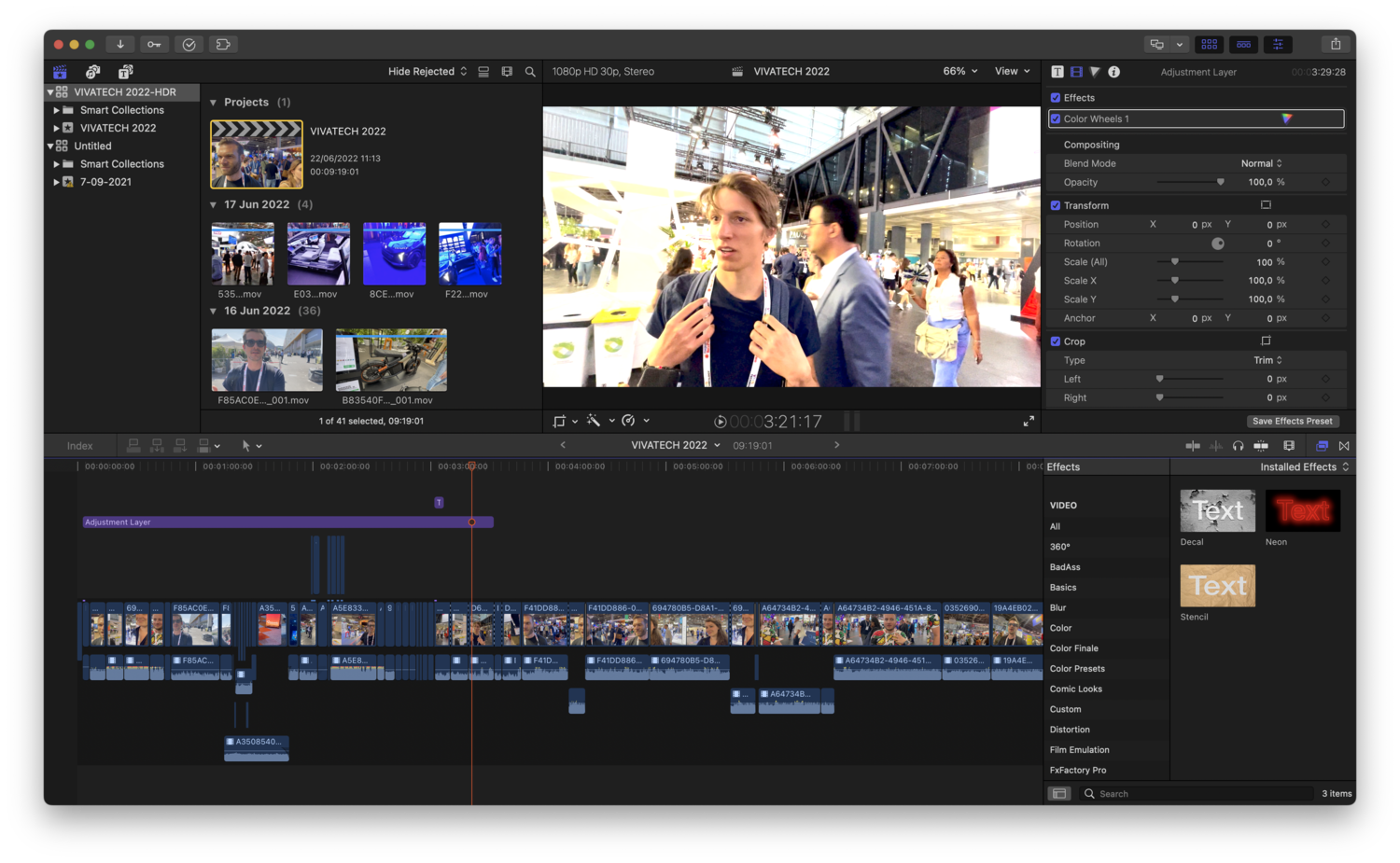 What each company stands for

Adobe has its Creative Cloud. All the apps you need to do a great job are included in one monthly subscription. Its slogan is “Creativity for all”. I think it’s powerful from a branding perspective, although buying this will cost you financially in the long run. Adobe Creative Cloud will cost you $55 per month. It will be $660 per year, and over a 10-year period you will pay $6,600. I’m assuming you’re a photographer or visual artist so you have the whole suite available to you for that price so maybe it’s not too expensive if you think that’s the monthly cost of your whole business .

DaVinci Resolve is software acquired by Black Magic Design. They modified it and made it what it is today. You can actually download a free version. It’s not time-limited, but this free version doesn’t give you all the features it has. In this way, they are much more oriented towards “Creativity for all”. They also manufacture cameras and video production equipment. The Black Magic Design Pocket 6K Pro is the cheapest camera that records raw footage in body and ProRes 422. And if you support this way of a company trying to make it possible to capture video and edit it professionally at the lowest possible cost, Black Magic Design is the one to choose. You can download a very capable free version, get the Studio version for free when you buy a camera or gear they make, or buy it outright for $295.

Apple is the richest company in the world. It’s amazing to think that the company is based on and made for the creative industry. Creative technology is therefore winning out over companies in oil, logistics and all other sectors in the global market. An example of this is the Mac Studio. The way they build their new M chips with integrated video processors also shows their focus on the broader creative industries. So it’s amazing to be here at this exact moment, where your machine can edit layers of 8K footage if needed. But, it’s strange to consider that they give you all that editing power, with software that isn’t used as the industry-standard tool they’re built around.

I may be biased because I own a 6K Pro Pocket camera from Black Magic Design. So I also have Da Vinci Resolve Studio. But, I subscribe to Adobe Creative Cloud because I also do a lot of photo editing and when my team shoots commercials, we do the rushes and the editing in Premiere Pro. I bought Final Cut because I wanted to switch to an easier way to output videos, but I got stuck when it came to collaboration.

However, when shooting video the same day, the DIT would import footage using Resolve, as it has an excellent backup feature, and the director can rest assured that when a card is formatted, images have been captured, transferred, verified and saved. , which I don’t believe Premiere Pro or Final Cut can do.