As a photographer, you may be on the street or at a landscape vantage point. You raise the viewfinder to your eye, dial in the framing you imagined, then click the shutter. You have an image that was acquired using the technical elements at your creative disposal: focal length, shutter speed and aperture. But where was the camera?

If love is in the eye of the beholder, then the image is in the eye of the photographer. The camera is an extension of our physical visual perception – our sight – and something we can create and externalize in order to present what we see to others. In fact, it’s more than showing what we see, it’s creating what we believe. The image visualizes our deepest emotions: what we feel, think, understand and know. By presenting an image, you say “it’s me”.

This creates a problem that is perhaps best exemplified by Arnold Schwarzenegger’s T-800 Terminator. The Terminator is an autonomous, self-aware cyborg assassin and has an array of on-board sensors that allow it to interact with its surroundings. According to the Terminator Wiki, these include optical sensors for its eyes, which can register both visible and thermal infrared light, tracking targets independently. System software performs motion tracking, object search and facial recognition, with all information displayed on a 40,000-bit digital display.

But here’s the thing: who’s looking at the screen? We’re only presented with what the Terminator “sees”, but he doesn’t need a heads-up display because, well, he’s a cyborg and that suggests there’s a display in his head.

In that sense, it’s obvious that we’re in a movie and the camera is looking at the heads-up display as a way to mediate what the Terminator is aware of and thus communicate potential intent. It is a visual presentation as a means of telling a story. This is an important point because it is the same every time you view an image; you see what the photographer offers you to see, no more, no less.

From your point of view as a photographer, each time you pick up the camera, you have to decide how the image is going to be presented: what is the intention? Once you know where you want to end up, you can decide what message you’re going to try to communicate and then how you’re going to get there.

It’s the How? ‘Or’ What which determines the perspective that is presented to the viewer and from there I think there are three different viewpoints that can be taken. The first of these – and returning to the example of the landscape photographer – is to present the subject from the point of view of the photographer himself. It’s a shot of “me”, showing you what I see. In the example below we have a classic truck which is – obviously – the center of the image and photographed as the photographer saw it. We see it, in essence, with their eyes. 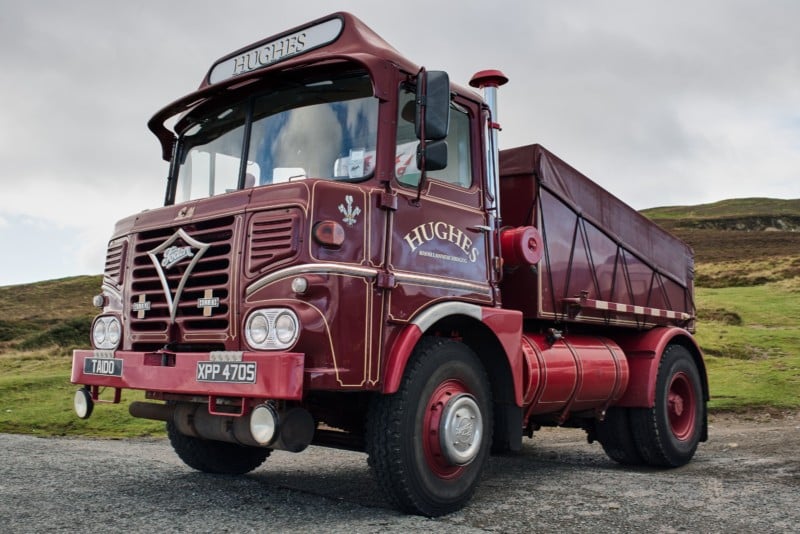 The second point of view is what we call the “you” shot, where it is presented from the point of view as if you were the viewer. In the example below, we have a bar scene with three people engaged in conversation. While it’s clear that the camera is positioned alongside the protagonists, the presentation is as if we’re sitting there participating in the conversation. We can almost smell the jovial atmosphere, the cold beer and the conversations we all have on a Friday after work is done. The image opens up questions and engages you to provide your own imagination to fill those gaps in what we understand of the scene. 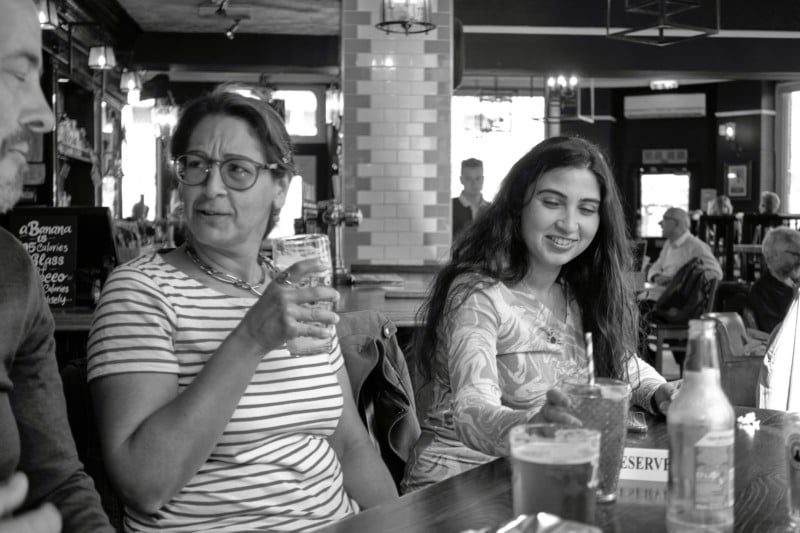 There are two interesting things about the “you” and “me” perspective.

First, the “you” shot is often meant to be immersive, making you feel like you’re really “in” the scene. It’s visceral, to the point that you almost want to reach out and touch it. By necessity, the camera must be close in, which means short focal lengths often 24mm or less. This gives a wide field of view (which begins to approach that of our binocular vision) while being very close to the subject.

It’s a technique that street photographers have long known and is perhaps best illustrated by Robert Capa’s quote: “If your photographs aren’t good enough, you aren’t close enough.”

Essentially, you need to be part of the action. Conversely, “me” shots can often – but not necessarily – be taken with longer lenses. The intention is to isolate a subject to be presented to the viewer, often exclusively from the surrounding visual clutter.

Secondly, it’s also worth noting that these viewpoints are very much alive on video and, perhaps, even more important. It feels like there’s been a shift to a much more visceral, close-up shoot. The Revenant sticks in my mind, but there are plenty of examples. However, the direction of the “you” and “me” shot is important for storytelling, so the next time you watch a movie, notice when the cinematographer changes the narrative of the visual storytelling.

It should also be noted that there is another type of shot, much more common in video, especially with the advent of drone footage: the “God” shot. It can be a perspective that neither you nor I can reach, and which aims to provide an omnipresent view of the action. In fact, any type of shot can be the unbiased, unseen third of the scene, but that’s more evident from a drone.

All of this is a timely reminder that the camera is very rarely a passive observer in a scene, unless it’s a hidden camera. Everything in a scene will interact with the presence of both the photographer and the camera, as the image below shows so well. As photographers, we know how people can “play” with the camera, loving or hating a lens pointed in their general direction. 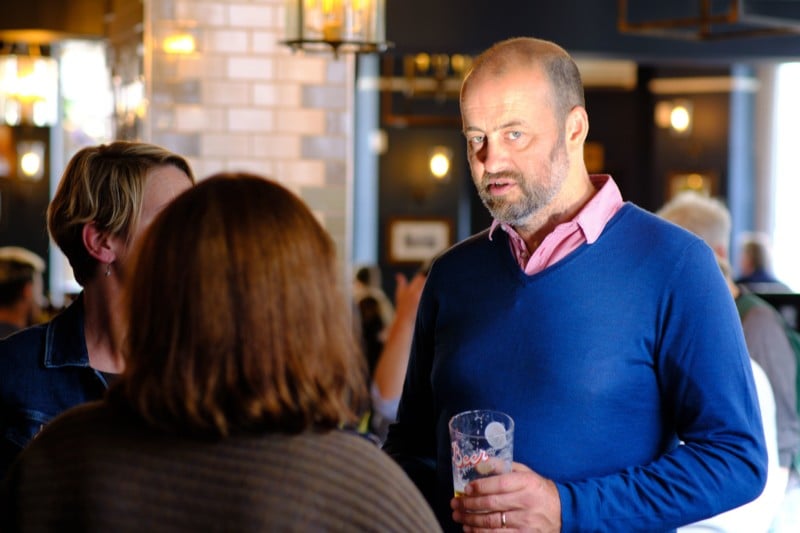 The next time you compose your image, remember the intent, your message, how people will interact with the camera, and the point of view you are presenting. It can make or break a photo.