Profoto is expanding its range of A-series flashes. Just look at the company’s recent focus on Clic modifiers, including the launch of the Clic softbox, which we reviewed a while ago. A few users commented that the A1 series flashes would be too weak to use in some settings with the Clic softbox, which made me wonder if there would be a more powerful flash soon. There was: the Profoto A2.

The Profoto A2 is a small 100W light designed for the traveling photographer. Offering the best of what Profoto has to offer currently, the A2 is a comfortable alternative for those who consider the B10x to be too big. It does almost everything its big brother, the B10X does. The differences are the amount of power it delivers, its size, and its ability to adjust the temperature of the modeling light. The A2 is really tiny, no bigger than a cup of coffee or a Swedish Glögg. This comes at a premium. As with anything Profoto, you have to be prepared to shell out a decent amount.

The Profoto A2 traditionally has a solid construction. It feels and handles like an expensive light. Weighing 27.3 oz or 773 g, it’s not too heavy to hold for long periods of time. Honestly, over the B10, I would choose the A2 any day if I’m racing and shooting. Profoto advertises that the light is the size of a soda can, which is true. It will fit in small camera bags, even shoulder bags designed for a single camera body with a lens or two. In the worst case, you can throw the A2 in the water bottle holder of your camera bag. The A2 will remain in place. The body of the lamp is covered with a rubbery material, which makes it easier to hold the lamp. Compared to the thicker, plastic B10, which can be slippery, the A2 wins.

The Profoto A2 comes with a tilt stand, which you can use to mount the light on the light stand, as well as put umbrellas on it. A few users complained that the button was difficult to use on the B10 series; however, this issue disappeared on the new A2, and I saw no issues with the light clamping in place. 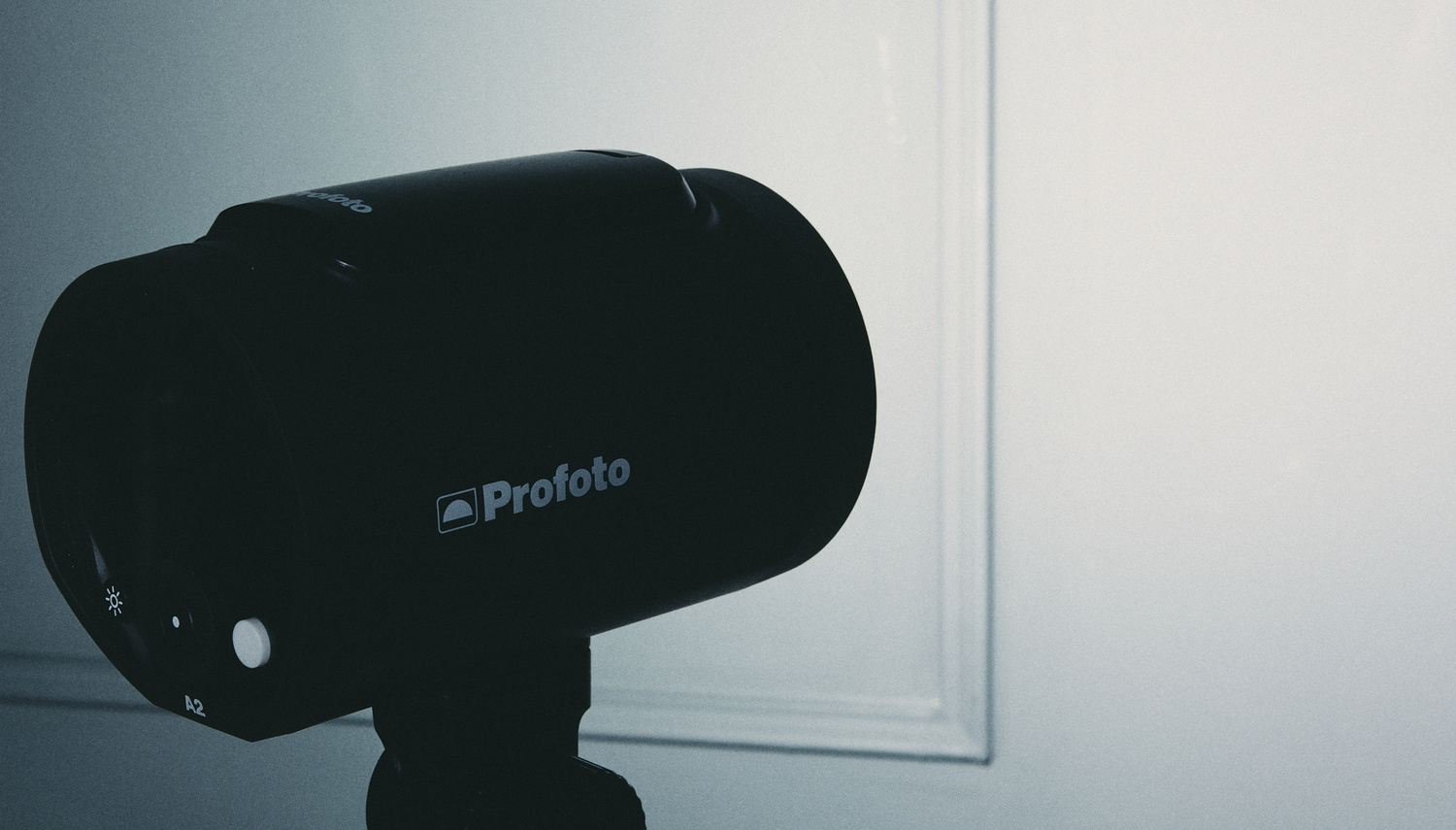 Profoto strives to make connectivity between lights easier and better. This can be seen in their new Connect Pro release, which may have been overdue, along with some new features. The ability to control the A2 from your phone makes it even easier for photographers who want to carry less gear. For example, a photographer who uses an A1/A10 on their camera in combination with a bunch of A2 lights will find it easier to just open the app on their phone and configure the lights. The app itself is constantly being improved, and from now on you can remotely control almost every feature of the A2.

The new connectivity of the new Profoto lights makes it possible to have absolute power values. In the past, users couldn’t see what power their light was set to without walking in and checking that on the device itself. Now you can just check your remote’s screen and find out. And yes, maybe that’s why many users didn’t use Profoto lights. Connectivity matters. 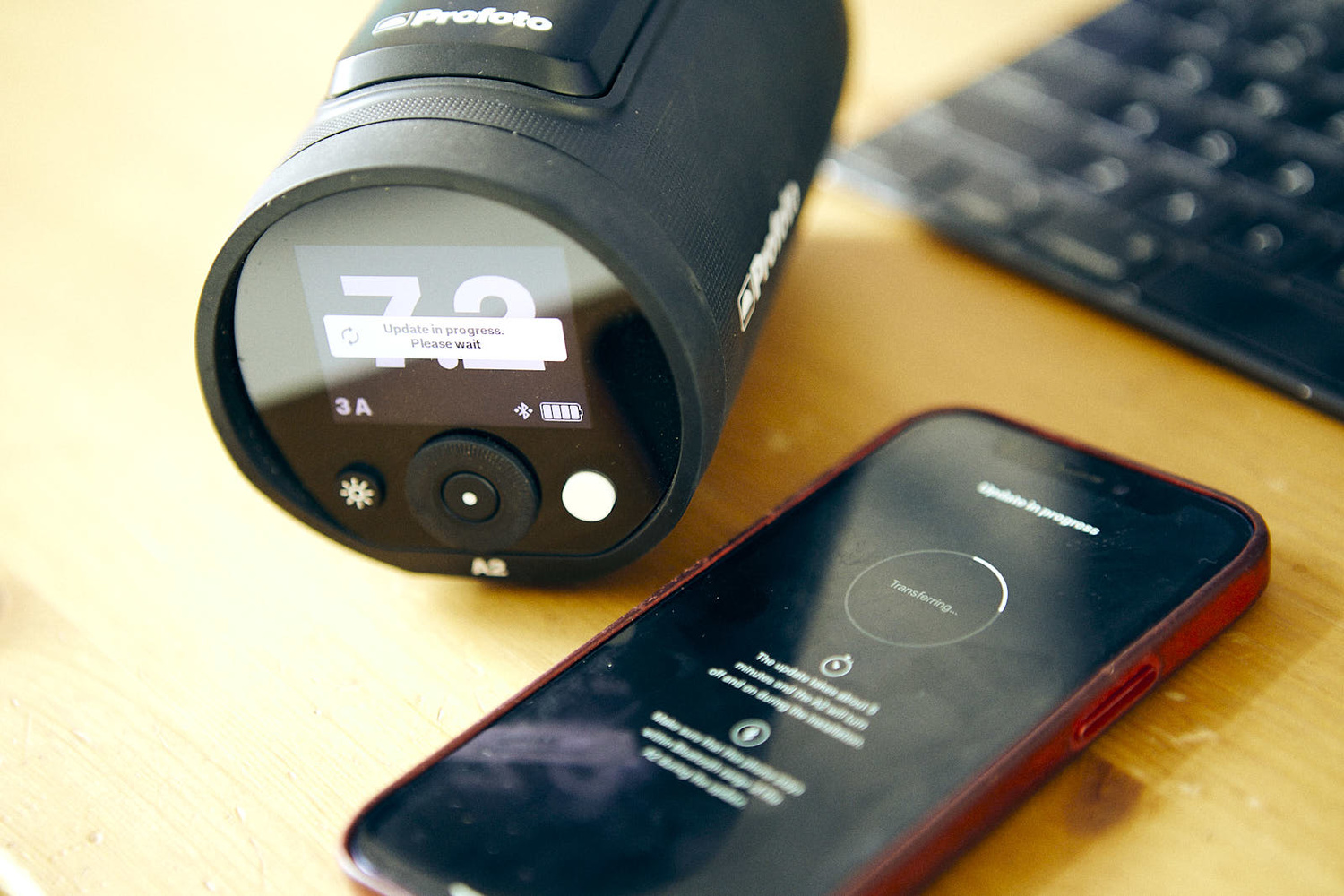 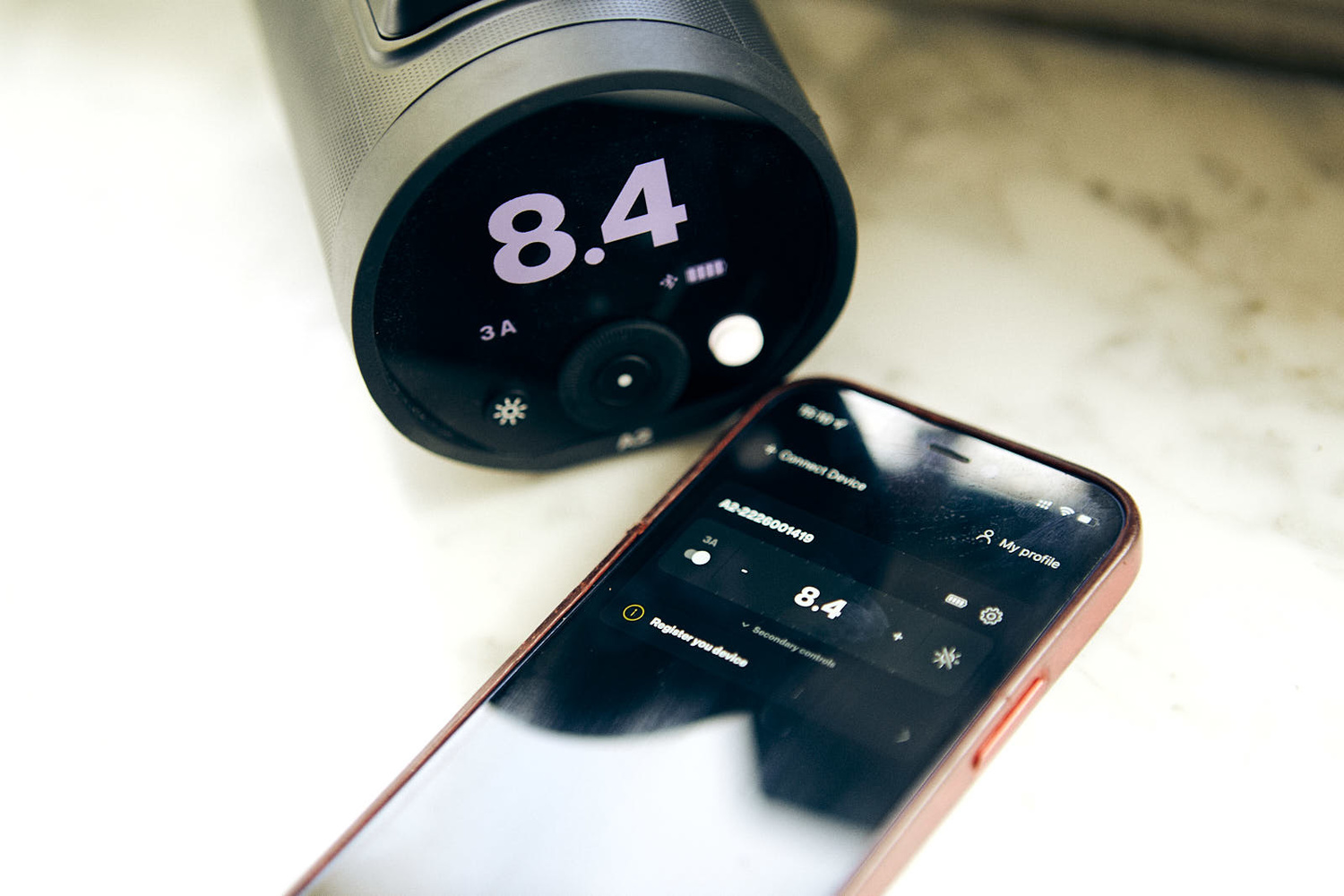 Personally, I love using AirX and I secretly wish I had more lights that support the technology because my current arsenal of strobes has Air-TTL maxed out. Funny enough, I’m looking for a 1998 Pro-7a. But, when I can use AirX on demo units that Profoto has so kindly lent, the experience is second to none. I work faster and focus more on the creative side of the process. Profoto has really put a lot of effort into improving connectivity in its ecosystem, where perhaps the future of lighting lies. 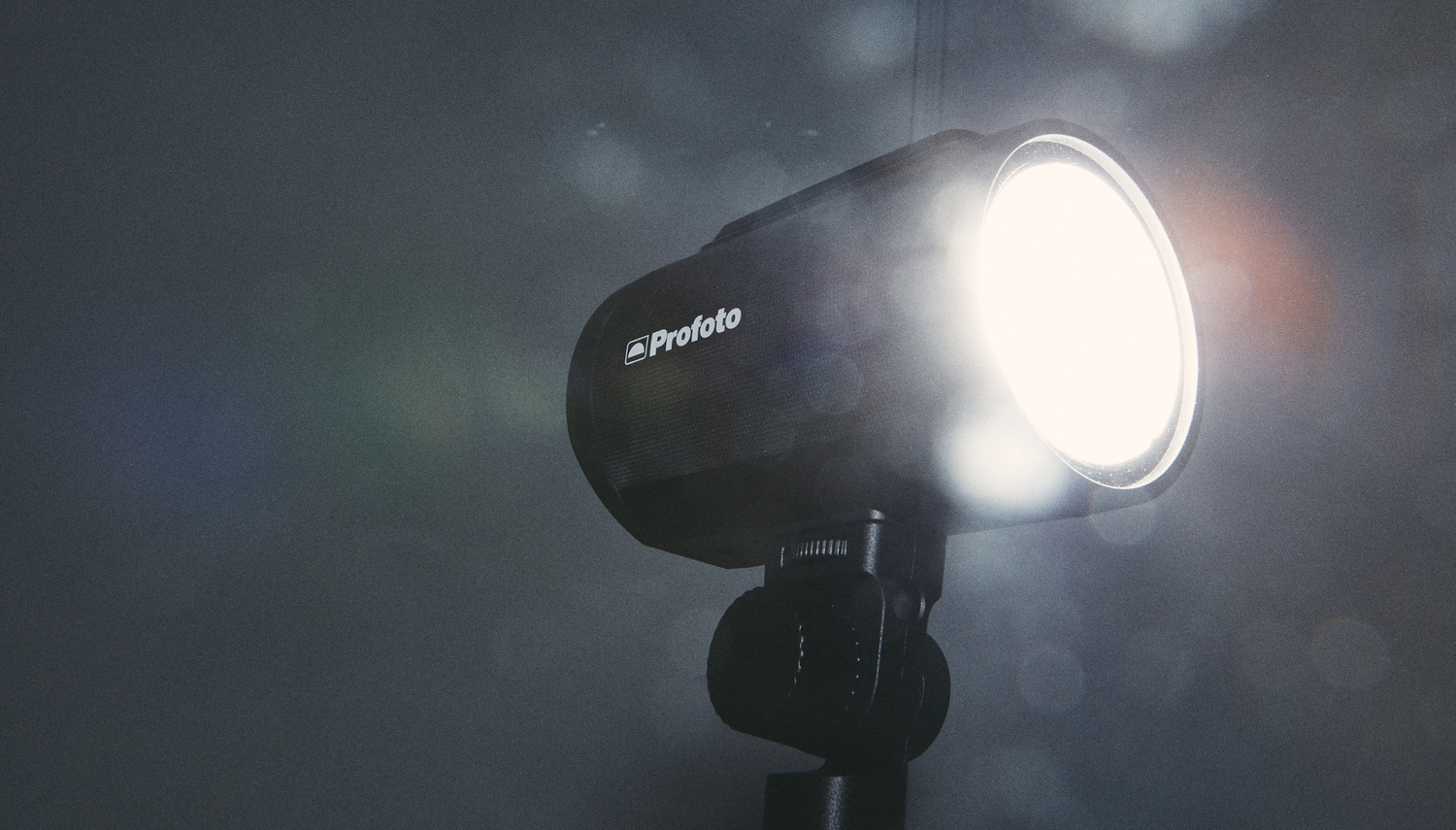 The A2 delivers 100Ws of power at 5800K, which is slightly warmer than other Profoto lights. Flash duration is excellent, however, with a t.1 value of 1/350s at full power, it will freeze motion very well. The t0.5 value is even better: 1/1200s, which is already reminiscent of the performance of the D2s. Remember, the A2 is a small light made for the traveling photographer. It won’t disappoint those filming active sports or freezing motion at events. However, the recycling time is nothing extraordinary: 1.6 s at full power. It’s not too bad, but it could be better as it’s mainly used in running and shooting operations, where the photographer may not have 1.6 seconds to wait for the action. The perfect moment only lasts for a while. 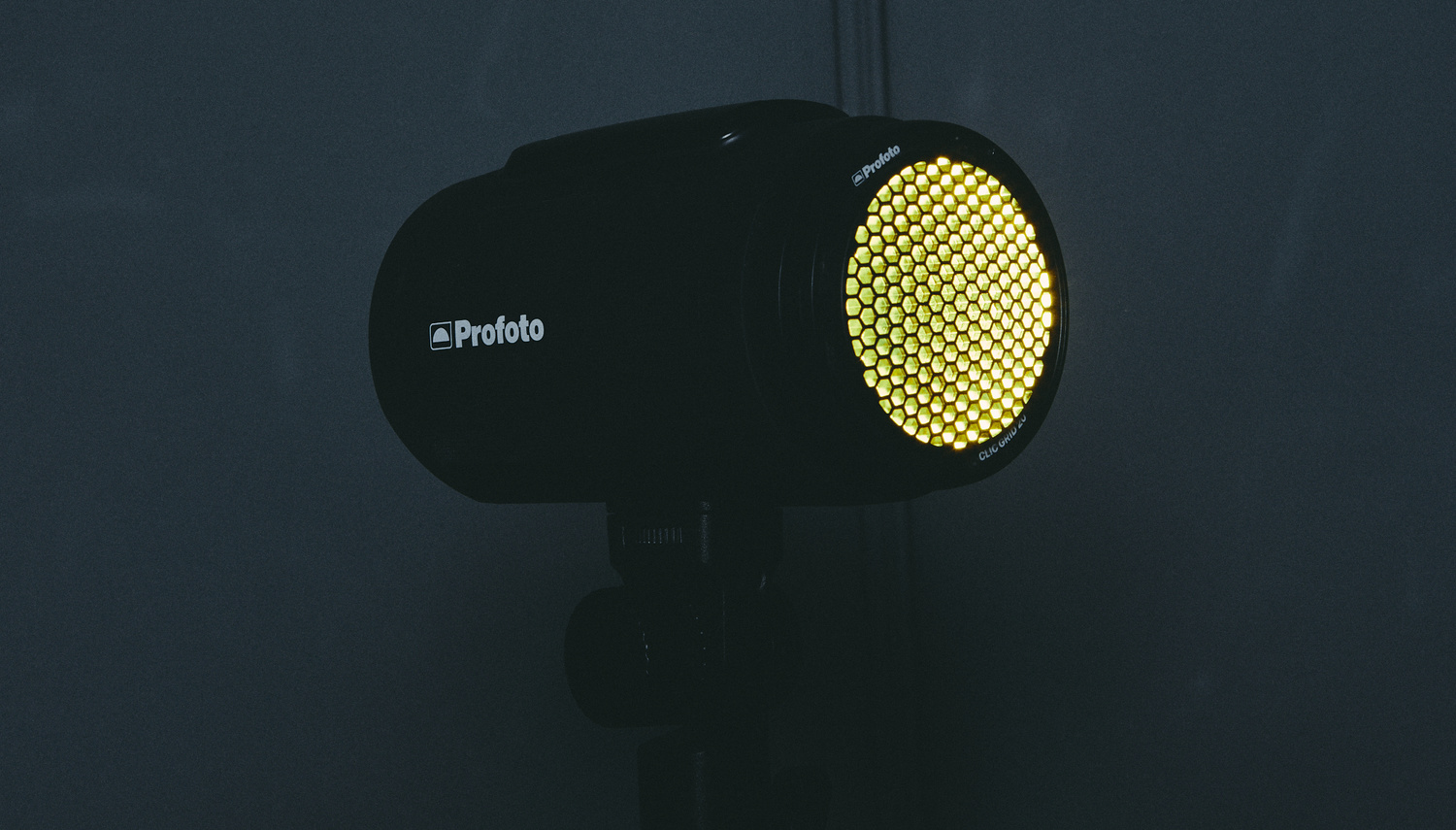 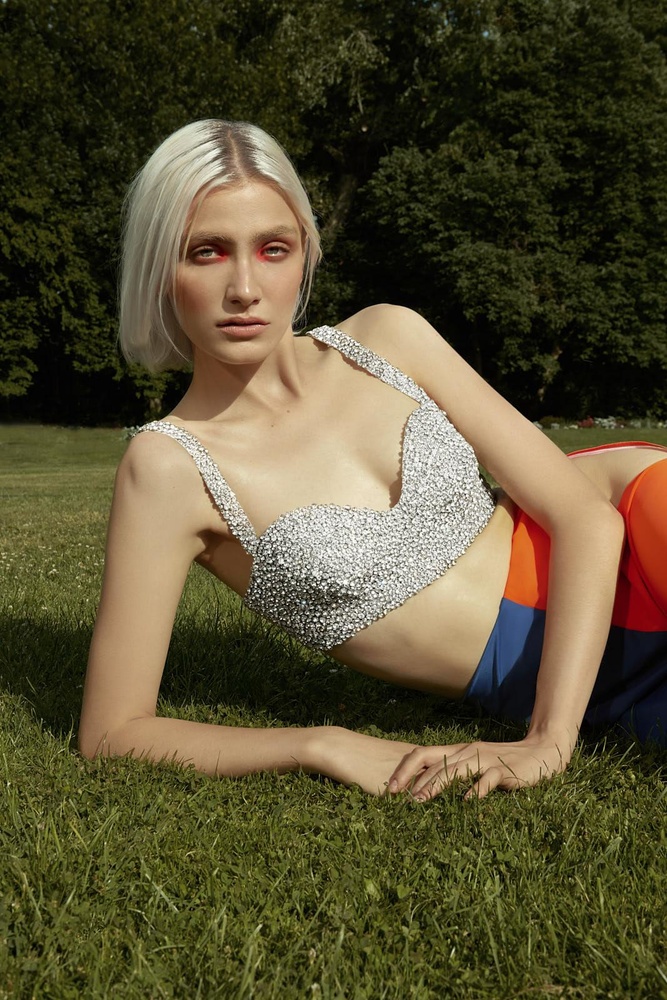 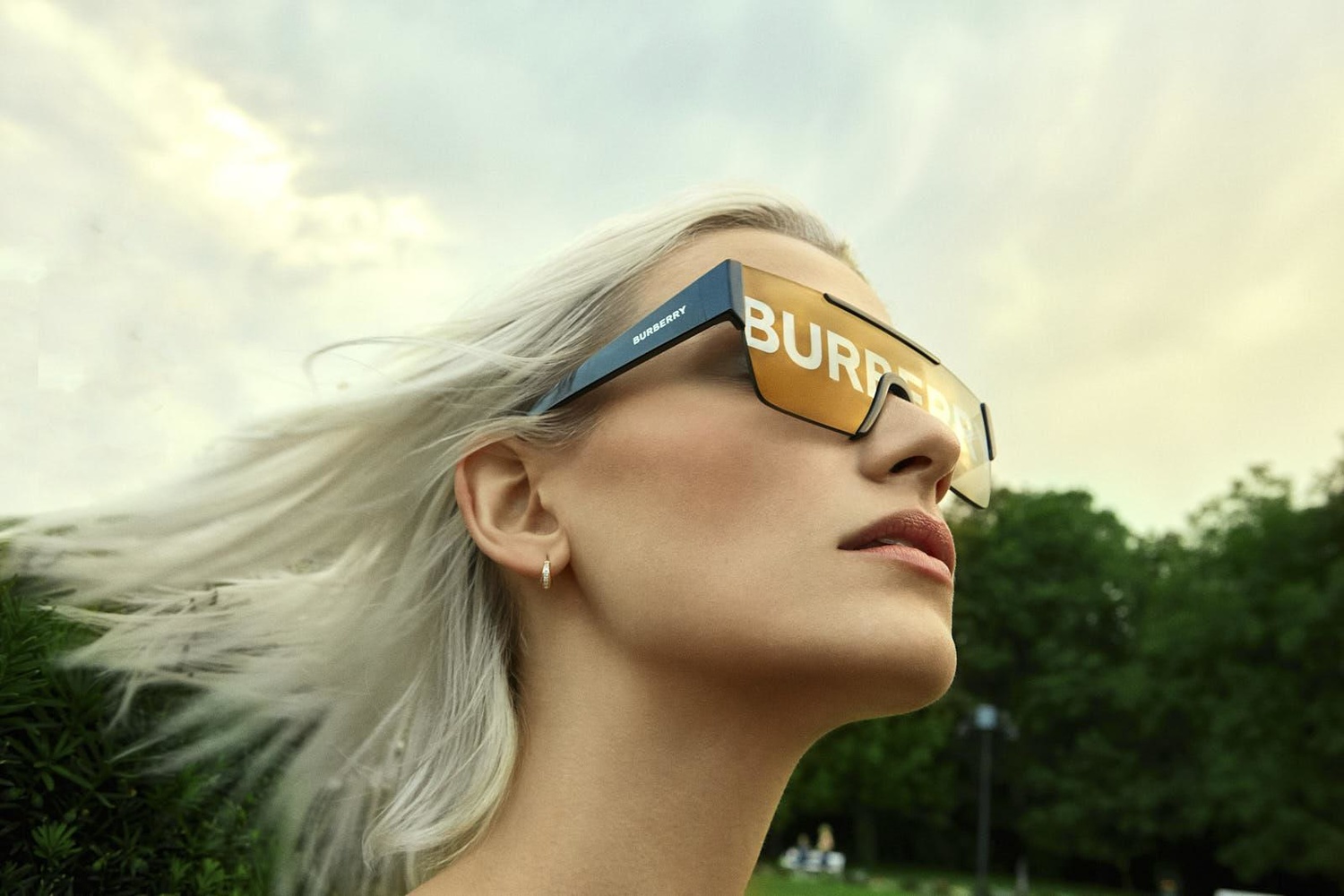 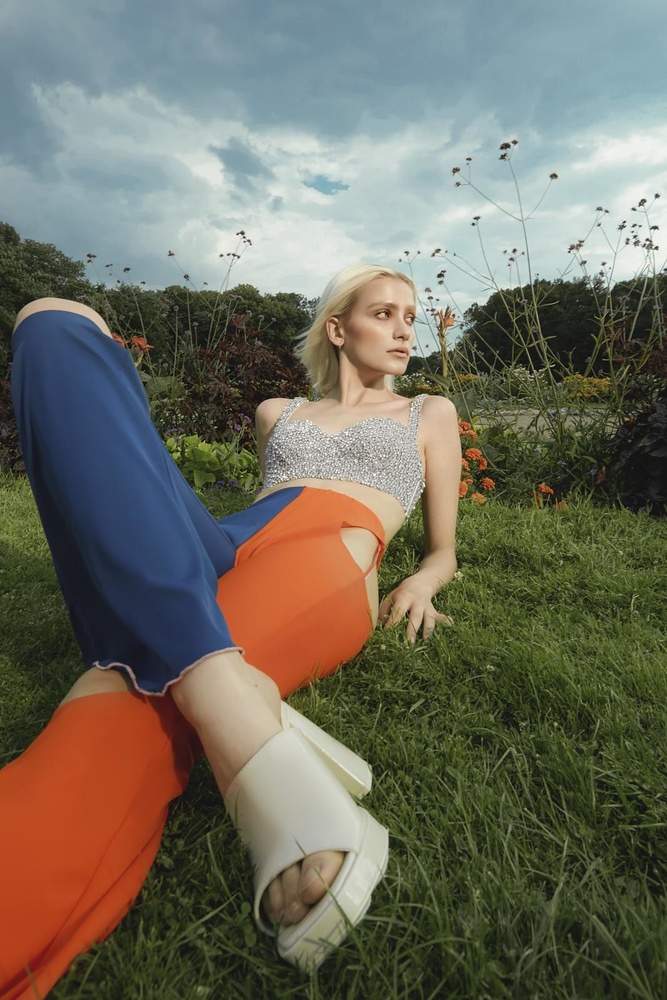 Who is it for?

It sits between the A10, designed primarily for on-camera use, and the B10, designed primarily for the OCF line of modifiers. In a way, the A2 is simply a more powerful, but smaller, shoeless A10. So basically if you’re relying on a few A10s in your setup, say a multi-light wedding setup, you can slowly start shedding them and investing in the A2. The A2 is smaller while being slightly more powerful than the A1. It is an ideal companion for the photographer who has to travel to take pictures and often covers events or weddings. That’s not to say you can’t take portraits or other work with the A2. While dominating the sun is not enough, it is enough to add an extra kick of light to your image. So the Profoto A2 is primarily aimed at the traveling photographer who owns the A1/A10 and wants to add extra lights that won’t take up too much room in the camera bag while still being compatible with the range of tools from shaping the light Click. I would suggest having two A2 lights and one A10 as the main light on your flash. This way, you’ll have a great three-light setup that you can take with you. But beware, because there aren’t too many Clic accessories available at the moment, so it would be great to see more softboxes and modifiers designed for the A-series flashes. For now, there are grids, gels and a Click Softbox.

There is a Clic adapter designed for the A2, which allows you to put OCF modifiers on the small light. However, that’s the opposite of what the A2 tries to be: portable and small. I can’t imagine too many photographers spending $299 on such an adapter. I hope this looks like the original OCF adapter designed for the A10 light: a temporary solution to the much bigger problem of the lack of Clic softboxes and reflectors. 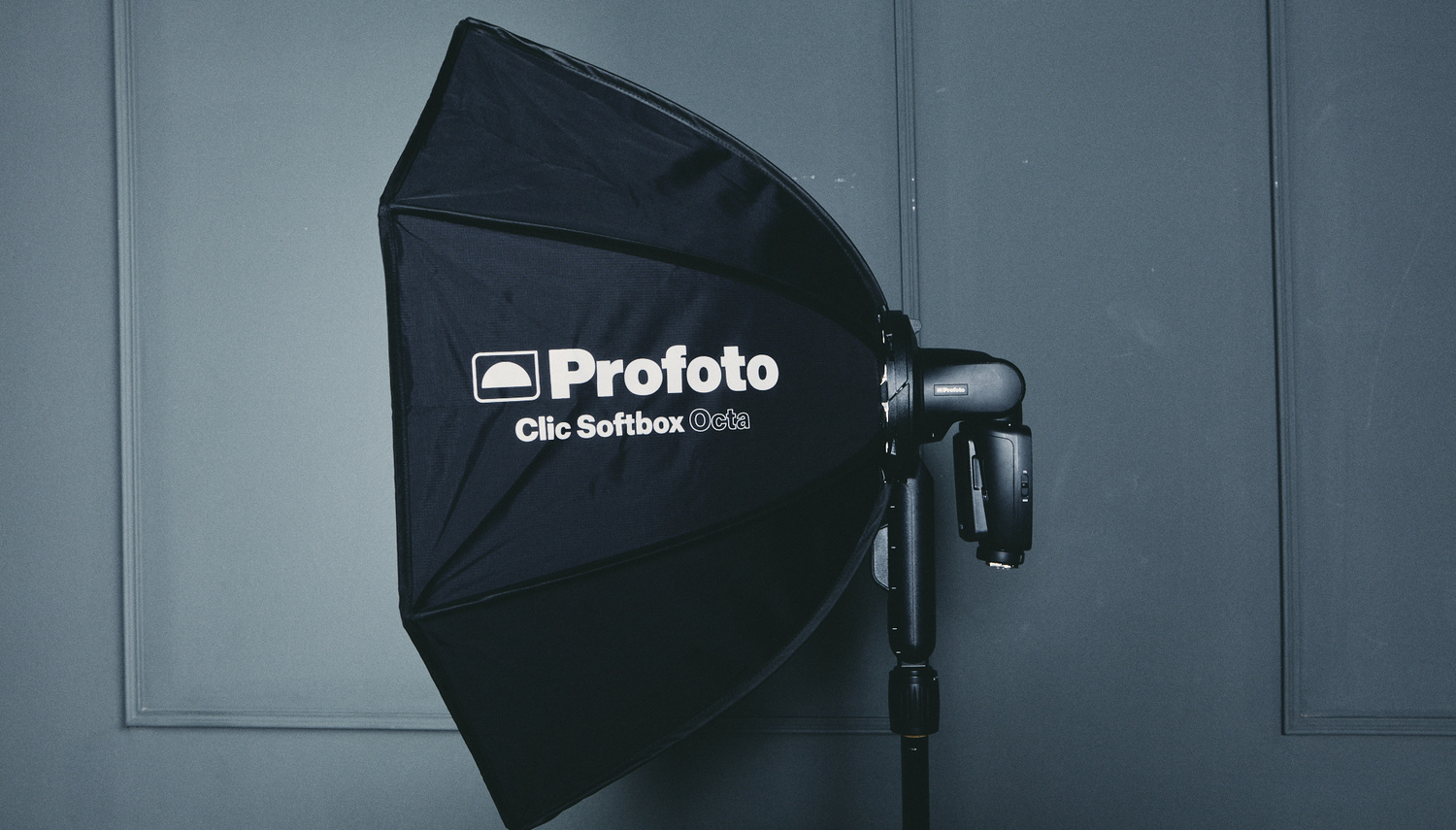 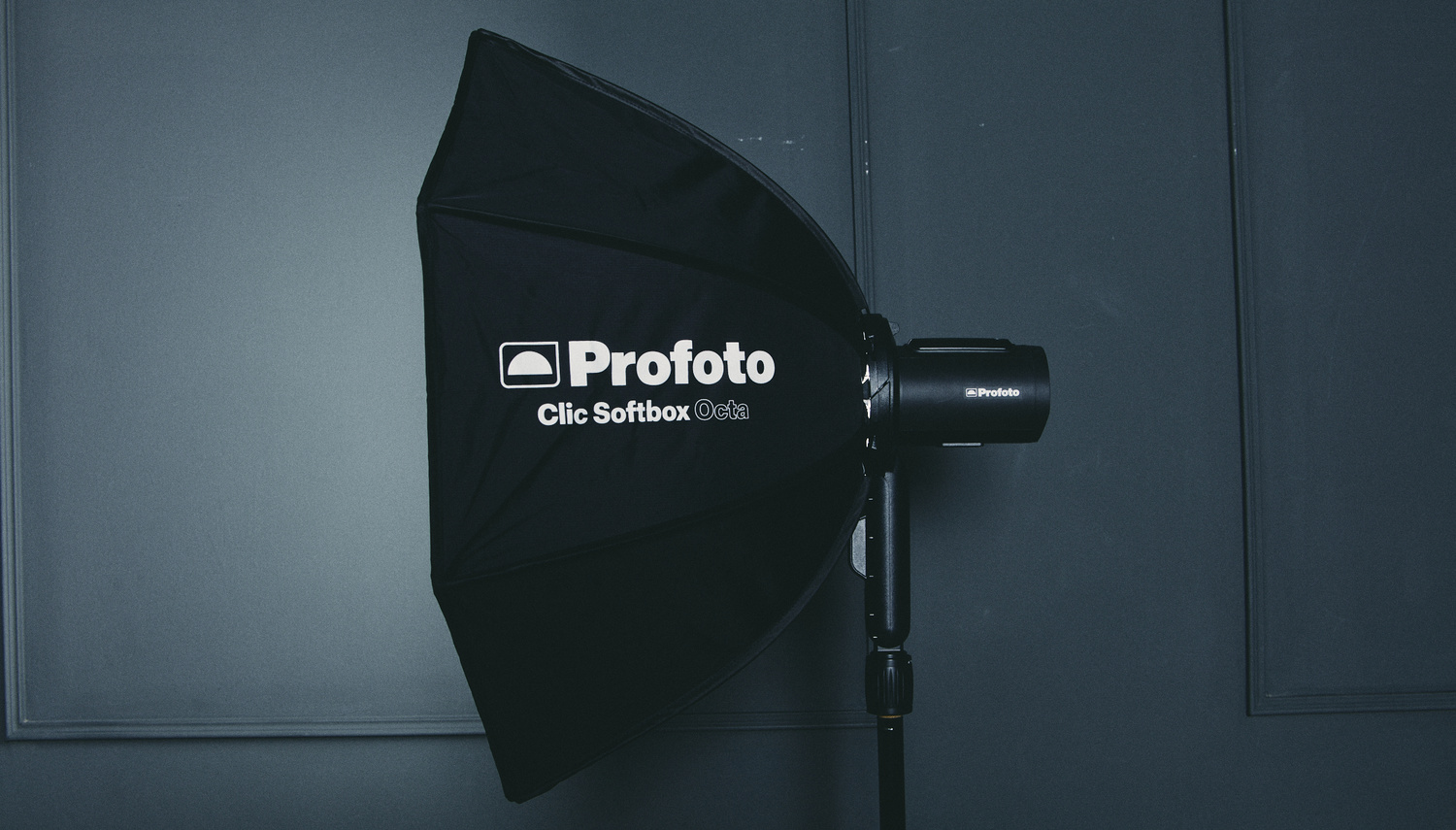 Priced at $1,000, the A2 is a light that delivers above the A1/A10, but below the B10x. It will be a great companion for wedding, street and outdoor photography projects, but won’t be as useful in the studio due to its low power. Ultimately, the A2 is a brilliant run and gun flash. The competition, like Elinchrom One, delivers 30W more light, but it won’t be as compact. Godox has a similar 100W light, the AD100. However, it will be less consistent and the build quality won’t be as good. With that in mind, you can get a three-light AD100 kit instead of an A2.

Ultimately, the A2 is a lightweight portable light that fits very well into the existing Profoto ecosystem and is reasonably priced for a Profoto product.

What do you think of the new A2? Are you going to add it to your configuration? Let us know in the comments!