The Viltrox AF 13mm f/1.4 STM lens fits nicely into an existing range of Viltrox primes for APS-C cameras, a focal length that is notably absent directly from Fujifilm. The 13mm, which is equivalent to 20mm on a 35mm full frame, is wide enough and works well for landscapes or architecture, especially for the low price of $429.

Viltrox has built a strong reputation over the past decade as a company that provides quality optics at low cost. It’s moved from manual focus offerings at basic focal lengths to full autofocus models that are more esoteric and – increasingly – on a wide range of mounts.

Viltrox is a China-based photography company that has been manufacturing accessories since 2009, including lenses, LEDs, and video monitors. The purpose of the new breed of photography startups – increasingly Chinese – is to offer the latest technology at prices significantly lower than the name brands. The low-quality, low-tech accessories of yesteryear are long gone, replaced by much more modern designs and materials.

For Viltrox’s lenses, it has wisely chosen to start its line with simple optical designs that are available in as wide a market as possible. This has meant targeting full-frame Sony E-mount and APS-C Fuji X-mount models, however, it’s also expanding to Nikon Z and Canon RF mounts, though we’ll get to that later. It focuses exclusively on prime numbers because they are simpler to design and manufacture; it can also be argued that they are more popular with pros and serious amateurs where profit margins are higher.

The AF 13mm f/1.4 STM, which was announced in January with two additional mounts added in June, fits nicely into an existing or premium Viltrox range that includes 85mm, 56mm, 33mm and 23mm; remember these are APS-C lenses, so a 1.5x crop factor gives 35mm equivalents of 128mm, 84mm, 50mm and 35mm. The 13 mm therefore completes this range with a 20 mm equivalent. It is an interesting focal length to choose because the rather wide 13 mm inevitably makes an optical formula more complex. 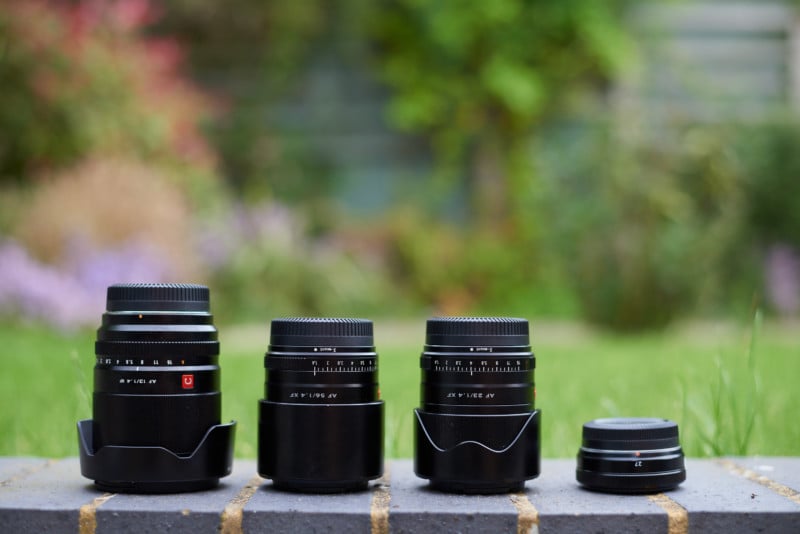 So why would you want a 20mm equivalent? Curiously, it is a focal length with which I have never shot and which I do not have in my camera bag. My “gotos” have always been 24, 35, 50 and 85mm, with a 14mm for the more esoterically wide shots that aren’t fisheye. It’s not that 20mm is necessarily rare, but it’s one that I never liked because 24mm is quite short, at which point I switch to 14mm. So did Viltrox make the right decision? It’s a personal choice and for some 20mm might just be perfect. Yes, it’s more distorted than 24mm but not disastrously so so could be a good match for landscapes or interior design shots, alongside the inevitable vlogging allowing you to get really close to the action .

The lens is comprised of 14 elements in 11 groups, including four ED elements and two aspherical elements and a sealed multi-coated front optic. It has a nine-blade aperture, weighs 420 grams, and takes a larger 67mm filter. As it is a fly-by-wire design, it comes with a micro-USB port which enables firmware upgrades that Viltrox is available with. Out of the box there are front and rear lens caps, a fabric case and a lens hood.

As you can see from the range, the Fujifilm 27mm is a svelte pancake lens that really suits street camera ergonomics; the Viltrox 23mm and 56mm look positively DSLR-original in comparison. The 13mm is a step above those in size and weight. 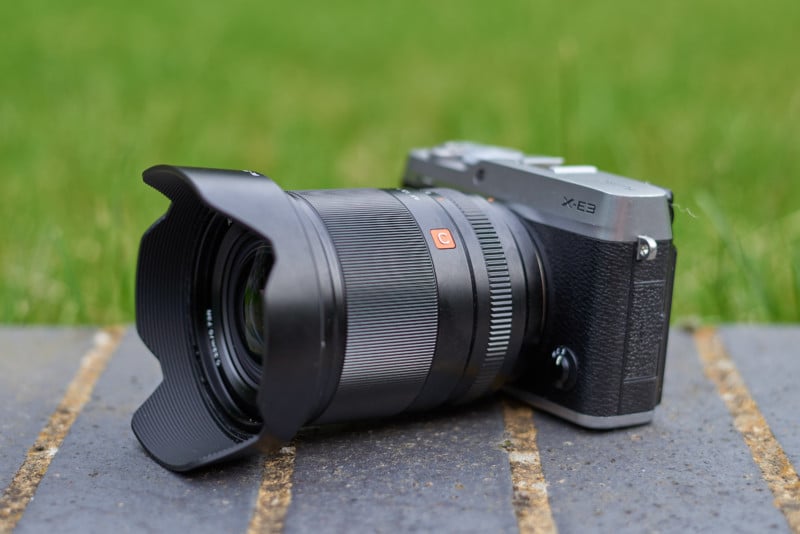 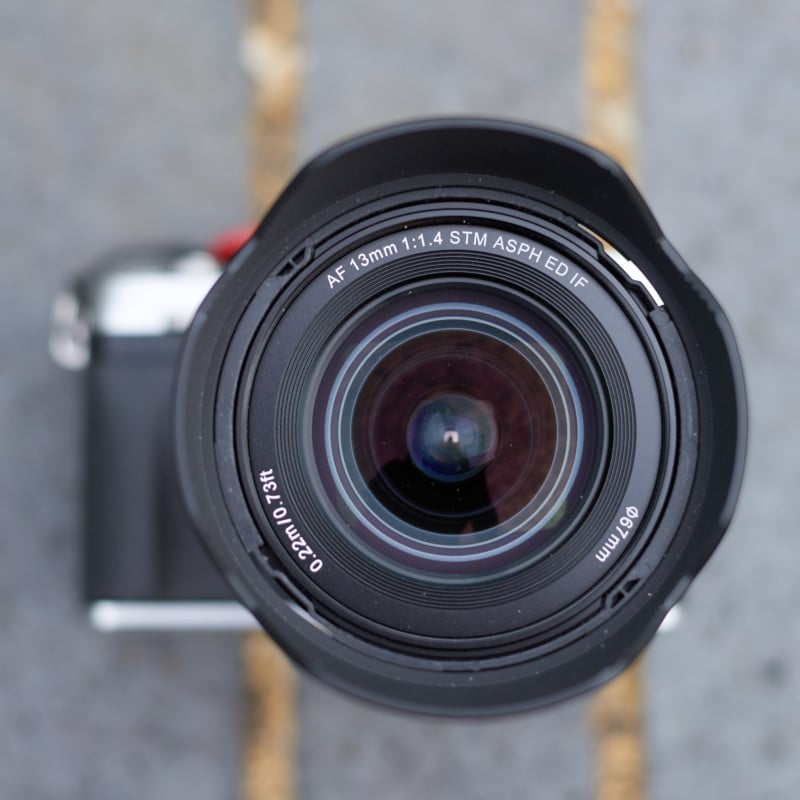 While the fairly large 56mm f/1.4 weighs in at 260 grams, the 13mm increases further to 420 grams. This, of course, is expected due to the wide field of view and larger front (domed) optics; the lens is 74x90mm against 65x72mm for the 56mm f/1.4. In short, it’s a relatively large lens when placed on a more modest camera – like my X-E3 – so it’s perhaps better suited to larger X-series cameras.

What’s been noticeable about all the Viltrox lenses I’ve used is their “premium” feel, and the 13mm is no different. The metal is widely used throughout and the machining is of a high standard. For example, the visor that flips over – and is neatly stowed – the barrel with a reassuring click; everything fits perfectly. In short, the lens feels great in the hand, rather than a squeaky, lightweight, budget-friendly plastic model. It’s worth noting that there’s no weather sealing so it’s not best in class, although there are internal dust seals with all internal focussing so that any penetration dust is minimized. 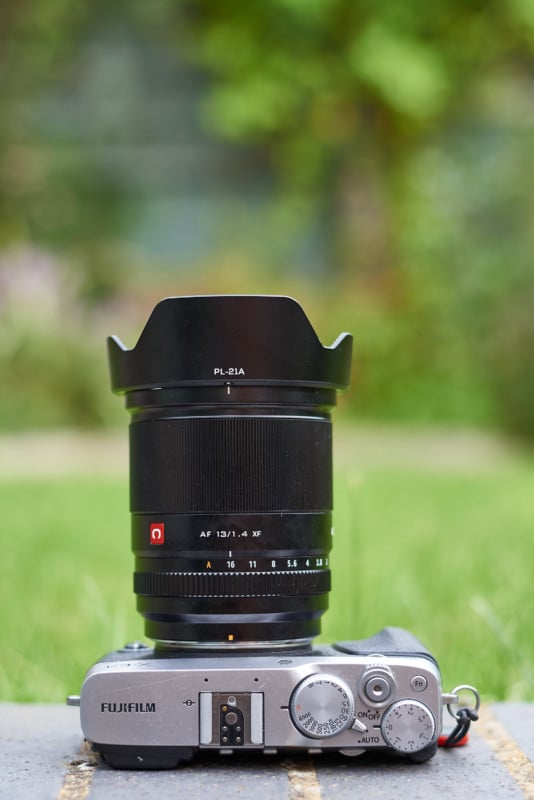 Behind the lens hood is a large, ribbed focus ring that is smooth and offers well-weighted resistance. After the cylinder markings, you then have the aperture ring clicked into a third stop. This is different from the previous 56mm and 33mm which have been un-clicked; it might be fine for video shooters (silent and smooth exposure change), but I found myself hitting the ring continuously, which was irritating when shooting stills. At 13mm it’s not a lens you’d choose for bokeh, so perhaps the choice is pragmatic to suit as many users as possible.

One final point – and this is a small thing – there’s a red circle to mark the orientation of the lens to be attached to the camera body. It’s white on the previous lenses, but strangely I find it much easier to locate!

On the X-E3, the lens unsurprisingly feels a bit front heavy, but not too much. It was still nice to use, but would be better balanced on a larger camera.

As for autofocus performance, I was pleased with the performance. I set up my X-E3 for point focus (the lens also supports eye focus) using the joystick to move the focus point. It works for most scenes and I found the stepper motor to be fast and accurate when focusing. On the contrary, it was better than the previous 33mm and 56mm lenses I’ve used; it was perhaps more noticeable in low light conditions where there was little hunting and it failed less often. 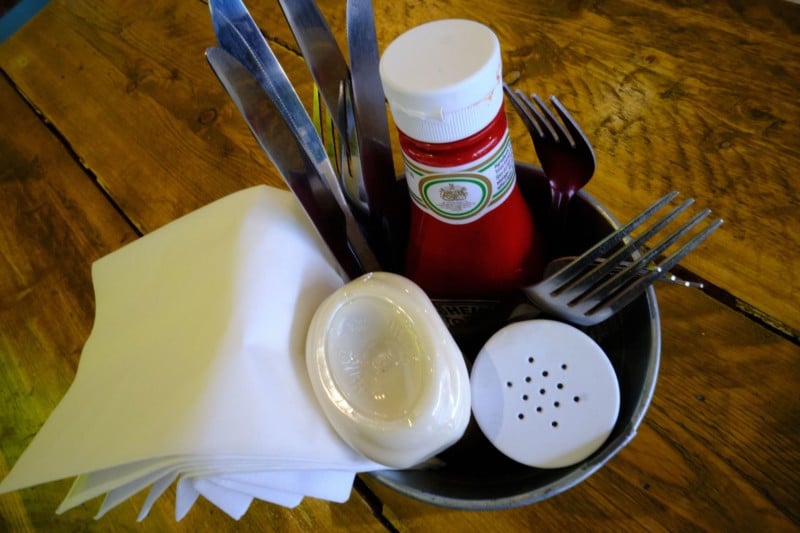 In my experience, this is a sharp lens, although predictably softer around the edges where you also get more distortion. Diffraction also inevitably becomes an issue when you stop right away and the lens’ sweet spot appears to be around f/5.6 to f/8, which is confirmed by Viltrox’s MTF cards. Unusually for such a wide-angle lens, the aperture is wide at f/1.4 (equivalent to approximately f/2.1), which opens up slightly more unusual applications with astrophotography and more creative use bokeh. 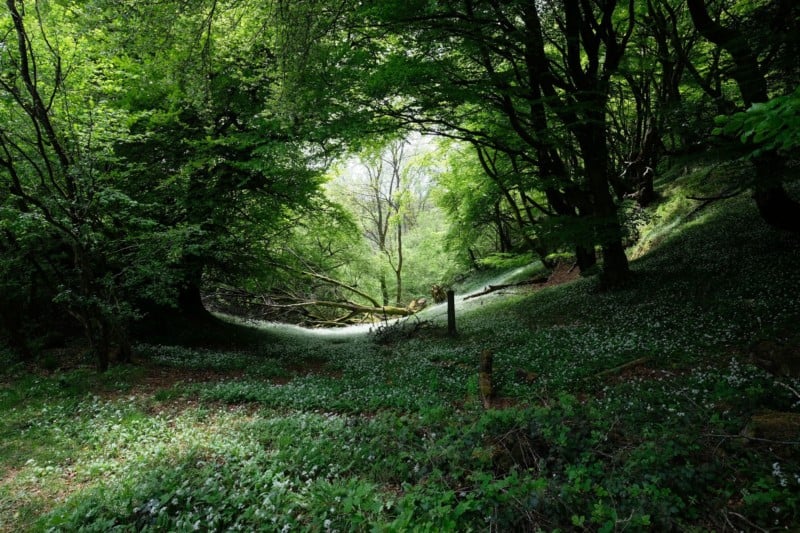 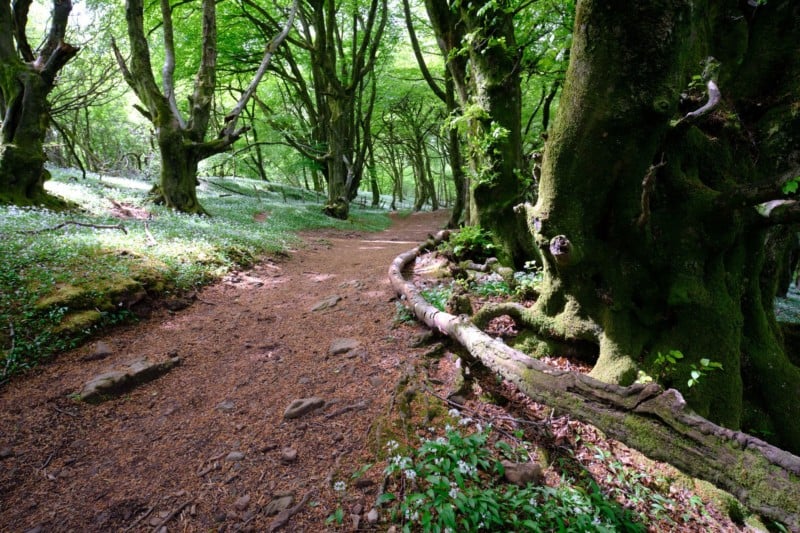 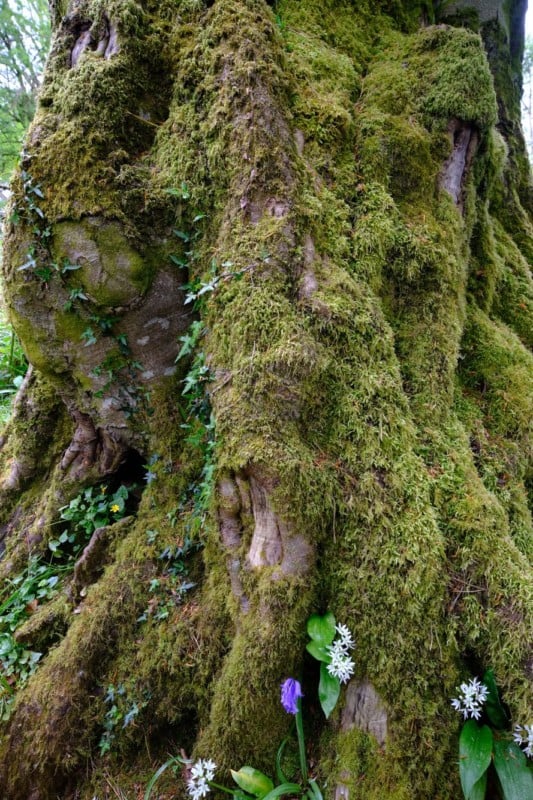 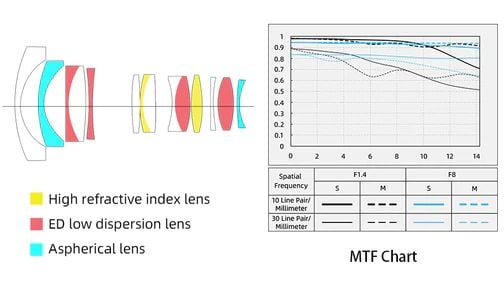 The lens has a competitive minimum focusing distance (MFD) of 22 centimeters, with a hyperfocal distance of 57cm, meaning anything from 30cm would nominally be in focus. The f/1.4 aperture can create surprisingly effective bokeh. It’s obviously not a bokeh monster, but it can be effective for close subjects. The bokeh itself is smooth and neutral if perhaps neither too pleasing nor unpleasant. 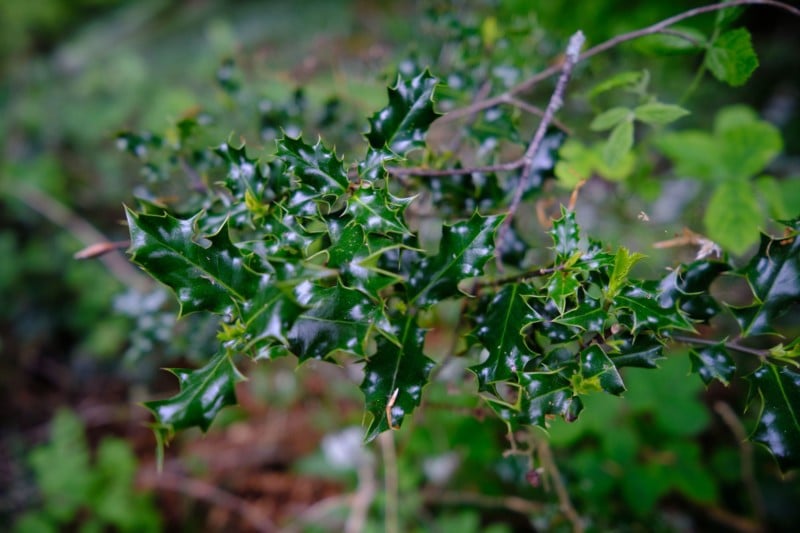 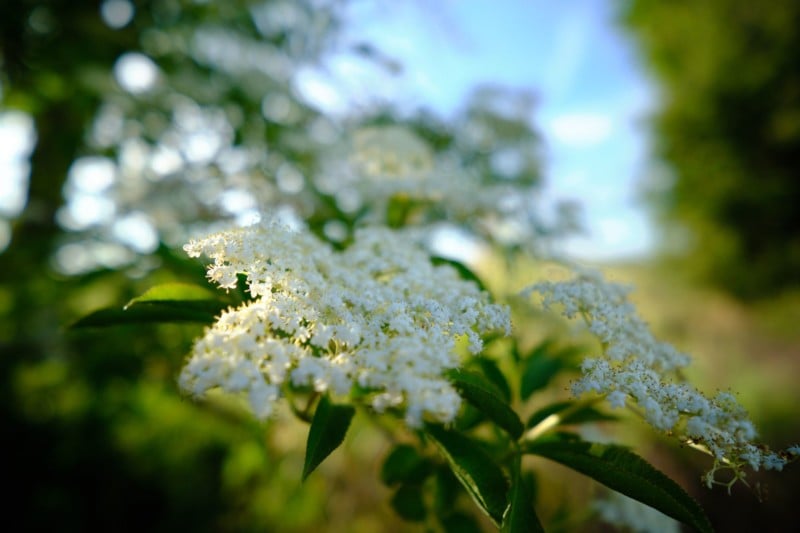 Lens flare was handled reasonably well, which will always be difficult for a wide lens. It goes without saying that you should always use this lens with the supplied lens hood and there is no excuse given that it is stored on the barrel. Directly into the sun there is a slight reduction in contrast, with lens flare naturally becoming more problematic at around 45 degrees to the lens, although this is never outrageous and all shooters know that anyway. 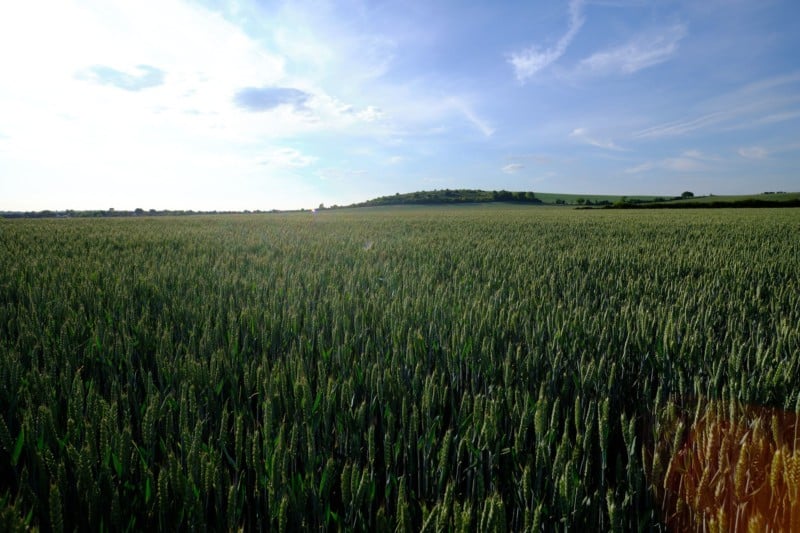 At this point, I haven’t really mentioned the price: $429. That’s remarkably low for the amount of lenses you get. At 13mm it’s wider than anything Fujifilm sells and offers an incredibly wide option without getting into the areas of severe distortion.

It’s perfectly suited for vlogging where you want that feeling of expanse, space and privacy. Likewise, it would find its way into many photographers’ bags where it would excel in landscape, architecture, and astrophotography. If you haven’t taken pictures with a 20mm equivalent lens on any system, give it a try. You might find this fits a niche you were looking for. Viltrox has covered a lot of bases here too from the quality build, fast AF and well controlled footage.

It’s not perfect, inevitably suffering from flare when stopped and soft corners, especially at wider apertures. Its sweet spot is around f/8.0 where you can expect to consistently capture quality images. However, that f/1.4 maximum aperture will appeal to those looking for light – think mosh pit or starry skies – while also offering bokeh potential at a wide angle.

Going back to my earlier point about other lens mounts, Viltrox took the unusual step of an Indiegogo campaign to fund production of the Nikon Z-mount and Sony E-mount APS-C versions of the lens. Some manufacturers (Peak Design is perhaps the most notable) follow this route to reduce financial risk while measuring market size. It’s an organic way to develop a range of lenses based on demand, rather than the likes of Nikon and Canon who gradually build their ranges based on perceived needs. It also shows that APS-C mirrorless lens designs are alive and well with Fuji, Sony, Nikon and Canon all now in this space.

Of course there are, although perhaps exceptionally nothing that is directly comparable in terms of focal length and aperture. Fujifilm has a plethora of lenses, although the closest is the XF 14mm f/2.8 R – along with 16mm and 18mm variants – while Sigma has also recently released its 16mm f/1.4 for X mount. This puts the Viltrox 13mm in a class of its own, and perhaps that was the intention.

Yes. Although I may have questioned the 20mm equivalent focal length at first, it’s abundantly clear that – while it may not be as popular as other focal lengths – there is a market. The lens adds a focal length option not available in Fujifilm’s first-party range and what Viltrox has done here works well, especially for the price.