Tripods are solid companions for photographers all over the world. A good tripod can help you produce images that simply aren’t possible when shooting handheld. Unfortunately, tripods can be a bit of a pain to carry around, especially if they’re good. This is why, in many cases, a monopod turns out to be a better option.

For some types of photography, a tripod is essential. If you need your camera to be perfectly stable for a long exposure or if you are stacking images, then of course a tripod will definitely be the best tool. However, in most other situations, a tripod can be a bit of a stretch. It’s in these situations that a monopod can be a great step between shooting handheld and shooting with a tripod.

The size and weight

The size and weight differences between a tripod and a monopod are the most obvious reason to choose one over the other. In general, a monopod will be much lighter and smaller than a tripod. Traveling with a monopod is much less problematic than with a tripod.

With so many photographers opting for smaller, lighter cameras, large, bulky tripods may no longer be necessary. This is partly due to the fact that many cameras now have built-in sensor stabilization. In addition, the optical stabilization of many lenses can work in concert with the stabilization of the sensor. This means you have far fewer situations where you need a large tripod to get a steady shot.

A monopod such as the ProMaster Air Support AS431 is smaller than most tripods. It’s even smaller than many travel tripods when fully packed, making it super easy to transport. When closed, the ProMaster Monopod is only 54cm long. Transporting this monopod is so much easier than a full tripod.

Although the monopod comes with a shoulder strap case, I found it easier to carry by hand. With the complete kit, the monopod weighs just over a kilogram. That’s less weight than some of the smaller travel tripods from well-known brands.

The size and weight of the equipment you carry can be extremely important, especially if you work long days or travel. With lighter equipment, it’s easier to work longer, and that can sometimes make all the difference.

In general, I find setting up a monopod much faster than most tripods. You can quickly have a monopod extended to its full height, with the camera attached, ready to take a picture. The speed factor can sometimes determine whether you get the shot or not; that’s why it can be very important. 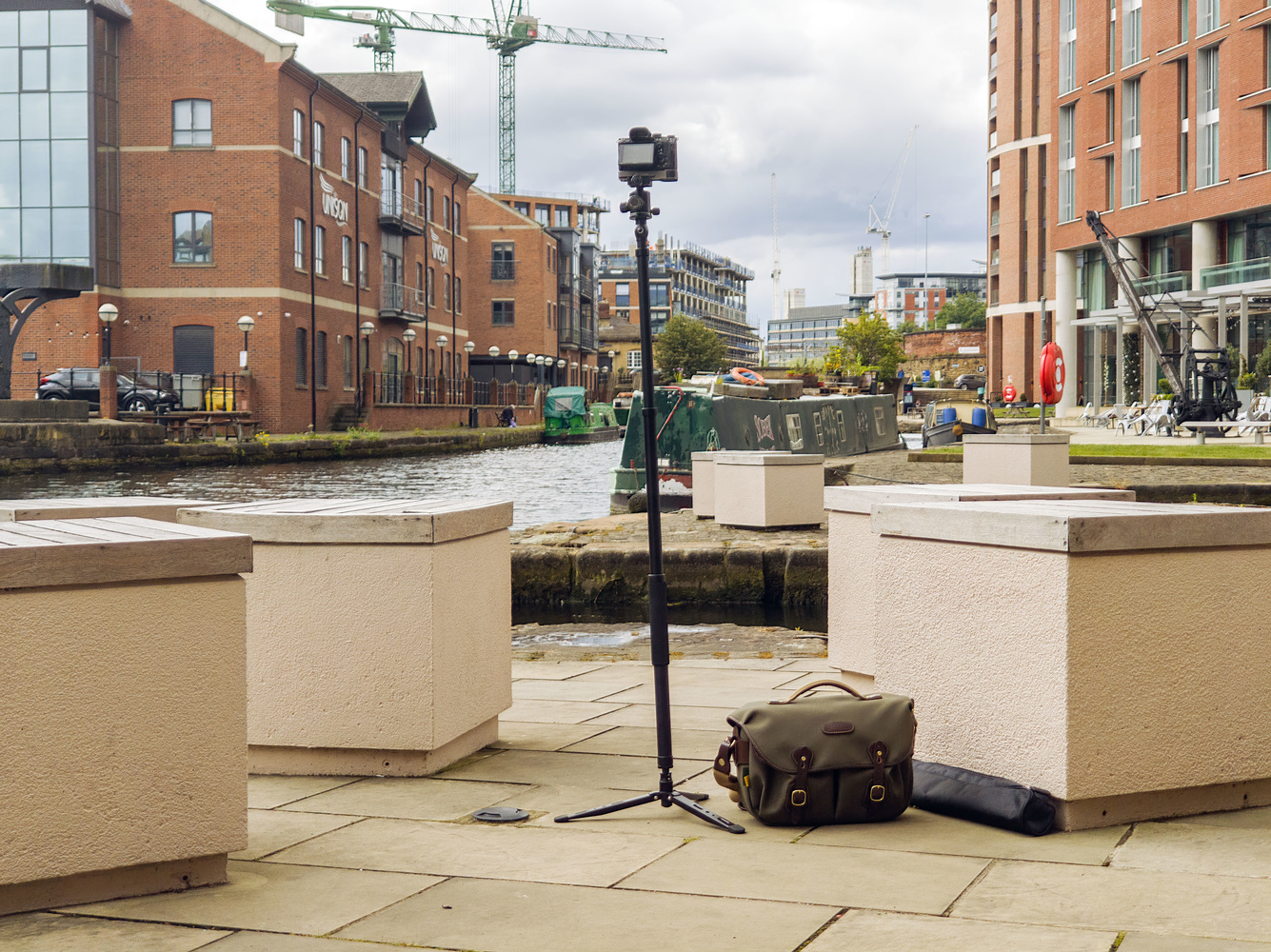 There is also an endurance factor involved when the setup time is slow. If it takes too long to set up your camera for a shot, you might end up feeling like it’s not worth it. This is where the ProMaster monopod can be extremely useful.

Thanks to the AS431 monopod’s air support system, you can almost instantly extend it to its maximum height, which is a generous 161cm. Instead of fiddling with individual clips and handle locks for each section, the ProMaster Monopod can fully extend in one quick motion. To close it, there is a single locking button under the head. Pressing this release button will allow you to push the monopod back to its minimum height without much effort. 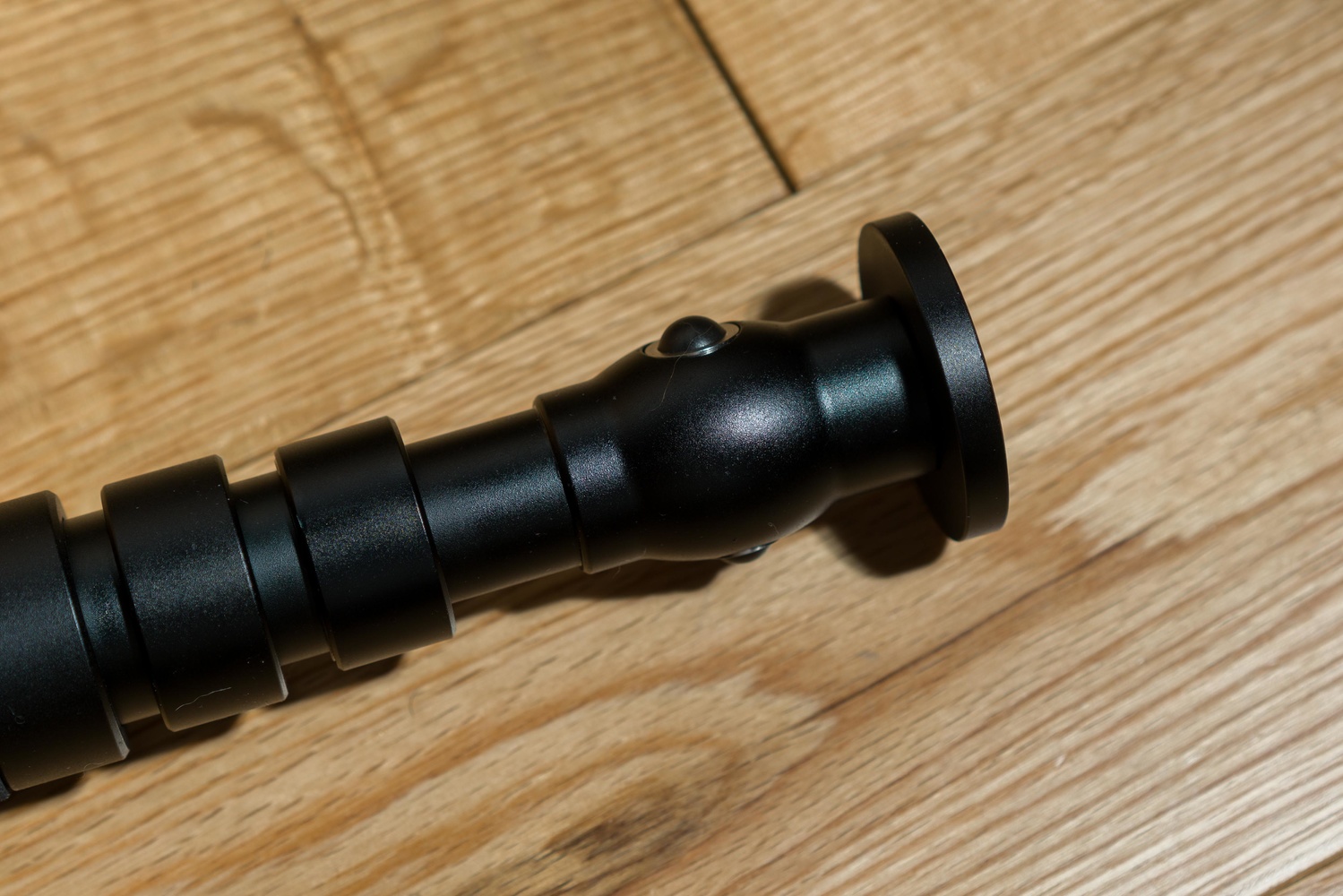 It’s important to be able to work quickly and have equipment that can keep up with you. Any gear that slows you down is almost always a bad thing. As a photographer, you should direct the pace, not the equipment you use. If a tripod just isn’t keeping up with you, a monopod may be just what you need.

The ProMaster AS431 monopod is easy to use and very intuitive photographic equipment. Along with the speed advantages it offers over many tripods, it’s incredibly easy to use, even compared to many other monopods.

As monopods, this may be one of the best on the market for several reasons. First of all, the AS431’s air support system is similar to many air bearing light supports. Not only does this prevent the monopod from collapsing when the lock button is released, it also helps it extend smoothly and quickly.

Second, the AS431 has a ball head built into its stand for tilt and pan functions. You can also lock the ball joint to prevent it from tipping over; however, you can continue to use the pan functions. 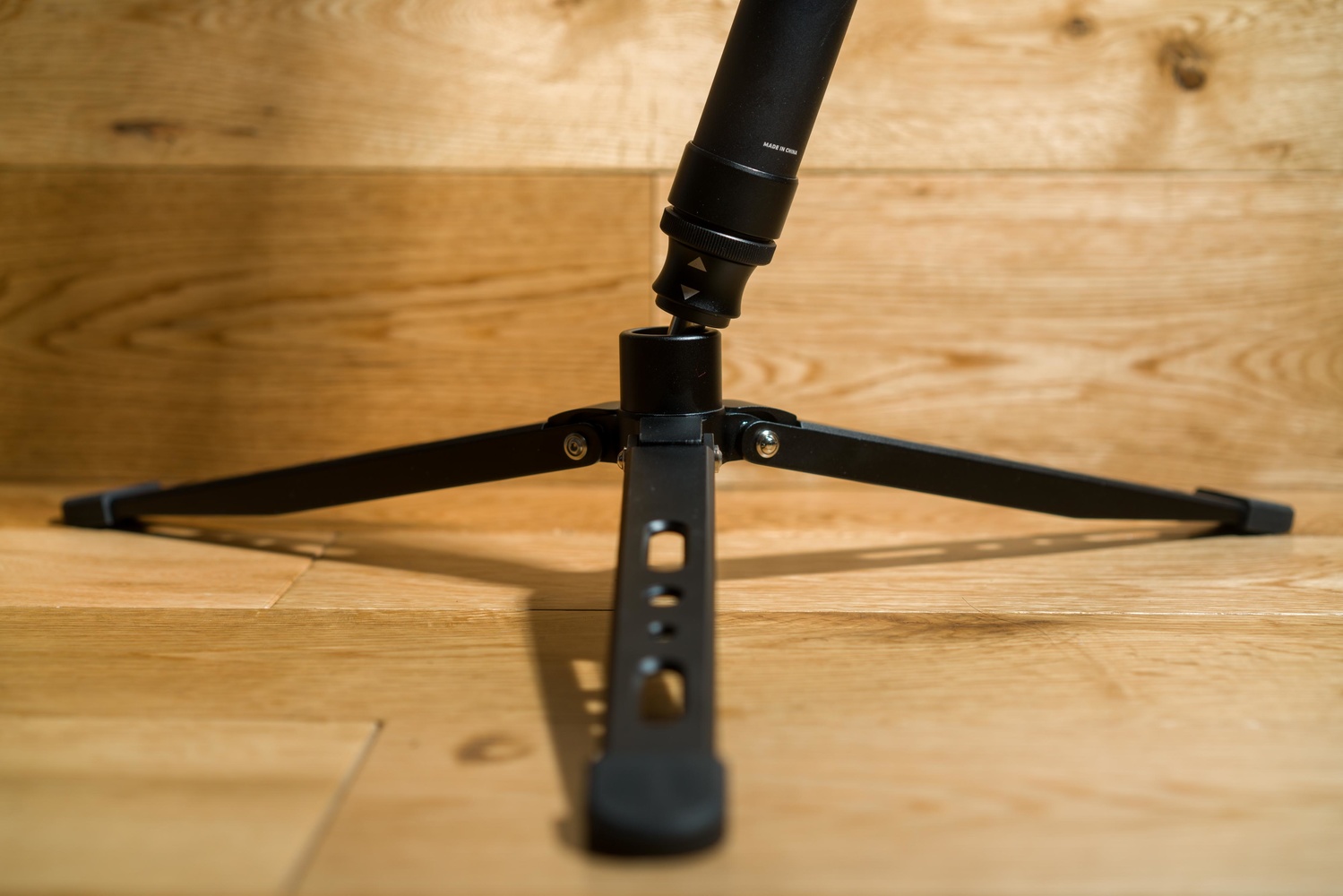 The ball head is an incredibly useful feature, especially if you’re filming. You can quickly unlock the ball head and take smooth shots by moving the monopod in a circular motion.

Another very useful feature of the AS431 is the large section of foam padding on the monopod. This not only improves the comfort factors when handling the monopod, but also provides protection from the cold during the winter months. Even with gloves, the cold metal in winter can be unwelcoming. 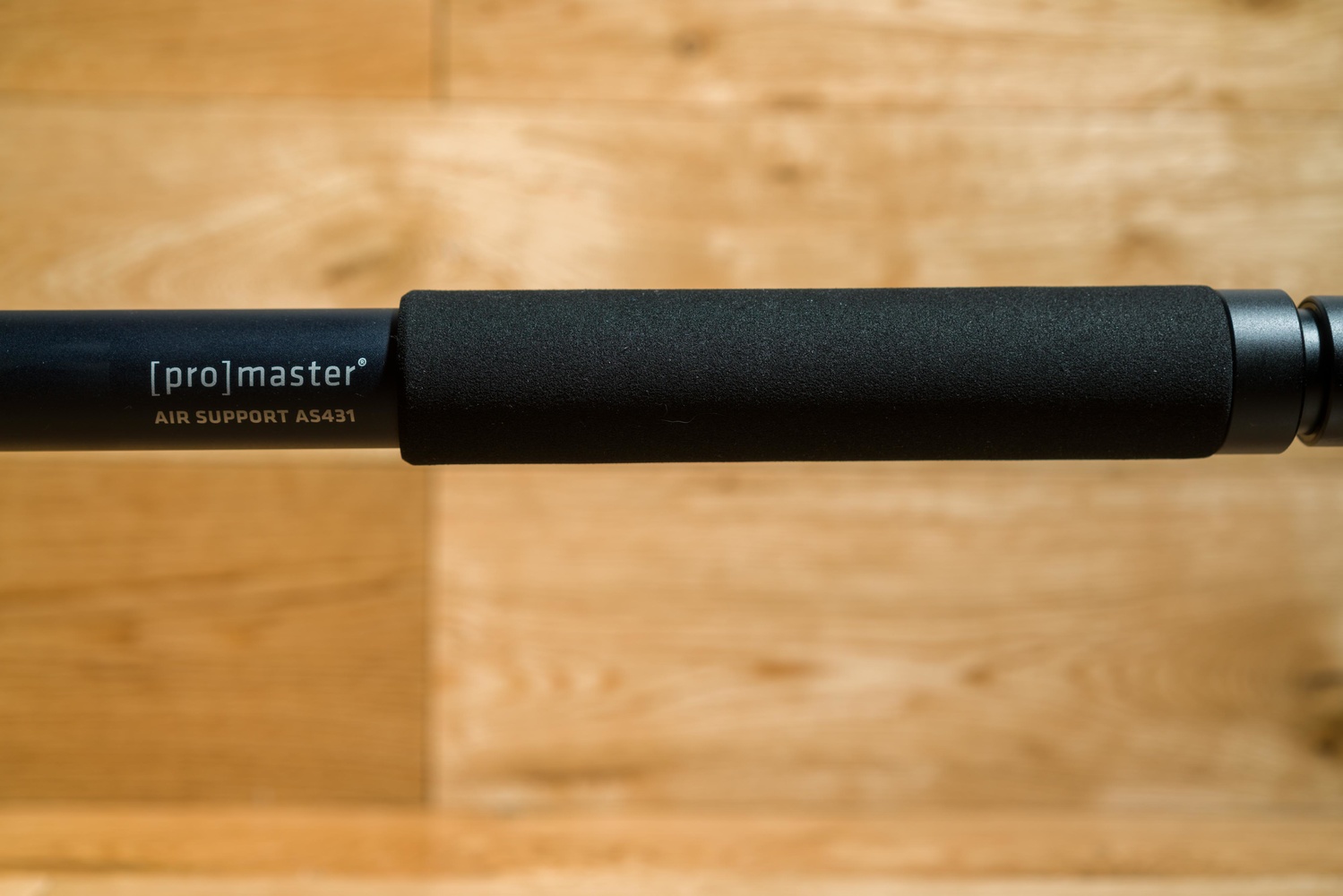 Finally, at the bottom of the monopod is a three-legged base for added stability. With this attached, the monopod can be almost as good as a tripod. Even long exposures of up to 30 seconds are possible with the three-legged base attached. Of course, in windy conditions it can struggle, especially if you’ve deployed it to its full height. However, in most other conditions the AS431 performed admirably. 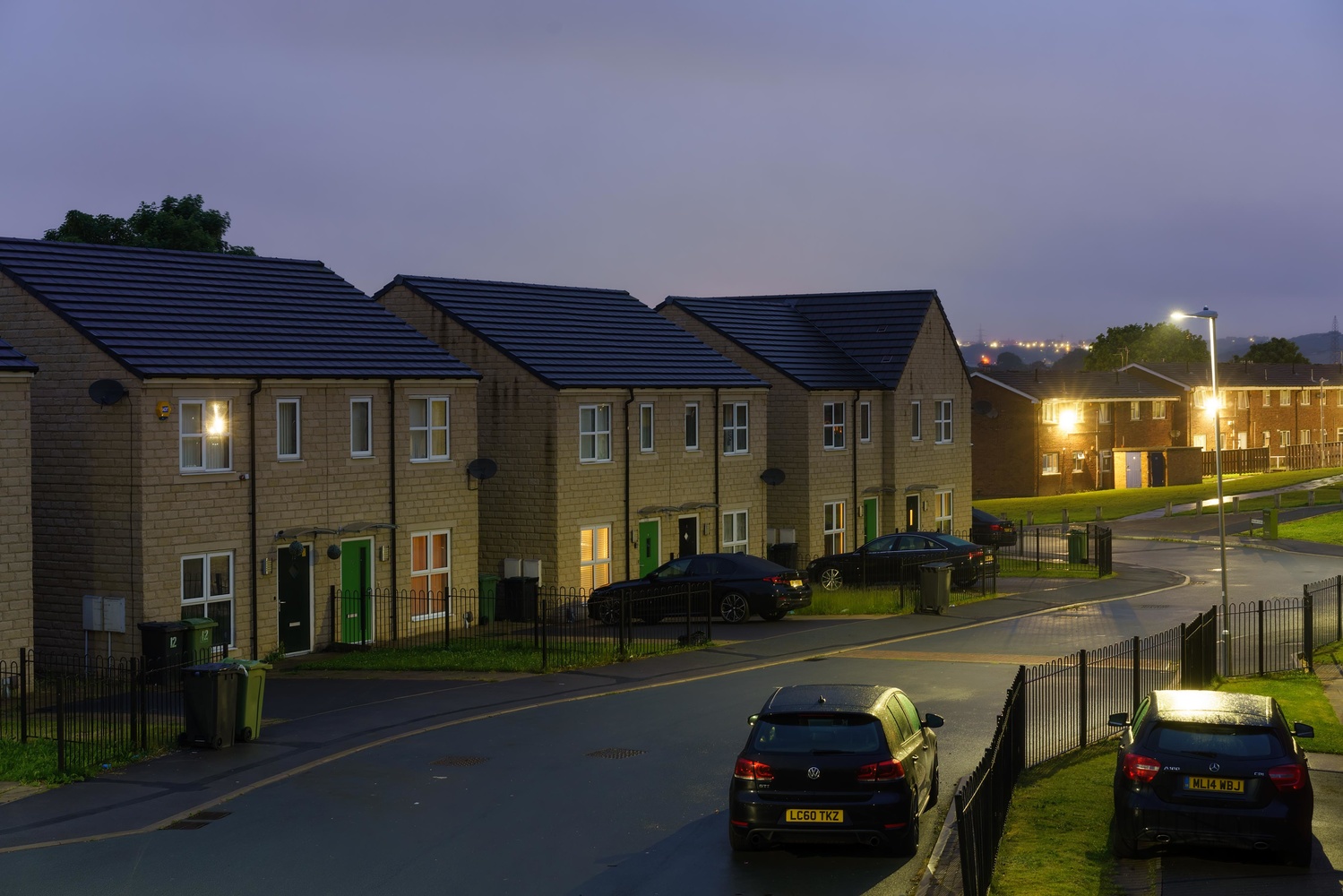 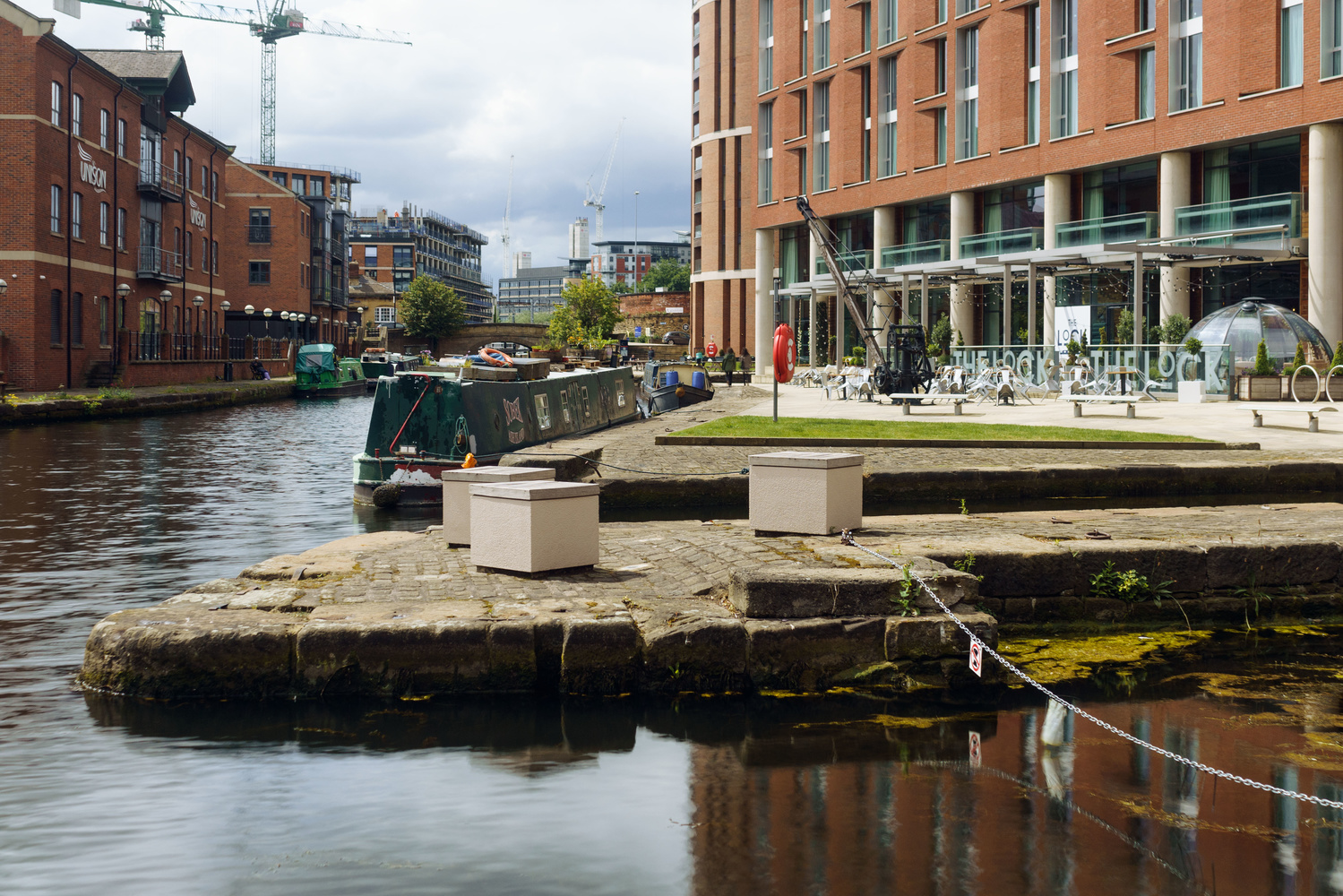 Essentially, the usability factors provide greater versatility compared to many tripods and even many other monopods. For these reasons, it’s probably a better idea to shoot with a monopod than a tripod.

Note: Kit specs are with three leg base installed and one soft foot

There will obviously be situations where a tripod is the only choice. In these specific scenarios, it would be foolish to use anything else in its place. However, with improvements in image stabilization and in-body optical stabilization, a tripod isn’t always necessary. As demonstrated above, with just a monopod I was able to produce crystal clear images even when shooting with a shutter speed of 30 seconds.

As a professional photographer, one of the best things you can do for yourself is lighten the load of gear you’re carrying. It’s extremely unlikely that you’ll need all the gear you normally carry with you. Based on that, if you can replace heavy, bulky gear with lighter, more compact gear, then you probably should.

It is for this reason that the ProMaster Air Support AS431 monopod is an excellent choice to replace that huge tripod in most situations. You can buy yours for $119.95 using this link here.