Viltrox have been manufacturing third party lenses for a while now and have a proven track record in build and quality at a very reasonable price. Their latest version, the 13mm f/1.4 is aimed at photographers and vloggers.

First, I’ll say that I prefer Viltrox lenses, especially the 85mm f/1.8, which I’ve owned on two different bodies for the Nikon system and am currently using on a Nikon Z 7II. But that’s not to say that this review is biased in any form. I wanted the lens for one reason in particular, and that’s vlogging so I could lock it wide open and let the lens do the rest. My current setup for vlogging is the Nikon NIKKOR Z 14-30mm f/4 S lens at around 20mm, so combining the Viltrox 13mm f/1.4 and the crop factor gives me the focal range I’m looking for at a wider aperture and cheaper than Nikon.

The lens is solid with metal construction machined to high standards and looks more expensive than it actually is. Whether that’s a benefit or not is up to the user, but it’s definitely worth it, and at just $429., you will definitely get your money’s worth. I have the Viltrox AF 85mm f/1.8 Z, and I like using the lens for different subjects, but the only complaint I have about it is the lens hood. It’s really irritating, and I’m very lucky if I can get it to work properly the first or second time around. When I took this lens’ metal lens hood out of the box and tried to attach it, it went smoothly, as it should.

There’s a USB-C port on the lens mount, which should mean future-proofing the lens with firmware updates. I haven’t needed to update yet, so I can’t say if it’s a smooth process or not, but I’m sure it will be. There’s no sealing on the lens, but since it’s an internal focusing lens, there shouldn’t be too much of a concern about dust getting in. Apertures can be controlled through the lens, which I prefer. The lens resembles a Fuji lens in construction and operation, so that’s a plus. The aperture ring is also very smooth to use manually or can be locked to work automatically with your camera.

There’s no lens stabilization, which means you have to rely on your camera’s own IBIS for handheld shots or filming. That’s not a bad thing, though, as most cameras today have IBIS. It also keeps the lens price low and competitive. 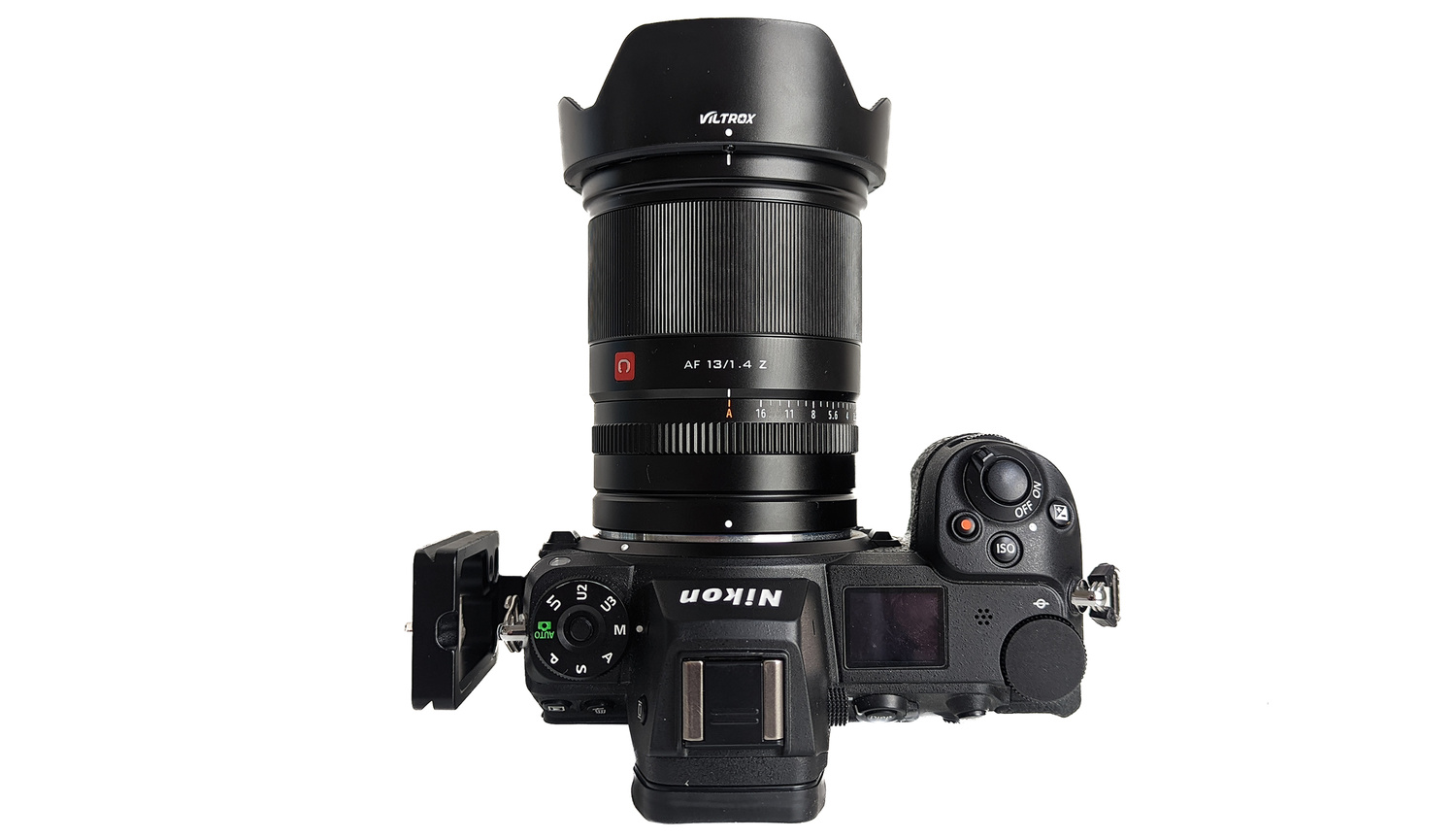 The autofocus is surprisingly fast, not that I thought it wouldn’t be, but it worked faster than expected and produced good results every time. For the following examples, I’ve used point focus and provided the initial shot plus 100% zoom to the focus area so you can see the results. The following images were captured at f/1.4 to see how the lens performed at wide apertures, and for the purposes of this review I simply enabled auto in Lightroom. 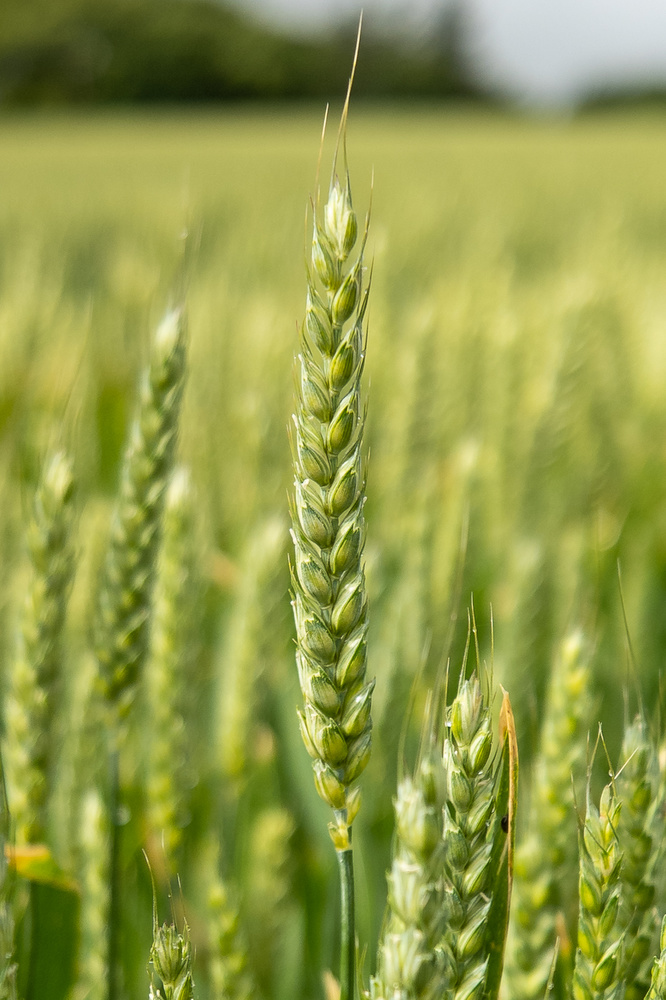 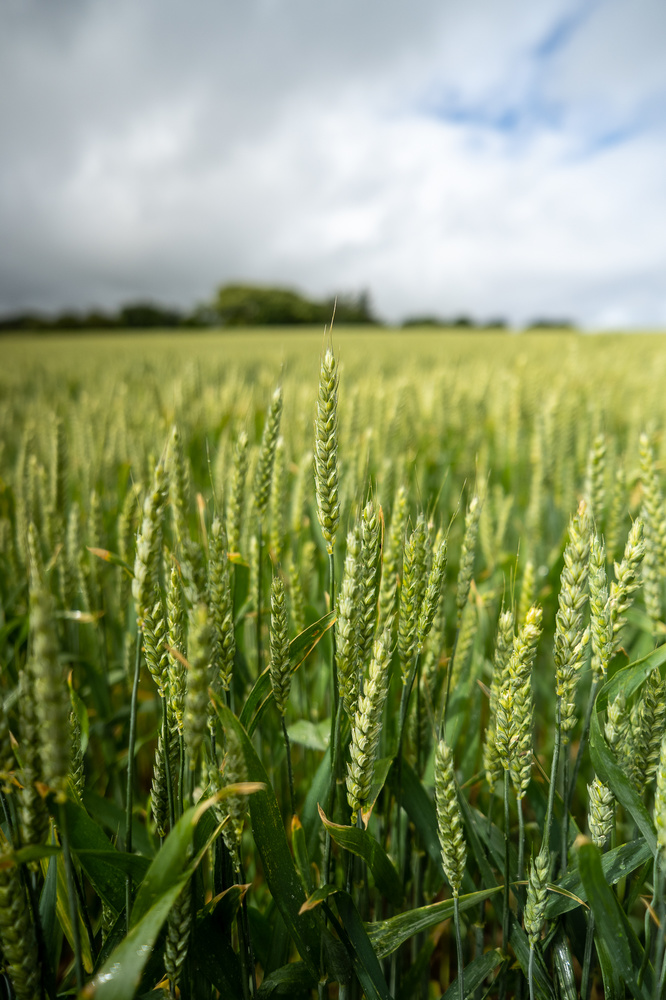 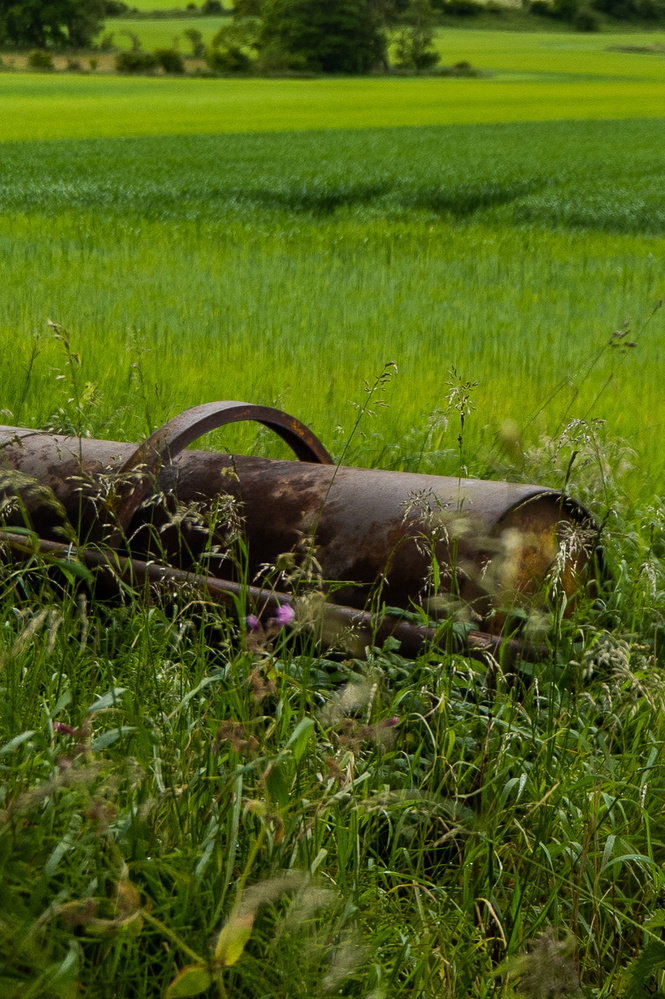 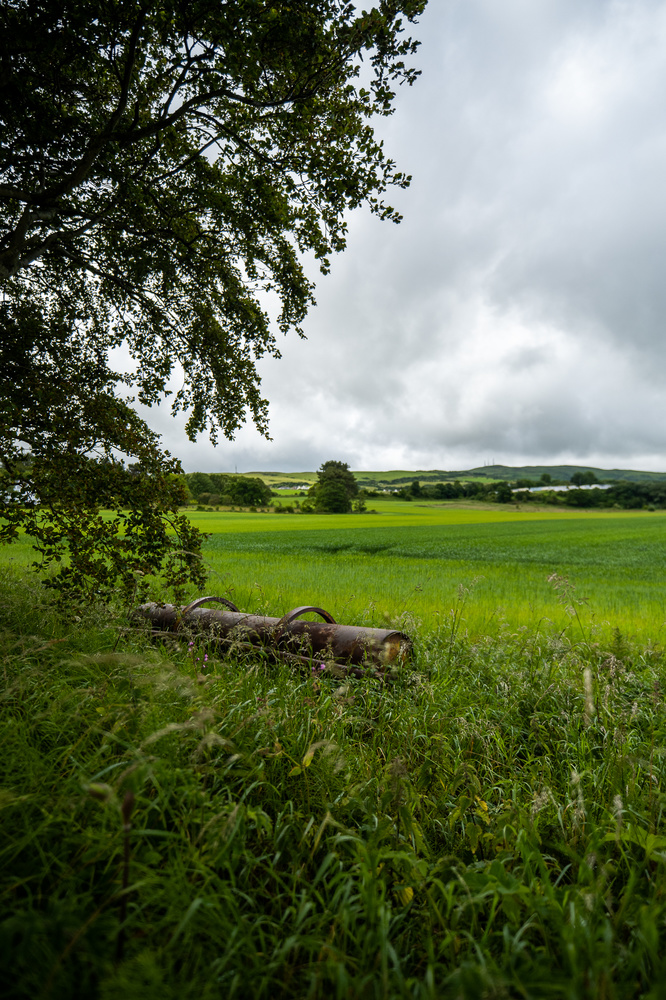 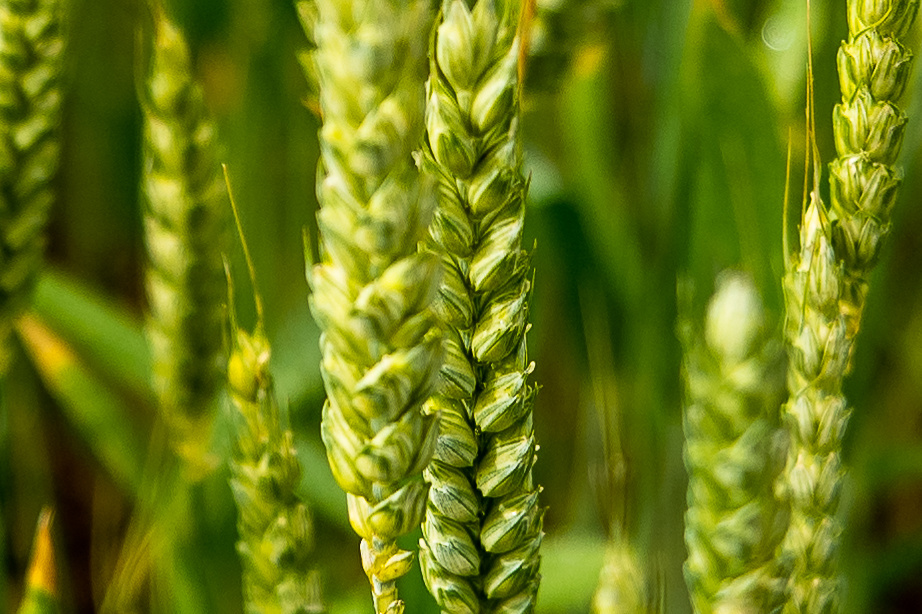 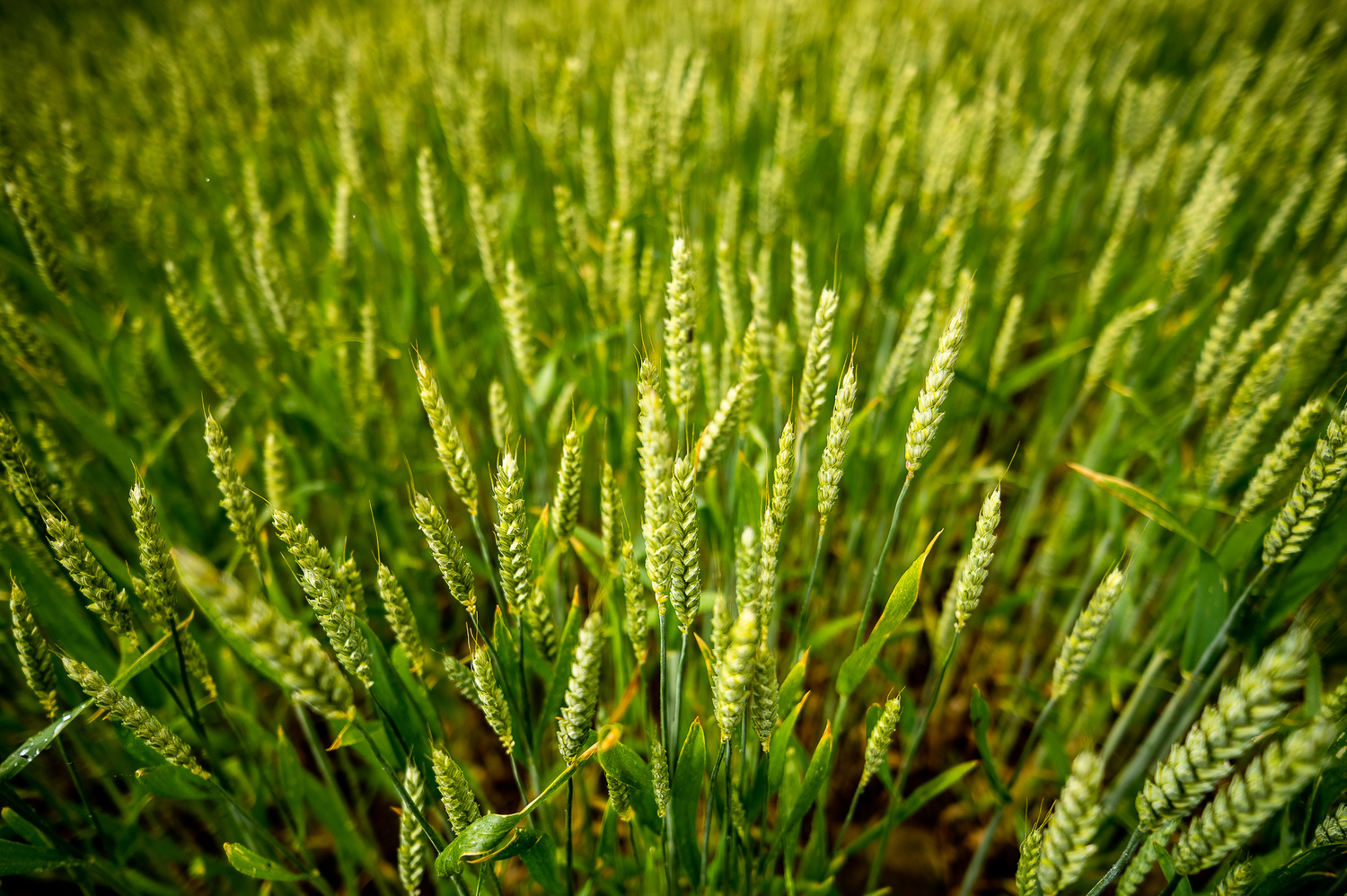 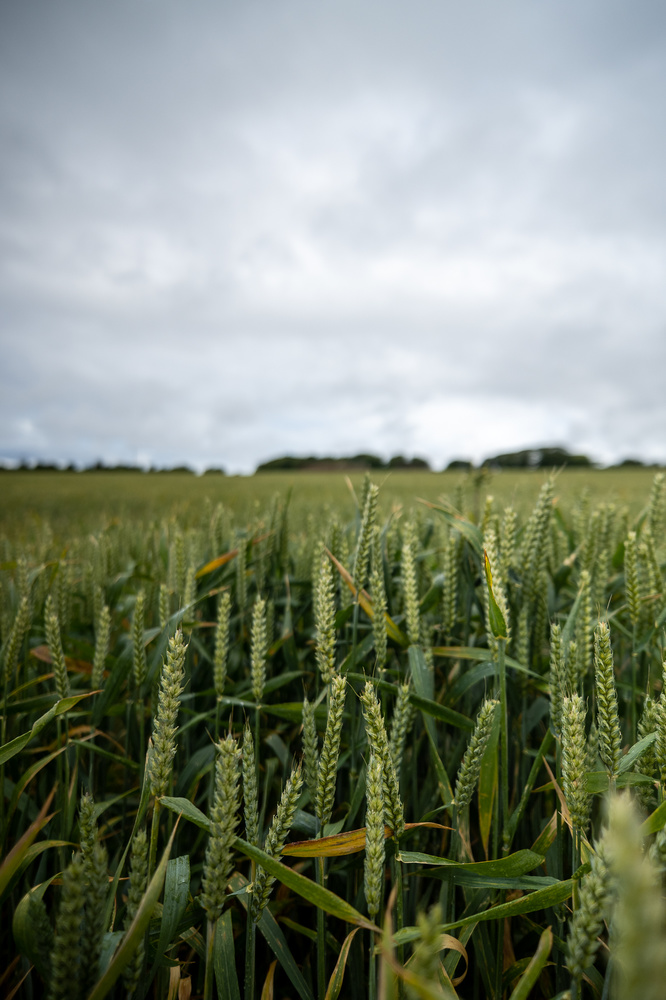 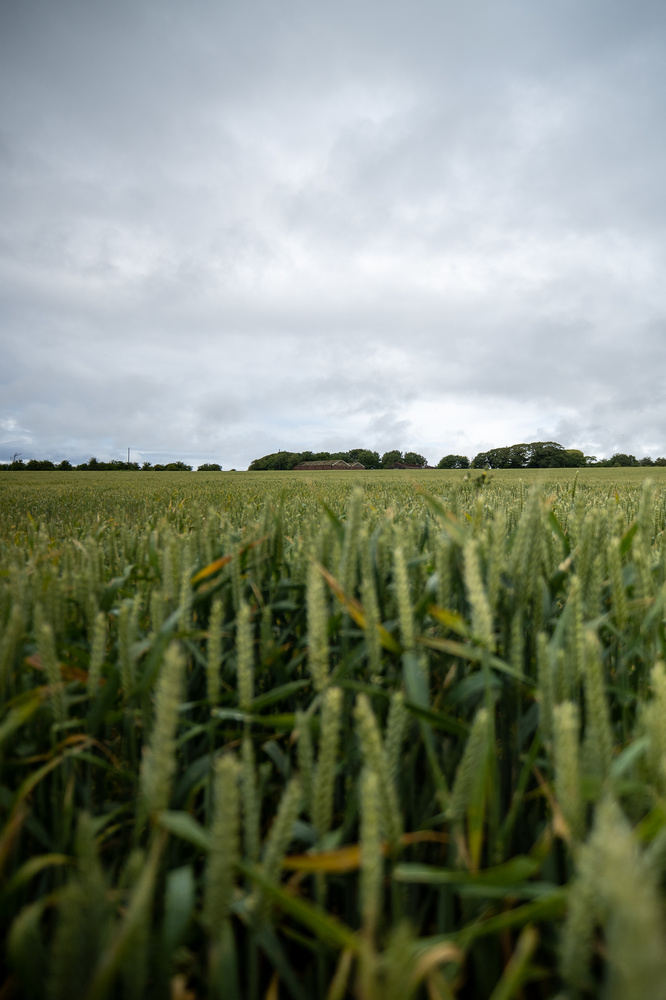 It’s not a bulky or heavy lens at just 429g and can easily be carried around all day if you want to be able to shoot in different lighting conditions. It also performed well at different apertures with no discernible flaws that would ruin an image. For me, the sweet spot is between the f/5.6 and f/8 range, and while it performed brilliantly at f/1.4, I tended to favor results at f/2.8 for photography. Filming at f/1.4 was a dream, and for any vloggers reading this who are considering this lens, I would definitely go for it, as it has such a beautiful bokeh transition at this stop. 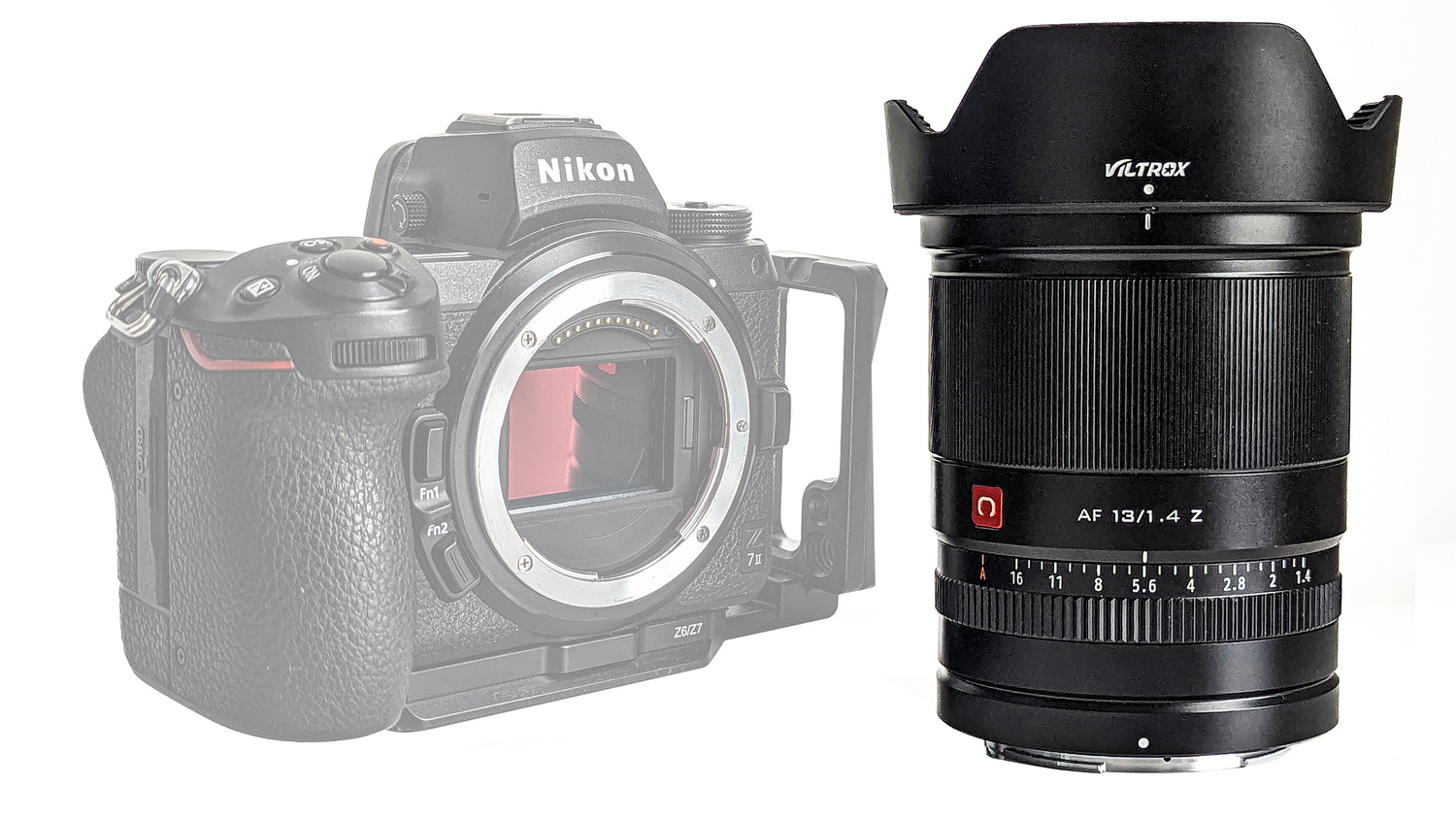 The photo of the phone below should hopefully give you some context for how far the lens is from the bridge wall. This image relates to the first image in the gallery, which is a series of shots at different apertures from f/2.8 to f/16. 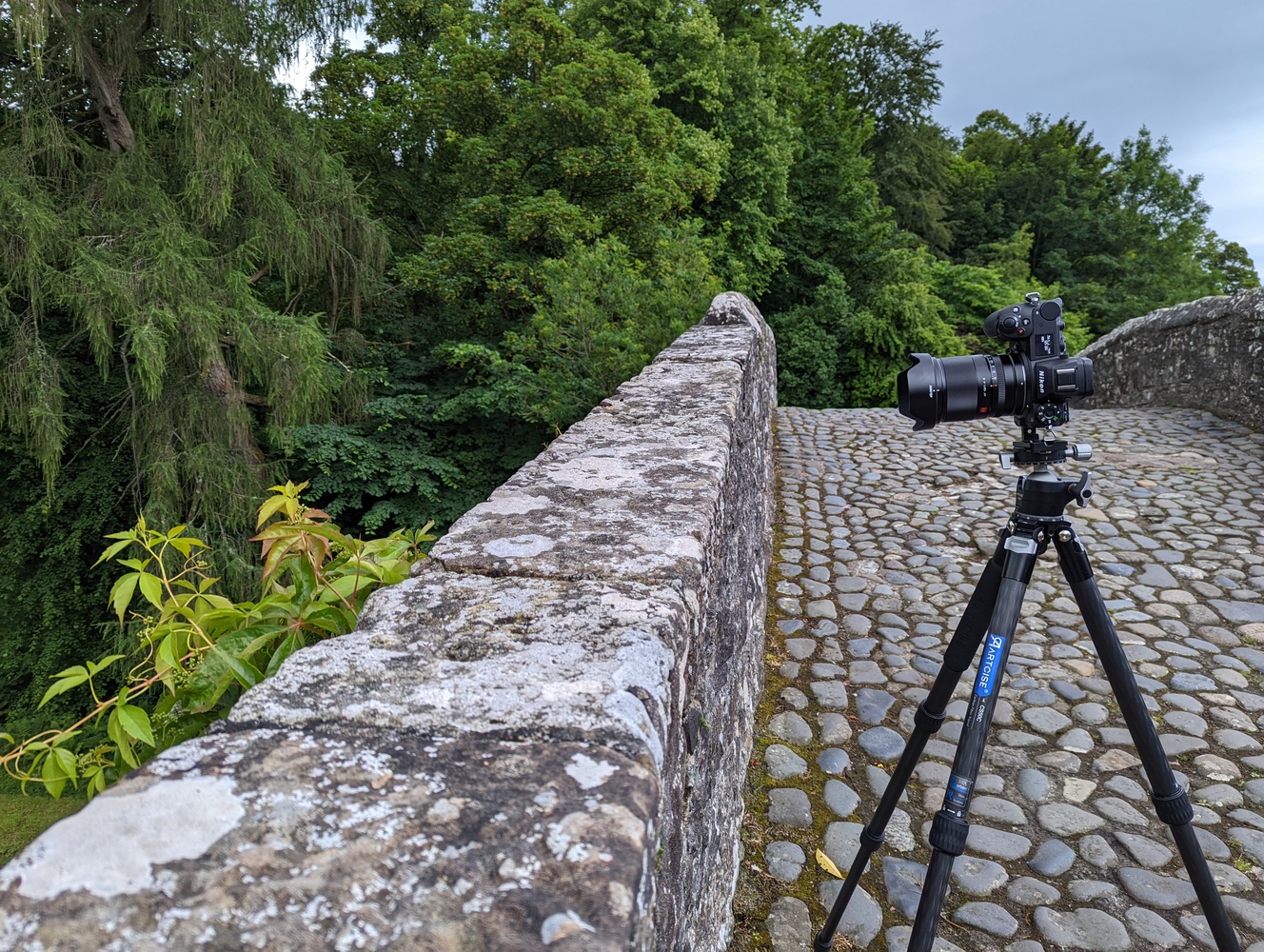 I’m a fan of an aperture ring on a lens. This can be locked so your camera controls the aperture. The weight of the lens itself isn’t heavy, although I wouldn’t like to vlog all day with it. The lens coupled with a gimbal would be the right combination for longer vlogging sessions. Did I mention the sun visor? Well, it connects exactly as it should, with no fumbling or frustration involving swearing like with my past efforts with the 85mm.

So far I haven’t found anything untoward with the lens. If anything, the aperture ring is so smooth that I think you could possibly knock it when using it manually. I’ve used the lens mostly locked to a tripod for filming, so there’s really no chance of moving it slightly, and your display screen will indicate if the aperture has moved at all before taking a shot or film. On the Nikon Z 7iI, the image selection area in the menu was disabled, so I can only assume that maybe it will come in an update. 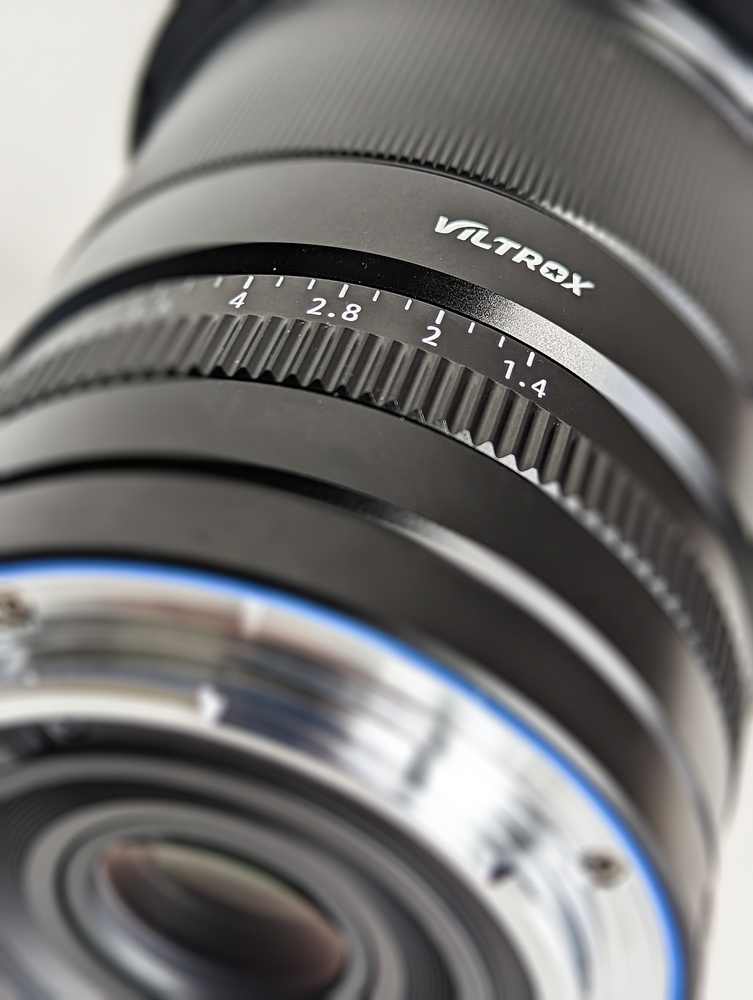 At this price and with a large f/1.4 aperture, this lens is definitely worth adding to your kit. Whether for photography or vlogging, it worked well. For me it will be used primarily for vlogging, but that was its intended use anyway. However, I can see it being used when out for a walk, in town or in the country, as a general lens. It’s not the smallest of lenses, but it’s not the most inconvenient for everyday carry either. It packs a lot in size.

Bokeh at wider apertures is very acceptable, and there’s a nice transition between focus point and background. It is a sharp lens with minimal edge distortion.

If you’re using it for vlogging, I don’t currently think you can get a better lens with such a wide aperture anywhere near that price range, so it would be money well spent. The focal length is perfect for handheld clips facing the camera, allowing your background and face to blend in well with the scene. The large aperture also helps distinguish this, and given that there is little focused breathing, it will definitely provide you with the results you are looking for.

From a general photography perspective, I really enjoy using this lens in different situations. I also enjoy the challenge of being fixed at a focal length when shooting, as I think it tightens up your composition skills somewhat.

The Viltrox 13mm f/1.4 offers great sharpness and is very portable at a very competitive price, making it a lens to definitely consider.