A good streaming camera (in addition to a good microphone) is one of the most important things for every streamer. It doesn’t matter if you’re a beginner or a pro, you have to turn on your camera (golden rule of streaming), and when you do, you have to make sure people don’t see the pixels instead of their streamer.

You know, it’s easy to manipulate audio and make even the cheapest microphone sound like a blue yeti, but it’s not that easy to manipulate video. Therefore, a good webcam (or DSLR if you like) is simply essential if you want to pursue streaming as your career of choice.

To make it easier for you, we’ve compiled a list of 5 cameras that most streamers use these days, and for a reason. Check it out! Cover photo by: SHE DON

Logitech webcams are considered some of the best webcams out there, and if you’re looking for the best streaming buy, this should be one of your first options.

Even though they have a lot of amazing webcams and offer quite a wide offer, this one is specially designed for streamers and has all the features and options you might need during your streaming journey.

The video quality of this device is fantastic and can provide you with 1080p quality at all times; as long as you have a stable internet connection, you will be able to create great things with this webcam.

Although it doesn’t have too many settings when it comes to brightness and exposure, you can be sure that your image will be clear enough and you won’t have to reconnect it multiple times to get things right. looks decent.

The 60fps will make the images look great and the streaming process won’t interfere with your webcam, so you don’t have to worry about the image worsening because there’s too much going on.

StreamCam comes with original Logitech software that can be installed on any Windows PC or MAC, so you don’t have to worry too much about compatibility.

The camera comes with several mounting options, so you will be able to position it as it suits you best, which is not the case with all streaming cameras because some are quite complicated to handle.

However, it has one downside which is its C cable which is non-detachable and relatively short which creates issues when you need to connect the camera to your device.

The camera is quite affordable and will work well with any device and on any type of game or platform you stream, so give it a try. 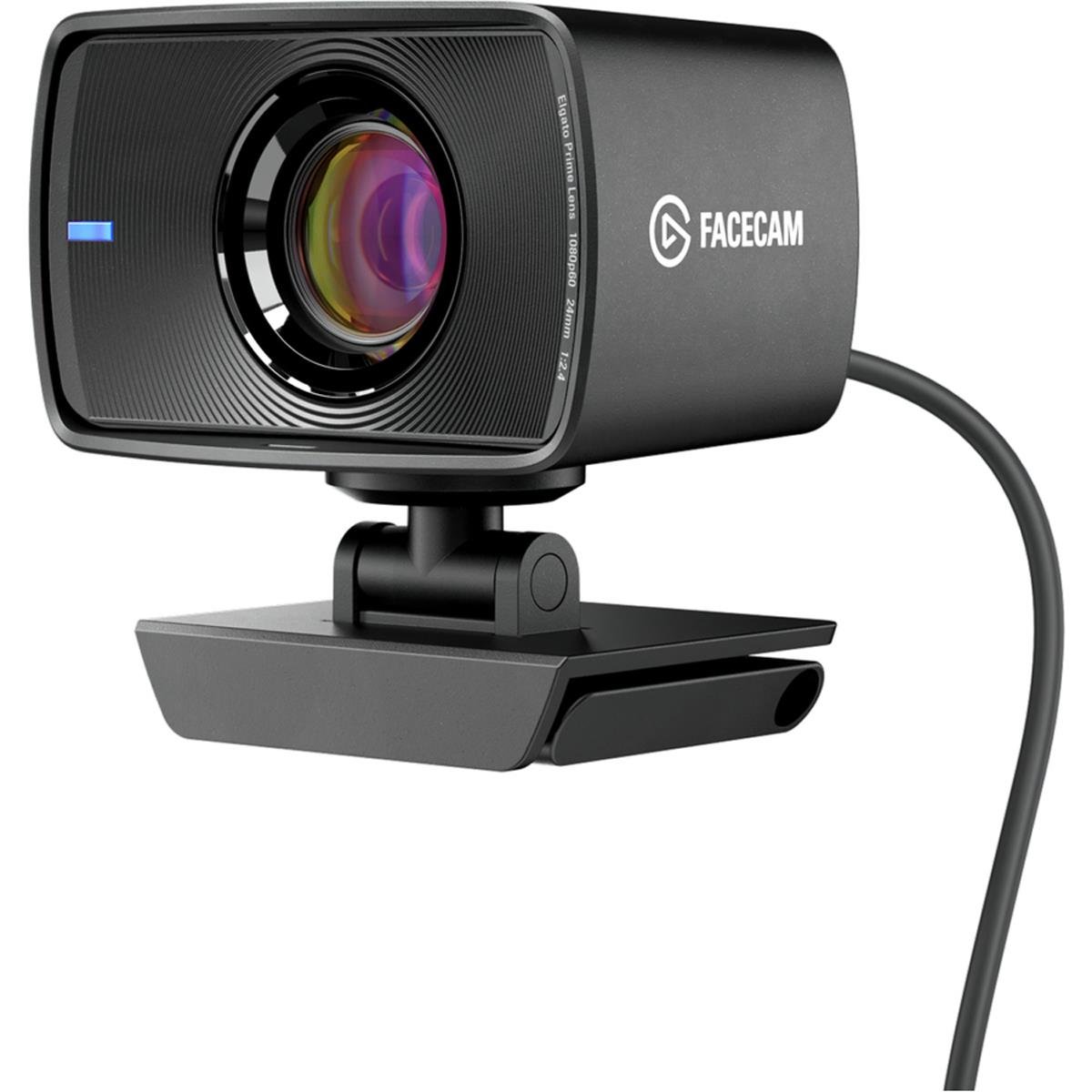 This Elgato FaceCam is not only one of the most popular streaming cameras, but also the best dslr for streaming.

Even though it is a simple camera, it has amazing settings and will let you navigate every part of the streaming process.

It will provide you with uncompressed 1080p video at all times, so you can be sure that the video resolution will be flawless in all situations.

Although it doesn’t have LED lights, you don’t have to worry about brightness or contrast as these will easily fit the right way around.

You can install it wherever you want, and it has a long enough cable that will make the whole installation process much faster and easier for you.

It’s also quite affordable, especially compared to Razer and Logitech webcams, so most people who aren’t yet professional streamers choose this one.

The video clarity is amazing and you can switch between settings with just a few clicks, which is very important for anyone who wants to manage things while they shoot the video,

However, it doesn’t have a built-in mic, so you’ll have to invest more money in a good mic setup and you’ll have to make sure it’s compatible with all your devices, which can be a big downside. 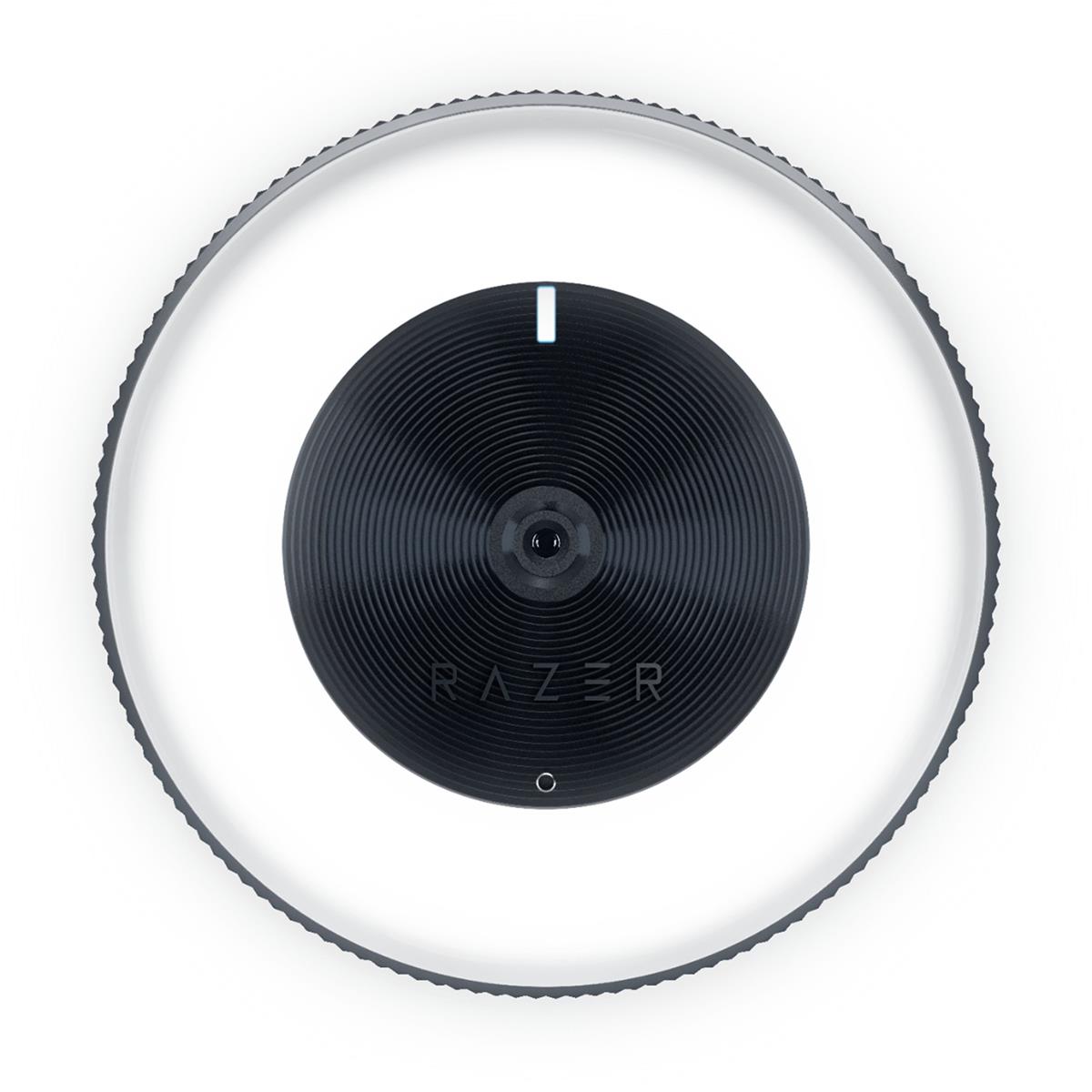 Razer webcams are one of the most popular purchases among celebrity streamers and you’ll see that everyone has used at least one of these cameras.

It has built-in light which is crucial for the Full HD picture, and you can be sure it will be crystal clear even if the light in your surroundings isn’t the best.

This is mainly why streamers are so crazy about it, and if you’re struggling with not having enough light in your streaming rooms, this should be one of your first options.

Depending on your needs and the strength of your internet connection, you can also choose between 1070p and 1020p resolution, so you can navigate between these two options.

Its LED lights will ensure incredible performance at all times, and you’ll never have to worry about whether you’ve got things set right or something interrupting your image.

While it doesn’t have the option to remove the background, you can choose to add a banner or color behind you so people can’t see where you’re filming from.

However, while this is a great option, it doesn’t have external audio support, so you’ll need to find some good mics if you want this to work.

Built-in microphones don’t work the best, so you’ll need to invest in a microphone setup as well.

One of the issues with this streaming camera is also that it’s sold out pretty much all the time, so you’ll have to invest some energy to find where it’s available. 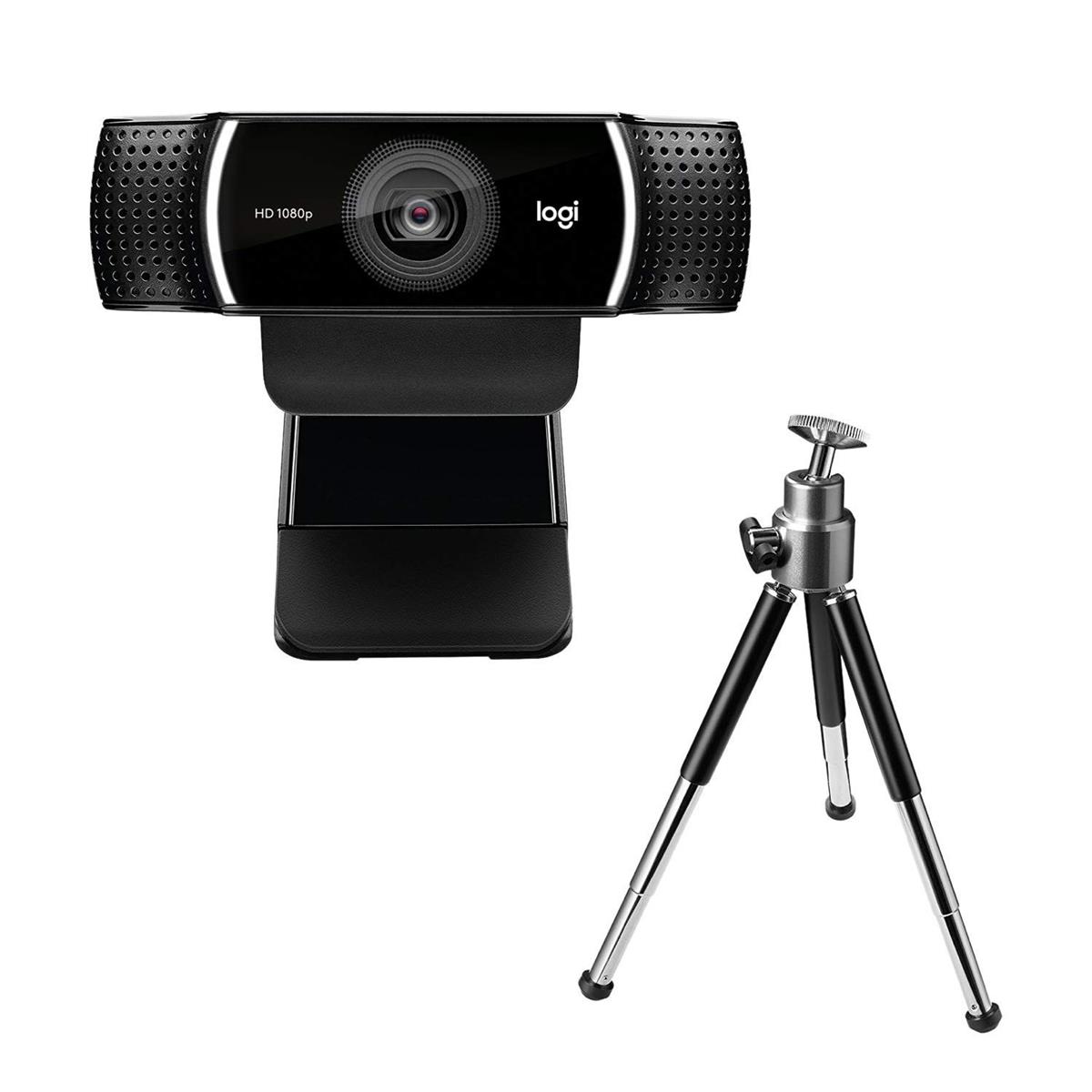 This Logitech Pro camera is one of their best sellers and you will see many popular streamers using it all the time.

It has all the features you could possibly need, and it connects easily to any device, making it the perfect option for those who make a living streaming online games.

Logitech C922 is also the most common choice for those entering the world of gaming for the first time, so if you’re just starting your streaming career and have no idea which webcam to choose, this should be your first option.

You’ll get 1080p Full HD resolution, but the FPS will be a bit lower than the StreamCam, and it’ll be 30 FPS.

There’s also a hyper-fast mode that helps you get to 60 FPS, but it tends to bug and distort the image, so you should probably eliminate it.

Although this camera comes with two stereo microphones, it does not support external microphones, so you will need to get a great microphone if you want to have a good stream.

However, unlike most other streaming webcams, this one offers optional background suppression which can be very useful for those of you who don’t have the best setup and want to have a background. artificial plane.

The camera will also come with a tripod, which is a good thing as most streamers need it, and if you position it well on this tripod, its wide lenses will create unique images for you.

Overall, this streaming camera is pretty good, but it can be quite expensive, especially if you’re new to it, and I’m sure you can get more affordable devices that are still great. 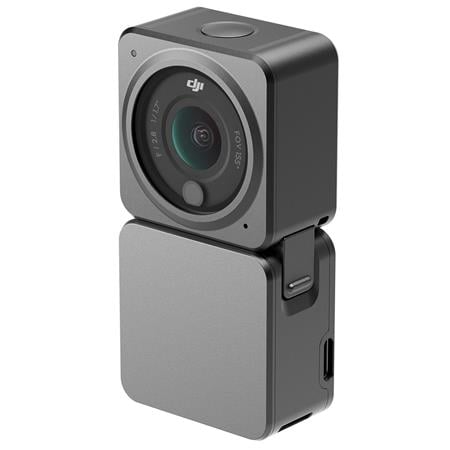 While not one of the most frequent purchases, especially among popular streamers, DJI had some amazing streamcams that will work great. We saw it as a good video cameraand it is gaining more and more popularity over time.

Related: What is a VTuber? Your introductory guide

Not only does it have built-in LED lights, but it also comes with multiple image stabilization options, something not included on all streaming webcams.

Its LED lights will ensure you get a great picture at all times, so you don’t have to worry too much about having the perfect setup if you’re using this camera.

Plus, as things can get pretty rough while you’re streaming, this one has great image stabilization options, so even if you’re moving around, you won’t have too many problems.

There’s also a dual touchscreen interface which makes it a little more expensive, but it’s definitely worth it, and that’s always a good thing for a cheaper webcam than the popular ones.

DJI devices also come with a DJI Mimo app that will let you navigate every part of the streaming process, and the camera is also waterproof, meaning you don’t have to worry about destroying it no matter what. you are doing .

Its battery life is also amazing, and it will last you much longer than Logitech webcams.

However, it doesn’t work well with all streaming services, so if you switch between multiple platforms while streaming, it could get you in trouble.

It’s still a great buy and one of the streaming webcams you need to check out.

What to Look for in a Good Streaming Camera

There are several things you need to keep in mind when choosing your camera. Obviously, you won’t be able to test them all, so here’s a list of things your streaming camera should have, at least on paper.

These are some of the best streaming webcams you can find on the shelves, and while they may differ in price and features, you can be sure that all of them are an amazing choice for a streamer like you!

Read next: Top 5 Live Streaming Platforms to Start Your Broadcast