The two new wide-angle lenses from Sigma are going to impress a lot of people with their large apertures and reasonable prices.

Sigma offers both of these lenses in Sony E-mount or Leica L-mount varieties. For this review, I used the Sony E-mount versions on a Sony Alpha 7R III. 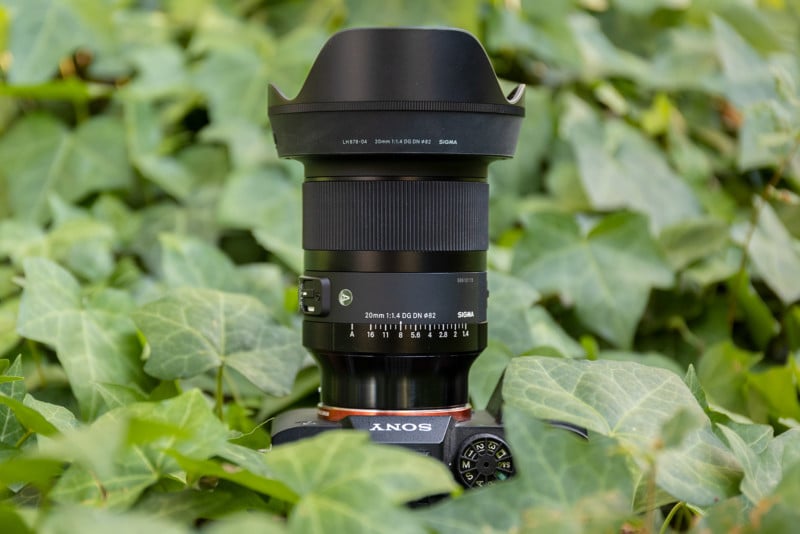 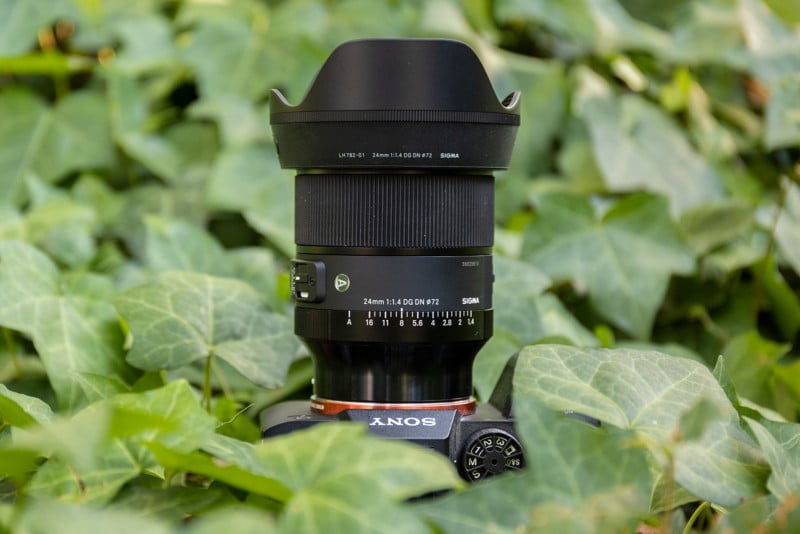 The build quality of both lenses is very similar and, in fact, is designed to be familiar with the other f/1.4 DG DN lenses currently available: the 35mm and 85mm. Each is made with Sigma’s proven thermo-composite on the outside, and there’s a mix of matte and semi-gloss finishes. I think having the whole lens in the matte finish would look nicer, but everyone is going to have their own opinion.

Both lenses have matching rings, switches and buttons. Starting from the lens mount side there is first an aperture ring which can either directly control the f-stop or be set and locked to “A” which will allow the camera to control it. These lenses can also be de-clicked with the on-off switch on the left side. When turned on, it unmistakably has a loud click. When off, the ring has good fluid tension while not being too difficult to turn. With one finger trying to move the f-stop up or down a few stops, it can’t get much better. The ribs of this ring are plastic.

Mounting on the lenses there’s a focus mode switch, a customizable rubberized focus lock button in the camera’s menu settings, and a manual focus lock switch. The manual focus lock switch is interesting because I don’t recall any other lenses I’ve used having one. This function allows you to disable the focus-by-wire operation of the large focus ring. It’s not uncommon in astro and landscape photography to switch to manual focus to maintain a focus point for a longer period of time, and this goes to the next stage where the ring does not can’t be accidentally pushed a few degrees either once it’s set. I love seeing features like this that clearly come from requests from real photographers about what would help them get their job done.

Speaking more of the focus ring, it has rubberized ribs unlike the aperture ring. It is a sensational ring without play or creaking in the rotation. It glides smoothly once it’s in motion, but it’s a little stiff.

The front of the 20mm lens has 82mm filter threads and the 24mm has 72mm filter threads. However, these lenses also have a rear gel filter holder. I haven’t noticed the appeal of lenses that have rear filter holders for gels because it’s still totally confusing which gels are pure enough for optics and which are for lighting equipment and I can’t be the only one. I wish the lens makers that offer this would include a variety of gels themselves if they’re supposed to be that cheap or give specific product recommendations on what to put back in.

Image quality looks exceptional for both lenses when they’re at their best, and still perfectly fine when certain effects such as lens flare show up. Flaring becomes more noticeable as the lenses are discontinued, and for the most part tastes good and not too heavy. As for color fringing – otherwise known as chromatic aberration – it’s equally well controlled for both, and I didn’t notice anything when shooting with in-camera corrections enabled. .

One thing that will be hard to miss is vignetting when lenses are shot wide open. It cleans up quickly when the lens is stopped, but you’ll need to make some necessary corrections afterwards if it’s not the desired effect. Sigma shared a pre-release profile fix with me and for both lenses it erased the vignetting with no further effort on my part. Once the lens starts shipping to customers, these automatic corrections should be available in popular photo editing software.

Looking more closely at image sharpness, I saw that for the 20mm lens, it held up very well throughout the aperture range. In the center of the image, f/8 was perhaps the best, but it was hard to tell when everything was fine. There was a slight drop at f/16, the lens’ maximum aperture. In the corners, f/5.6 to f/8 seemed the sharpest.

These lenses both feature a rounded 11-blade aperture and the quality of bokeh they produce is wonderful. With such a wide angle field of view and shallow depth of field, the presence of those pleasing blurry elements in the image really adds dimension to the scene.

After spending some time with both lenses, I find that I’m a fan of these two new lenses. With that, it’s a little harder to know which one to really recommend. Having them both in my photo backpack at the same time, I didn’t feel like I was going with one over the other in any situation: they come away with comparable results in every way of sight. I have come to think of them as the big and the small.

If it really comes down to that for you, I think I’d recommend going with the small – the 24mm – unless you’re certain you need a slightly wider viewing angle.

While the Sigma 20mm f/1.4 DG DN is the only 20mm f/1.4 lens available other than the Sigma DSLR 20mm lens it replaces, I still think it has stiff competition with the Sony 20mm f/1.8 G With the Sony we obviously lose two-thirds of a light stop however, the benefits of going with the Sony for the same $900 price show in weight and size: the Sony 20mm weighs just 13 .2 ounces and measures 3.3 inches long and three inches in diameter.

The Sigma 24mm f/1.4 is probably the best you can get at this price, but Sony is offering its very popular 24mm f/1.4 G Master lens for $1,300. It’s several hundred dollars more expensive than Sigma, but it’s actually harder to tell the clear and obvious benefits in this case. Maybe side-by-side testing would prove one over the other, but I’d go with the Sigma for the lower price and comparable specs. 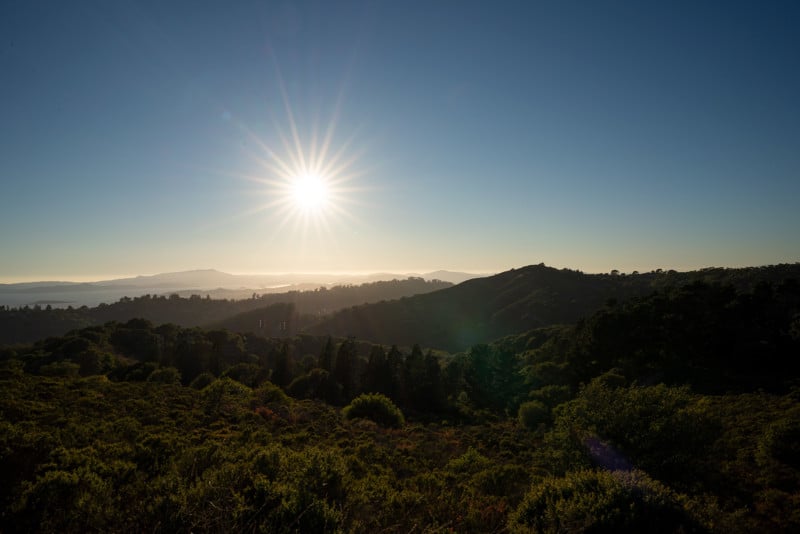 Should I buy them?

In both cases, yes. Sigma has proven with the f/1.4 DG DN Art series that it is not trying to create inferior versions of Sony’s best lenses to fill a niche, but rather is in direct competition with them – and succeeds in this. business, I might add.