Your mind plays clever tricks, helping you make sense of the world. He creates imaginary groups and lines. So, understanding how it works will lead you to take more convincing photos.

Our minds crave order and simplicity. One of the methods by which our minds achieve this order is by subconsciously organizing things into groups. Without finding ways to group objects, we would be overwhelmed with too much data from our senses. For example, when we walk along the shore, we see a beach and not all the individual pebbles.

If you manage to create order in your photos, they become more convincing. Luckily, there are different ways you and your spectators’ minds group objects together to achieve this. Applying these techniques will increase the viewer’s fascination with your photos.

The most obvious way to group objects is for them to be close together. The closer things are, the more the human eye perceives them as related.

But proximity is not the only way to create order.

For your mind to group objects, there must be similarities between them. This doesn’t mean they have to be the same, but if they have a common shape, size, form, tone, texture, or color, the human brain can group them together to form order out of chaos. . So, while we are unlikely to group a duck, a car, and a mountain, we might well see order in a flock that includes mallards, ducks, and goldeneyes. Likewise, we can see automobiles stuck in a traffic jam as a single entity, despite all the differences between the individual vehicles.

A grouping becomes stronger as its parts become more uniform. Imagine this traffic jam made up only of taxis; the group of cars becomes even more cohesive.

From a photographic point of view, this can be both good and bad. Why bad ? Alone in the frame, this uniformity can sometimes become monotonous without a single focal point. However, step back, and we see this group as part of a larger scene, so this grouping becomes a topic.

Alternatively, if we interrupt the group with something that contrasts with it, that interruption becomes the subject. Therefore, the group has less visual weight and falls into the background.

Something else that binds subjects together in a group is called “common destiny.” This is when the individual elements are seen moving together as a single group. Typical examples include a flock of geese, cyclists on the road, etc. The coherent movement of a collection of objects may seem impossible in still photographs, but our minds will use our existing knowledge and assume that movement exists.

When we consider a flock of birds we already know that they are similar, close together and traveling in the same direction. There is another critical factor: the birds are enclosed in a structure. For example, while a hank of geese often flies in a V-shape, a whistle of starlings has a fluid, nebulous shape. We see the shapes of flocks more than individual birds.

In photography, we can use this to our advantage. Perhaps the shape of the band can act to add balance or guide the eye.

Likewise, we must be aware of groups that create unwanted shapes in our photos. For example, in landscape photography, a group of three rocks could form a triangle with the apex pointing towards the image, thereby guiding the eye. However, try inverting the triangle, so the top is at the bottom of the frame. The opposite line is then higher up in the images, acting as a blocker, preventing your eye from traveling through the image.

If you line up a group of five objects on a table, they form a line, right? No, this line does not exist; your mind creates it to simplify the image. Nothing connects them except the idea in your head. Moreover, the imaginary line extends beyond the farthest object, leading the eye to whatever lies beyond. This imaginary line occurs because of something called “Good continuation”.

In other words, we extrapolate from the information we have that the lines don’t just stop. Our mind extends the idea of ​​a line beyond its visible end. We can use this phenomenon to direct the viewer to a distant object or horizon without having a real continuous line leading there. Also, when the lines reach the edge of the frame, we think they continue beyond the boundaries of the image. Therefore, we can add objects to a group that we cannot see in the image.

Real and imaginary lines can also cross other lines and encounter other obstacles. This is where visual weight comes in. The eye follows the road of least resistance. If the obstacle has more weight than the line, the eye will stop there. However, if the line is stronger than the obstruction, the eye will continue along it and not stop.

In the next image, where I roughly moved the rocks around in the scene, the left version forms a triangle pointing towards the scene. The eye follows an imaginary line represented by the red dots. Although this line is intersected by a line of algae and a line of rock (blue dots), the eye still continues towards the person because we give people greater visual weight. In the version on the right, I cloned the rocks in different positions. Now the top of the triangle is down on the opposite side delaying the eye from moving towards the figure. Nevertheless, due to the powerful visual weight we attribute to other humans, our eye always finds the person. 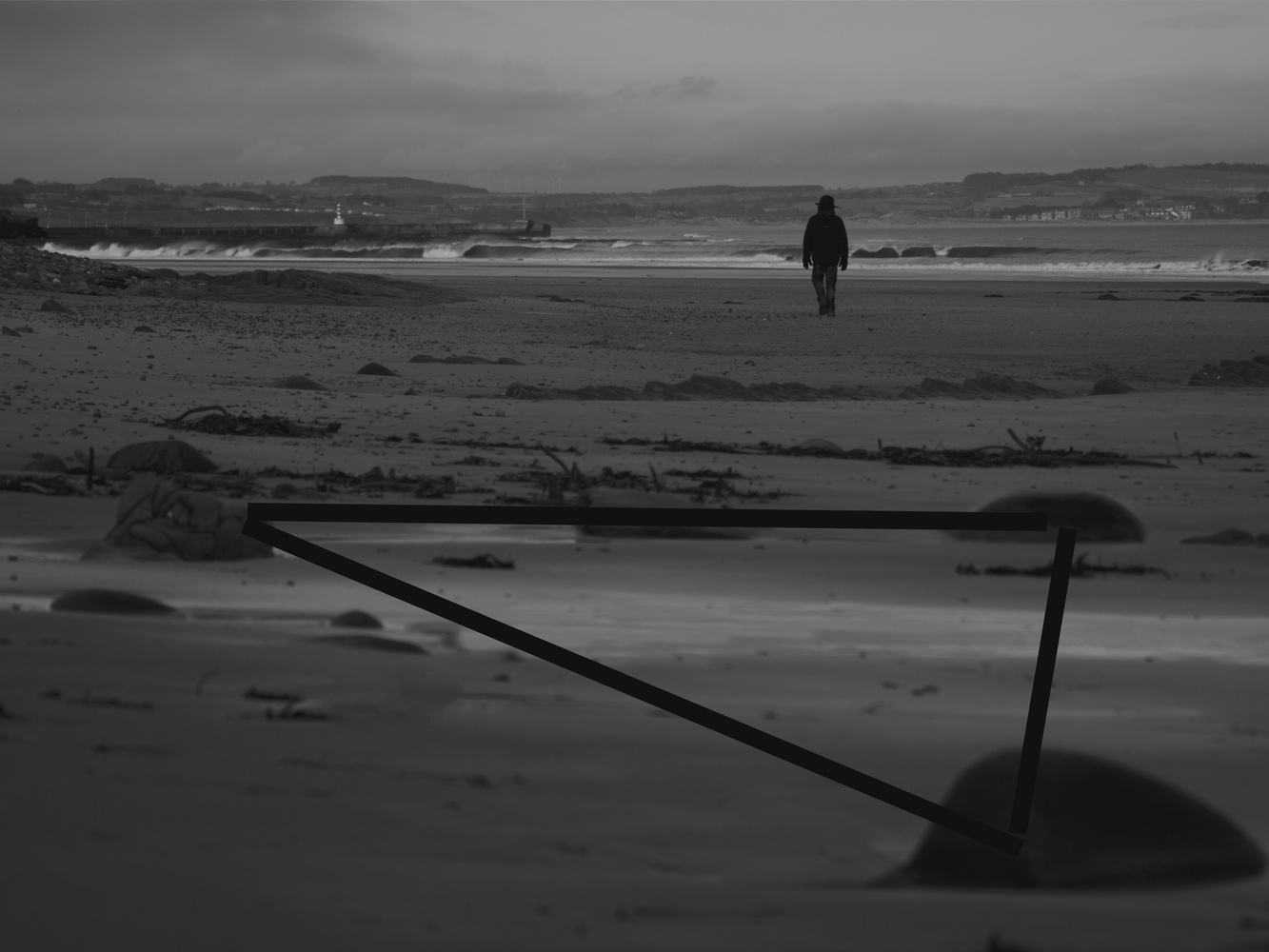 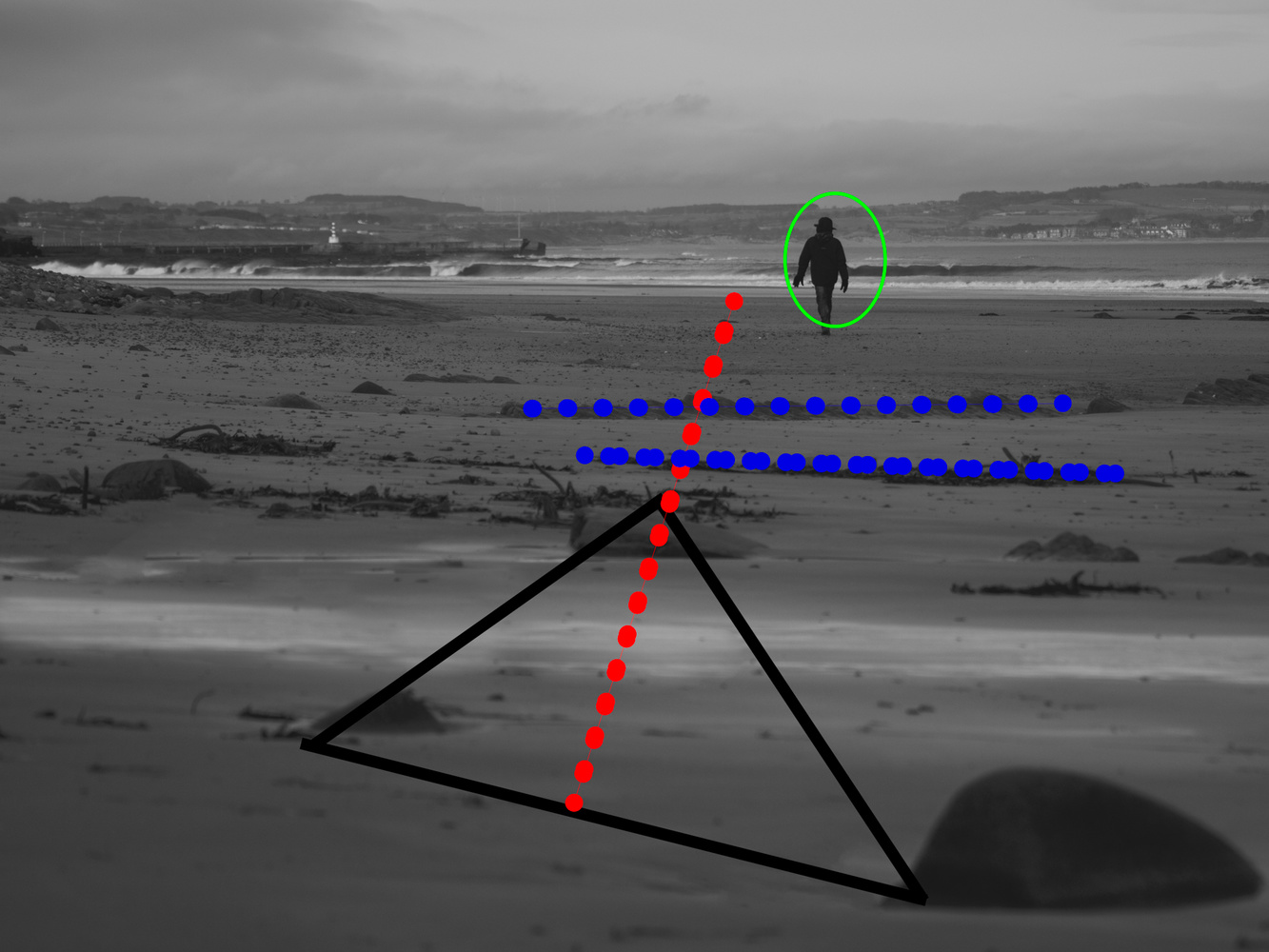 There is a degree of subjectivity here, as your interest in the interrupting object may differ from mine. A passionate ornithologist will favor a bird much more than a car enthusiast. So their eye might rest on a bird sitting on a fence, while the car fan would have their eye on the Chevrolet in the background.

If one line intersects another, the idea of ​​following the road of least resistance still applies. Take the letter X, for example. We see this as two straight lines crossing in the middle. This is because our minds crave simplicity. A crossing a / is the most direct path for our eyes. So we ignore > adjoining < to do the X. 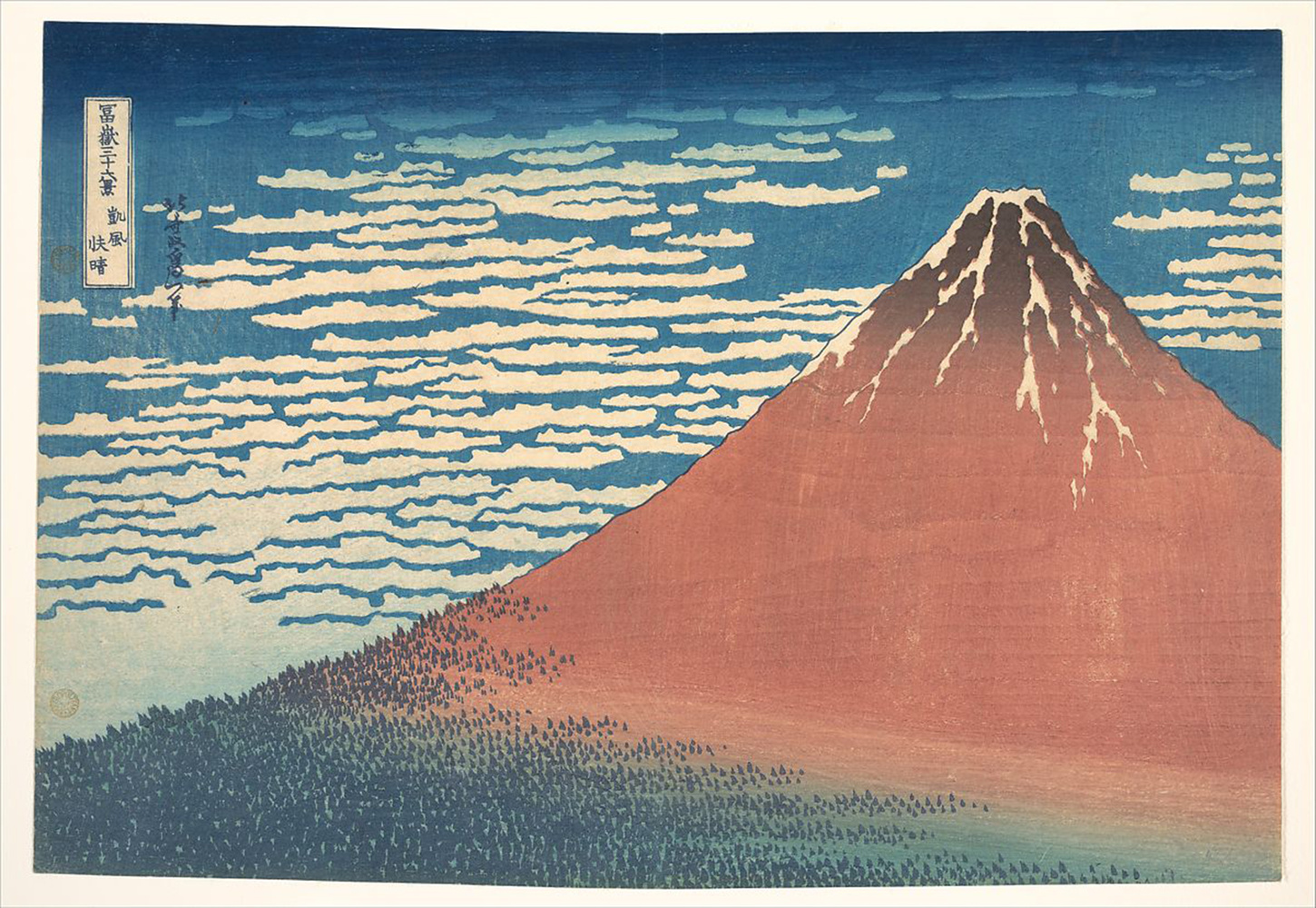 I hope you found this article an interesting introduction to this aspect of composition that ties together some of the topics I’ve covered before. It would be great to see some of your images showing how groupings and lines work.