Tintype Photographic Studio, Silver and Cedar, has exploded in popularity over the past three years, thanks in large part to a captivated TikTok audience.

Matt and Katie run their wet plate studio in Phoenix, Arizona, which uses technology popular nearly 200 years ago in the 1860s, to offer their clients a truly unique photographic product.

But although the couple use instruments from the 19th century, the couple say PetaPixel that it is a very 21st century tool that they are using to grow their business.

The couple estimate they have made more than 2,000 tintype portraits, and the success has seen Katie quit her corporate job, and Matt, who is a tattoo artist and photographer, has reduced the number of days he inks skin. 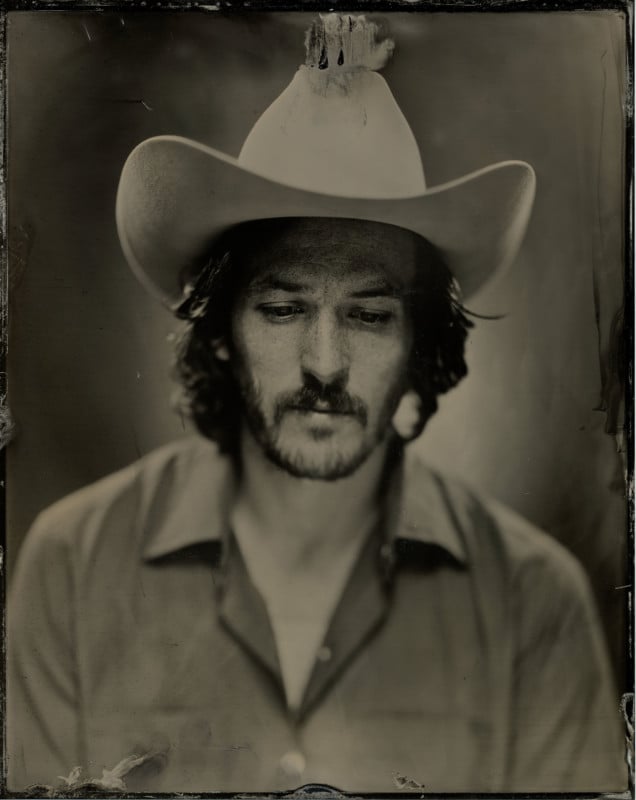 Initially, Matt and Katie were skeptical that such an old-fashioned business would work in today’s America. Matt was offered the opportunity to shoot live at a tattoo convention and wanted to do something different.

“I always heard about tintype and I said ‘shit’ and bought everything I needed. I bought just about everything that was wrong initially, there wasn’t much information at that time.

Things looked ominous for the first two days of the tattoo convention as the couple “sat on their asses.”

“But then a few tattoo artists took their pictures and on the third day they all wanted their picture done. We met a ton of business owners and I emailed them to create pop-ups” , explains Matt.

In today’s endless, oversaturated digital media, Katie says people really miss “the tangible aspect of something they can pass down in their family”. 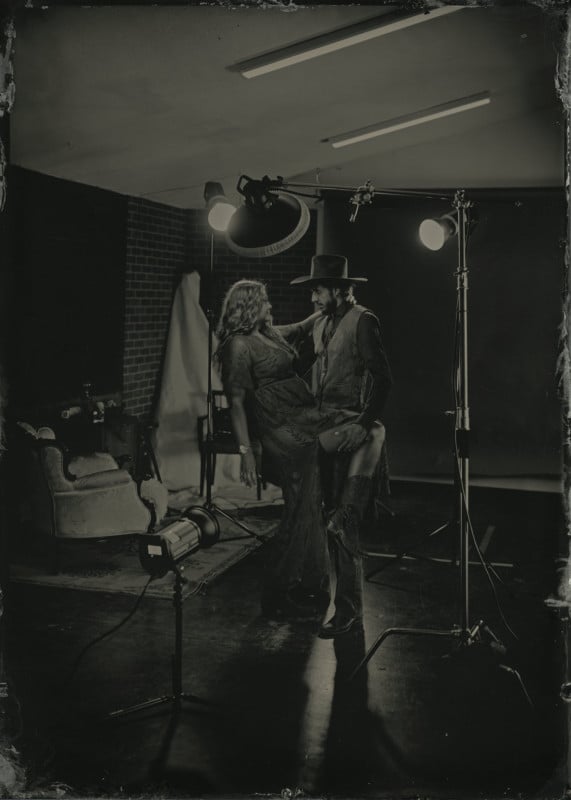 “It’s not on their phones or their laptops, everyone can look at their old photos, they have an outlet to create a family heirloom that they can pass on.

“They don’t have to do a million different poses or try a style they don’t want, they can just sit back and be themselves,” Matt explains.

“We don’t even encourage smiling because it’s more authentic, it’s more of an experience than taking 200 photos,” adds Katie.

“People are nervous about one-and-done, but we’ve got it down to a science,” Matt says.

“It’s very hard not to love them because they look so cool no matter what, we’ve done over 2,000 portraits but we’ve only had five people winking.”

Matt’s wet plates are made of aluminum, whereas in the 1800s plates were made of steel. Remarkably, Matt only has eight minutes to take the picture and process it, from the time he takes the plate out of the silver nitrate, if not the dry plate.

“So when we’re outside and I can’t park my truck close enough, I literally have to run from the pitch to the truck,” says Matt. 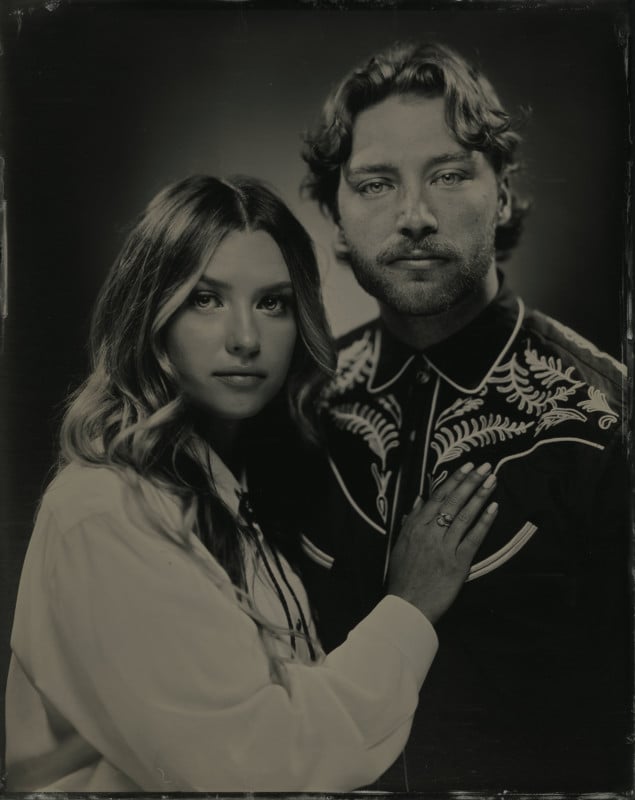 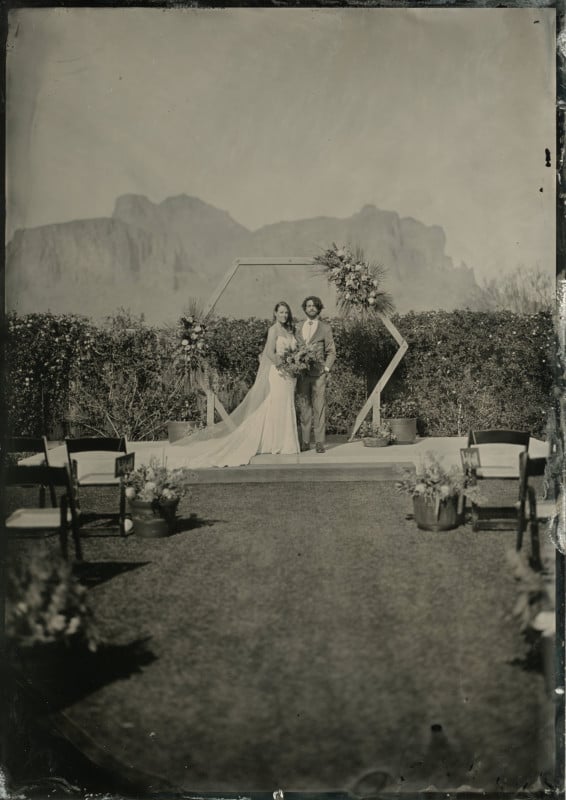 The couple drag the large, old-fashioned camera with them on location. In fact, during Covid, they had a driveway portrait campaign where they would pull into a client’s front yard and take the shot from their truck.

In their Silver and Cedar studio, Matt uses a massive amount of strobe lighting, approximately 3600 watts of strobe power to expose the plaque. For comparison, an average Speedlite is around 200 watts.

“The ISO is around 0-1, there’s hardly any film grain, you can’t measure light, it’s a lot of trial and error,” says Matt.

The chemicals Matt uses are critical, the age of the chemicals and the temperatures they are exposed to are extremely important to the overall picture.

“My main target is my silver nitrate, if it’s not you’ll get weird pictures,” says Matt.

The couple joke that they argued over using TikTok before generating three and a half million likes on their videos.

“We thought we would have to do some dances. The first video we posted had over 80,000 views and we didn’t know what was good about it, we were like ‘is this any good?’ says Katie.

Now the couple routinely have four portraits a day booked, three days a week, so at least 12 appointments every weekend. 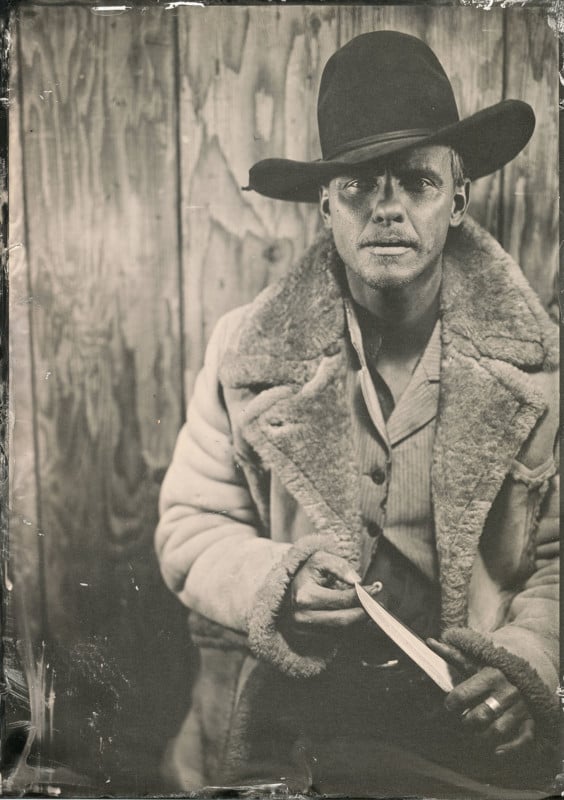 “A lot of the younger generation have never experienced film processing, so when they see it in their hand, they’re like ‘what is this magic?’