book review Passenger Photographs by Martin Bogren Reviewed by Odette England “For some, ‘passenger’ is a word associated with travel, adventure, travellers, hitchhikers, pilots and pilgrims. photography I prefer to watch, my feet up on the dashboard of the car, the window down enough to make the stray blonde fronds float above my ears I like knowing I’m seeing things the driver can’t , feel things that the driver cannot…”

For some, “passenger” is a word associated with travel, adventure, travellers, hitchhikers, pilots and pilgrims. For others, it is anxiety-provoking. Seatbelt. Emergency exits. Sweat. Some people prefer to drive, even insist. I hesitate depending on the circumstances. If I’m photographing, I prefer to watch, my feet on the dashboard of the car, the window down enough to float the stray blond fronds above my ears. I like knowing that I see things the driver can’t, feel things the driver can’t.

Passenger by Swedish photographer Martin Bogren is not a photo book that you pass through like a small town on your way to town. Published by Lamaindonne editions, it is Bogren’s tenth book. It includes fifty photographs taken in Kolkata (formerly Calcutta), the capital of the Indian state of West Bengal, over three winters from 2018 to 2020. This is a book for lingering longer, like that place where you have been stopped years ago and still holds a piece of you. It’s a book of blur and grain, loose light and timid shadows that make life seem to pass you by at the speed of photography.

If you like clear, crisp, formal, frontal photography, this book may not be for you. Bogren prefers haze, patina, silhouettes, twins, reflections and many shades of gray. Not everything Bogren points his camera at is immediately recognizable. Sometimes he’s awkwardly or downright close, sometimes wistfully distant.

Kolkata is a big dynamic city of contrasts and contradictions. Bogren overlooks the large and dynamic in favor of the latter. He embraces contrast through both technique and metaphor. His images show bodies climbing, resting, embracing, approaching or waiting. Jackdaws making eye contact with people and each other. Shoes, hats and hangers awaiting action. The absence of the female body in this book is palpable. In Bogren’s words, “What came to me after a while was a story of men, boys, old people, children and young people, all in a rather sad and lonely setting. [sic] in the lack of women or feminine energies. 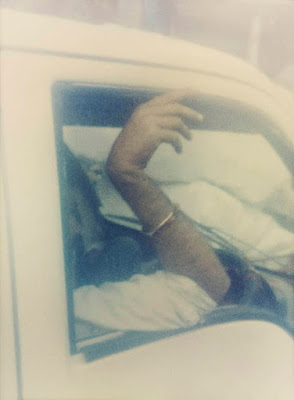 Bogren’s images are open secrets that might otherwise go unnoticed. They remind me of Nancy Rexroth’s Iowa, released in 1977, taken in southeast Ohio with a toy camera. They share a similar aesthetic and a feeling of being everywhere and nowhere at the same time. The two photographers transform the place into a sequence of emotional states. The rhythm of the images accentuates their psychological quotient.

When we are passengers, our body occupies another body, that of a vehicle. When we photograph, the camera is a body that we “drive” and control. Yet a single photograph can surprise by asserting influence and control over us. He can carry us around and take us for a ride. There are two images I needed to know more about, and Bogren kindly shared the details with me in an email exchange. The first is a black and white image taken in the morning in a train station. It represents a body waiting to be removed and therefore covered. The second is the remains of a clay sculpture-idol by a river. On the day I write this review, on the front page of the New York Times is a photograph of the body of a Russian soldier near Kharkiv, Ukraine. Much has been written about the tensions, paradoxes and responsibilities of looking and seeing bodies. I highlight these images because whatever the treatment – ​​in Bogren’s case with seductive soft focus – it is essential to be an informed, ethical and constructive viewer of the images of all bodies (living or dead). Which brings me back to being a passenger and how for some it’s uncomfortable because they feel vulnerable and exposed. We have a responsibility to be more than passengers in everything we watch and photograph.

I can’t think of the word ‘passenger’ without thinking of singer Iggy Pop. I think of him now in the context of Bogren (whose first book The cardigans, it was already that was released in 1996 after several years of touring with the band). The two artists compose on the spot, Pop in the studio, Bogren in the streets of Calcutta. Let’s take a ride and see what’s mine, purrs Pop. This applies to Bogren’s work. No picture we take is ever ours. Every time we photograph, we intrude and must ask ourselves not only if we are doing it with respect and grace, but why we are photographing. I am the passenger, I stay under glass. Bogren is a passenger, looking through the glass of his lens while freeing himself from it. What does he see ? Take a ride with Passenger and look. 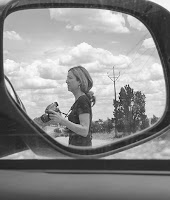 is a photographer and writer based in Providence, Rhode Island and New York. His work has been featured in over 100 museums, galleries and exhibition spaces around the world. She released two photobooks this year: Dairy Character, winner of the 2021 Light Work Book Award; and Past Paper Present Marks: Responding to Rauschenberg, his collaboration with Jennifer Garza-Cuen, which received a $5,000 Rauschenberg Publishing Fellowship.