A CPL filter, or circular polarizing filter, is a popular and powerful filter that can reduce or eliminate reflections and reflections from surfaces in your photographs. In this article, we will present this type of filter and analyze its use and its effects.

What is a CPL filter?

Have you ever seen beautiful summer photos of boats floating on crystal clear waters and wondered why your photos taken at sea are not so clear or pretty? What’s the trick to capturing photos in which you can see below the surface of the water? 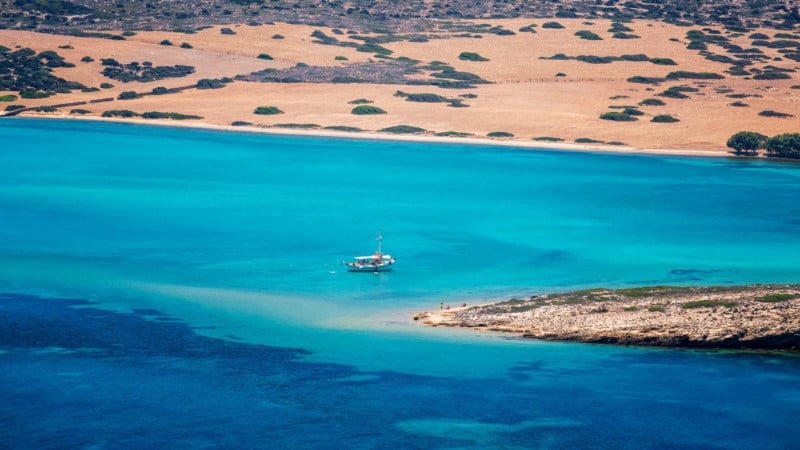 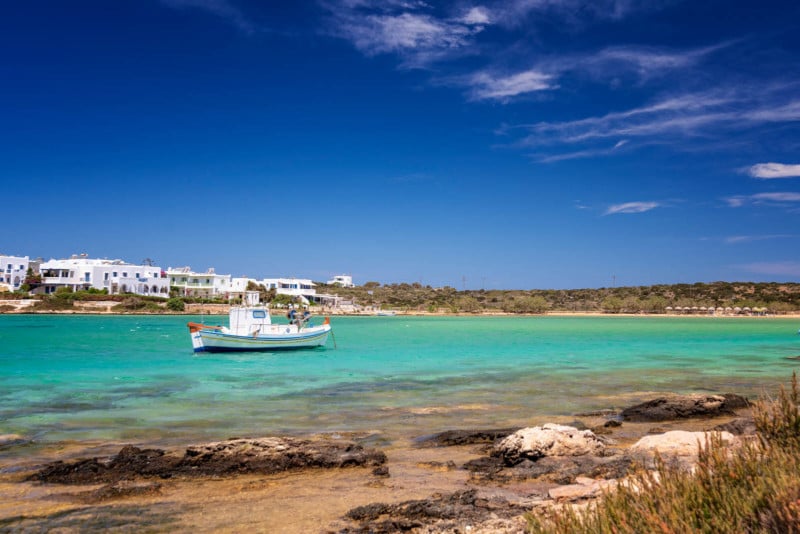 Well, the answer is very simple: this effect can be achieved by using a CPL filter. A CPL filter is a glass filter that reduces or eliminates reflections from reflective surfaces in photos.

It is very important to note at this point that even with the current advancements in AI technology and software, there is still the only filter effect that cannot be reproduced digitally.

Basically, either you’ll capture the scene with the CPL filter removing all unwanted reflections at that point in the capture… or not. The reflections captured in a photo cannot be magically removed from the scene with a photo editing application.

On some occasions it may be possible to remove some unwanted reflections, for example glasses on a studio portrait, but this will certainly require a lot of post-processing time.

Let’s see some before and after examples:

The design of PLC filters

A CPL filter consists of two thin metal frames very close to each other. Each metal frame contains a piece similar to an ND glass.

To note: A CPL filter can also act as an ND filter with a blocking force of 1 to 1.5 stops.

Why should the front element rotate, you may be wondering?

The rotating lens on the front has a linear polarizer that filters incoming unpolarized light, turning it into linear. Basically, since light literally comes from all directions, this glass contains many tiny lines that will block specific light waves, allowing only X-axis waves to pass through.

In the analog age of cameras, when autofocus systems had not yet been introduced, most polarizing filters were only linear.

How a CPL Filter Affects Photos

In addition to removing any reflections and glare directly on the scene, a CPL filter also allows: 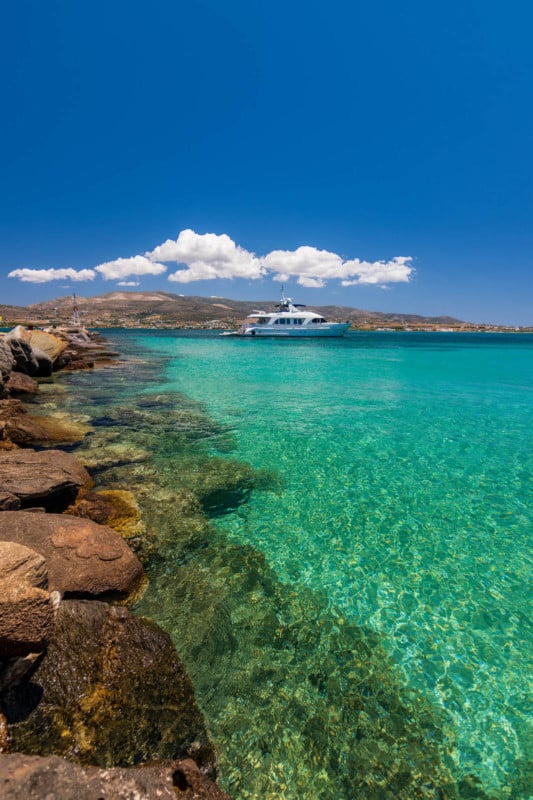 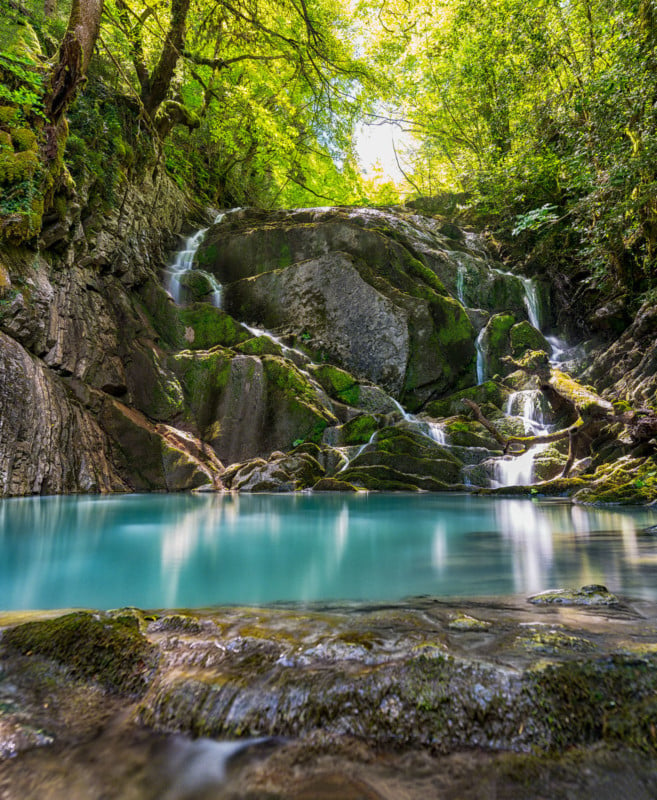 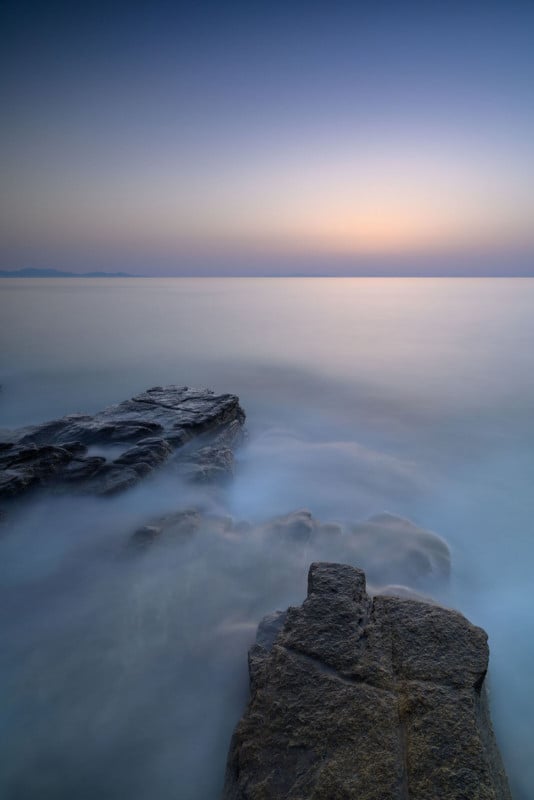 How to get the optimal polarization effect

To obtain the optimal polarization effect, the light source (the Sun, for example) must be located at an angle of 90° degrees with respect to the point where the camera looks.

A simple and very practical way to calculate in the field if you can reach the maximum bias is to use the rule of thumb.

Your index finger should point in the direction of the camera and your thumb will point towards the sun, as shown below: 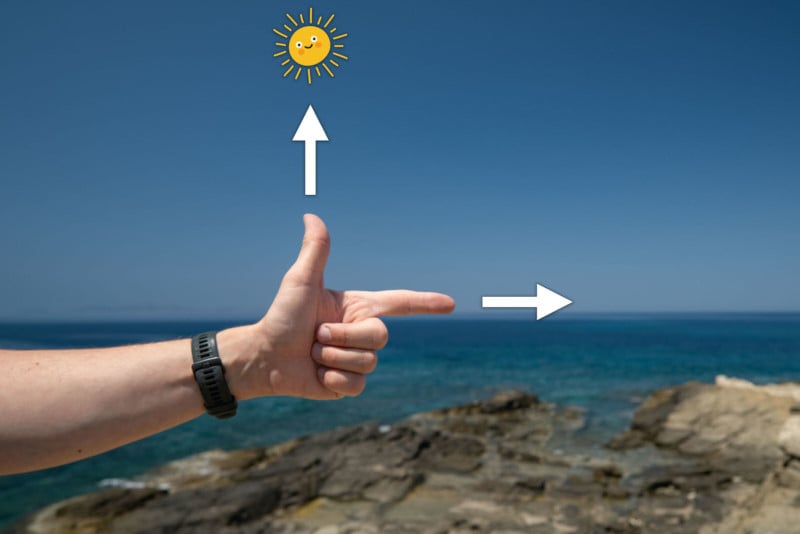 Thus, practically during the summer season when we have the chance to visit beautiful seascapes, noon is the best time to capture the crystal clear waters of the landscape, as in the photo below:

Some filters also have a dot marked on their frame that indicates the correct position for optimal biasing effect. 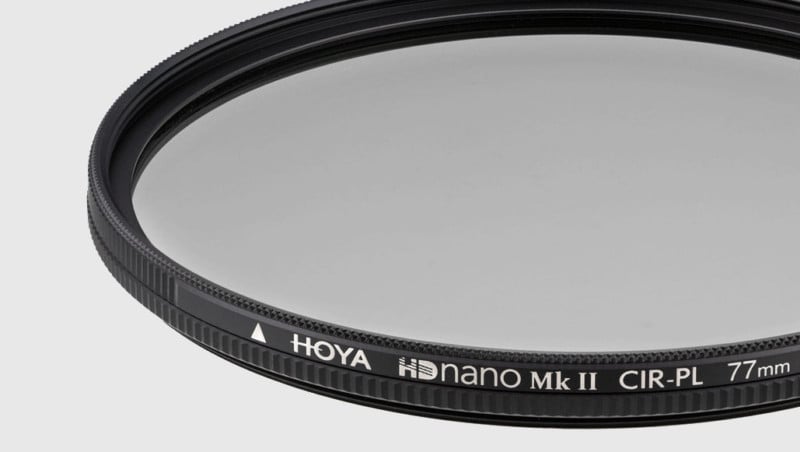 Side effects of CPL filters

A CPL filter is an essential tool in a photographer/videographer’s camera bag and in most cases is extremely useful, but there is an undesirable optical effect that can occur when a CPL filter is used with a ultra-wide lens (with a focal length of less than 24 mm in full-frame format). 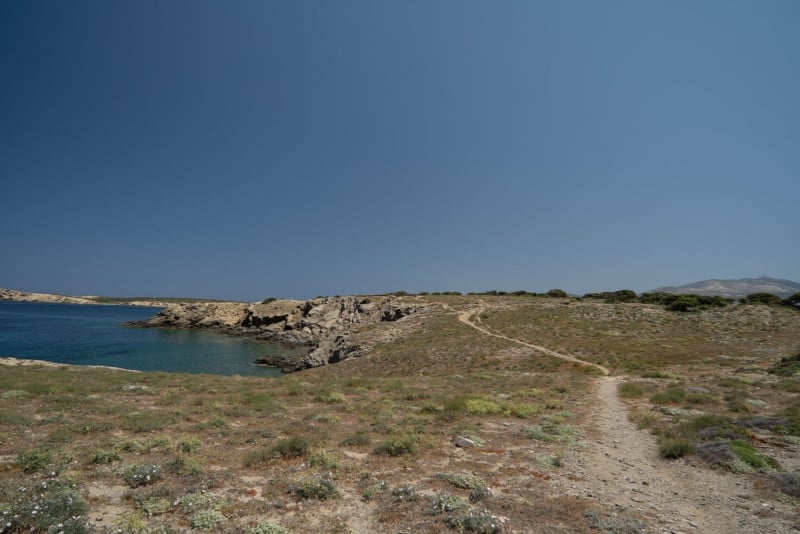 In this case a lens with a 20mm focal length was used and as we can see the filter could not maintain the polarization effect throughout the sky, having produced uneven darker parts in the sky, and more specifically on the side of the image that was far from the sun.

Note that this has nothing to do with the CPL manufacturer or build quality — it’s an optical phenomenon that will inevitably occur.

Also, as often happens with most circular filters, if you’re using an ultra-wide or wide-angle lens, vignetting may be visible if the metal frame of the filter is thick, not thin.

When is a CPL filter useful?

The most common use of a CPL filter is in landscape and travel photography, as it can dramatically improve the image on the fly. Simply rotate the front element until the bias effect becomes visible, and you’ll capture an image with enhanced colors and an increase in overall image contrast.

Especially during fall and spring is ideal as it can create very beautiful tones in the image produced.

Another very common use of a CPL filter is when we need to photograph through glass.

For example, when shooting outside a store or a house as we look through its window. Or from inside a skyscraper observation deck, looking down on the city from a high vantage point.

As its main effect is to cut out reflections, it is very useful in product photography, especially when photographing jewelry and watches.

When not to use a CPL filter

when should you not use a CPL filter for your photos? Especially when your goal is to capture reflections that would be attenuated or eliminated by the filter. 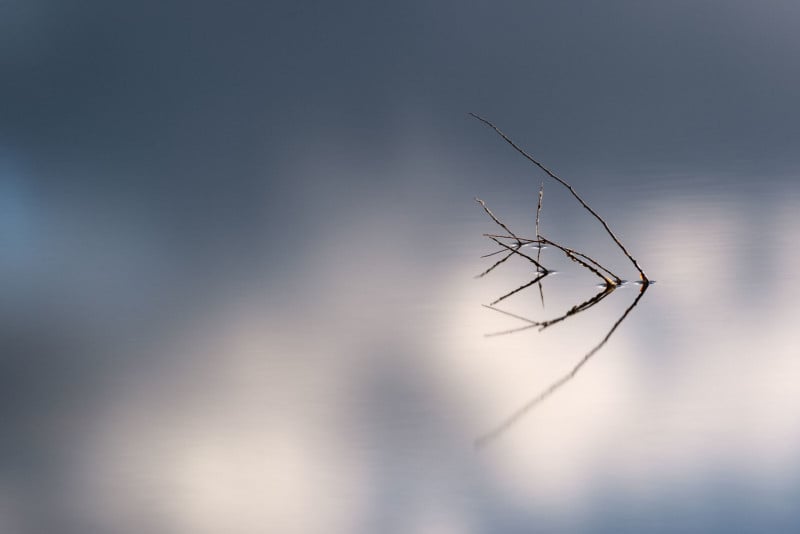 You may also want to think twice about using a CPL filter in low light situations, as the light blocking effects of the filter could make it more difficult to properly expose the scene.

As mentioned earlier, you can also choose not to use a CPL filter when using ultra-wide lenses to avoid creating uneven dark areas in the sky.

As we mentioned at the beginning, the effect of the CPL filter is still something that even the most advanced software cannot accurately reproduce (at least at the time this article was written), and we regard this filter as one of the most important for every photographer.

It’s a very simple and relatively inexpensive way to improve the overall quality of your photos and we highly recommend having one in your camera bag, whatever photographic genre you prefer to shoot.