All About Photo has announced the winners of its 2022 competition which rewards the best individual images from photographers around the world.

All About Photo, founded in 2013, publishes a monthly online magazine and stands as one of the largest online and promises to provide readers with everything they need to know about photography. The publication says it also seeks to showcase outstanding work from around the world as well as meaningful resources.

The organization invites professionals and amateurs to showcase their unique perspectives in its contest and compete for $10,000 in cash prizes and international recognition as Photographer of the Year, now in its seventh year.

This year, a panel of seven judges – Ian Berry (Photographer, Magnum Photos), Paula Tognarelli (Executive Director and Curator Griffin Museum of Photography), Ann Jastrab (Executive Director, Center for Photographic Art, Carmel, CA), Manfred Baumann ( Leica Photographer), Tom Price (photographer, winner of the All About Photo Awards 2021), Giuseppe Oliverio (founder and director of the PHmuseum) and Sandrine Hermand-Grisel (photographer, founder and editor-in-chief of All About Photo) — assessed thousands of entries from around the world and selected 41 winners from 21 different countries and four continents.

The overall winning image was photographed by Marcus Yam for his photo above titled, The Afghan Air Force is a rare US-backed success story. It could soon fail.

Yam won wide acclaim for his photos of the United States leaving Afghanistan, including a Pulitzer.

A soldier surveys the terrain through the window of a UH-60 Black Hawk helicopter during a resupply flight to an outpost in the Shah Wali Kot district north of Kandahar, Afghanistan May 6, 2021. Afghan Air Force, which the United States and its partners have nurtured to the tune of $8.5 billion since 2010, is now the backup of the government in its fight against the enemy. Since May 1, the original deadline for the US withdrawal, the Taliban have overpowered government troops, wresting control of territories and further denying Afghan security forces the use of roads. As a result, all logistical support to thousands of outposts and checkpoints – including ammunition and food resupply, medical evacuations or personnel rotation – must be carried out by air.

Second place was awarded to Debdatta Chakraborty for the image Kebabiyana: 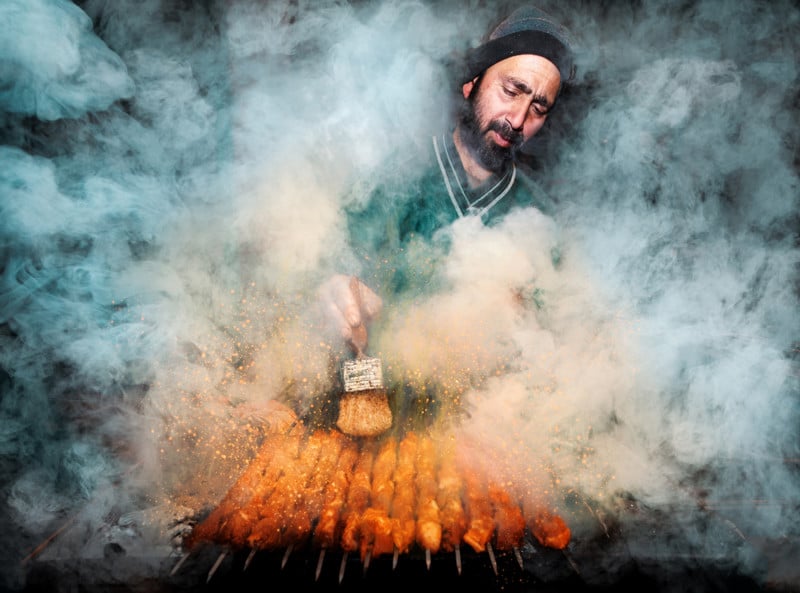 This place was attributed to Konstantinos Tsakalidis for the photo below titled Euboean woman.

Tsakalidis describes the photo as follows:

“I was in the village of Gouves, in northern Evia, with other colleagues, where the fire was heading on the morning of Sunday August 8. When the fire began to threaten the village, I thought that taking pictures from a distance wouldn’t be enough to tell the whole story, so I left the vantage point, inside the village, where we could see (along with other media colleagues) how the fire was was panning and walking towards the houses, in order to capture the reactions and preparations of the inhabitants, who had not evacuated the village (as requested by the authorities) in order to be able to protect their village. I thought that if the fire really approached the houses, these would be the images that would most clearly describe the catastrophe and the consequences of the climate crisis in which we live.

“I was planning to leave where I was supposed to move my car to a safer place as the fire rolled down the hill towards the houses and it was then that I saw a woman in the distance dressed in black man moving awkwardly outside a house. I approached to see what was happening because it was one of the first houses facing the forest. I heard her screaming towards the house, looking for her husband. Then she called me into the yard of the house and emotionally told me about all the hard work they had put into their house (which was now in danger of being destroyed by fire) and the lack of intervention from the government to put out the fire, the moment she told me this, the flames engulfed the pine forest behind the house. This is when I took the photo. This moment was very intense and moving.

“After that I spoke to her neighbors to take care of her as she appeared to be unconscious and informed them that her husband was still at the back of the house on the side where the fire was coming from. “

Fourth place was awarded to Landry Major for the photo below Race against the storm. 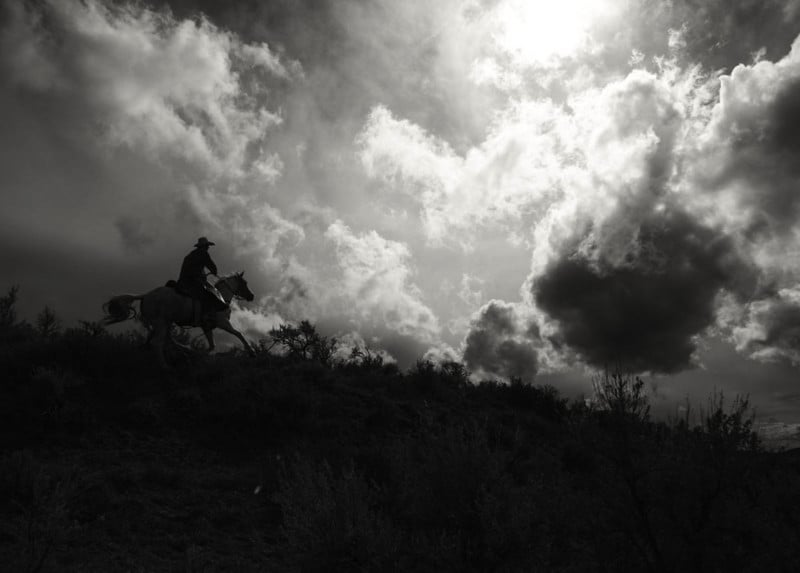 “This image was created in Northern Colorado as part of my Keepers of the West series showing the remaining family ranches in the American West. Over the past four years I have witnessed the strength, the determination and commitment of these families to continue this way of life and pass it on to their children,” says Major.

Fifth place went to Rebecca Moseman for the picture below titled Alesha. 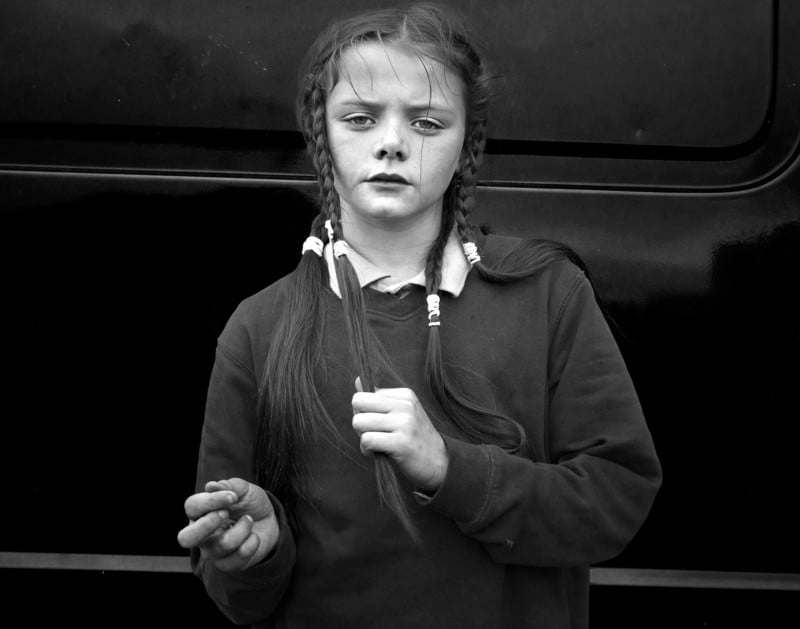 Moseman describes it as follows:

“Alesha, a pre-teen Irish traveler, returns from school in Labre Park, her family’s home site outside of Dublin, Ireland. Labre Park is the oldest traveler stopover site in Ireland. Alesha has lived in this stopover site all her life alongside twenty other traveling families.

These and other winning images can be viewed on the All About Photo Winners Gallery.

Picture credits: All photos are individually credited and provided courtesy of All About Photo.